How many players should be seated at each poker table after all COVID-19 restrictions are eliminated everywhere? One recent social media poll is giving us an indication of where the poker community stands on this issue. 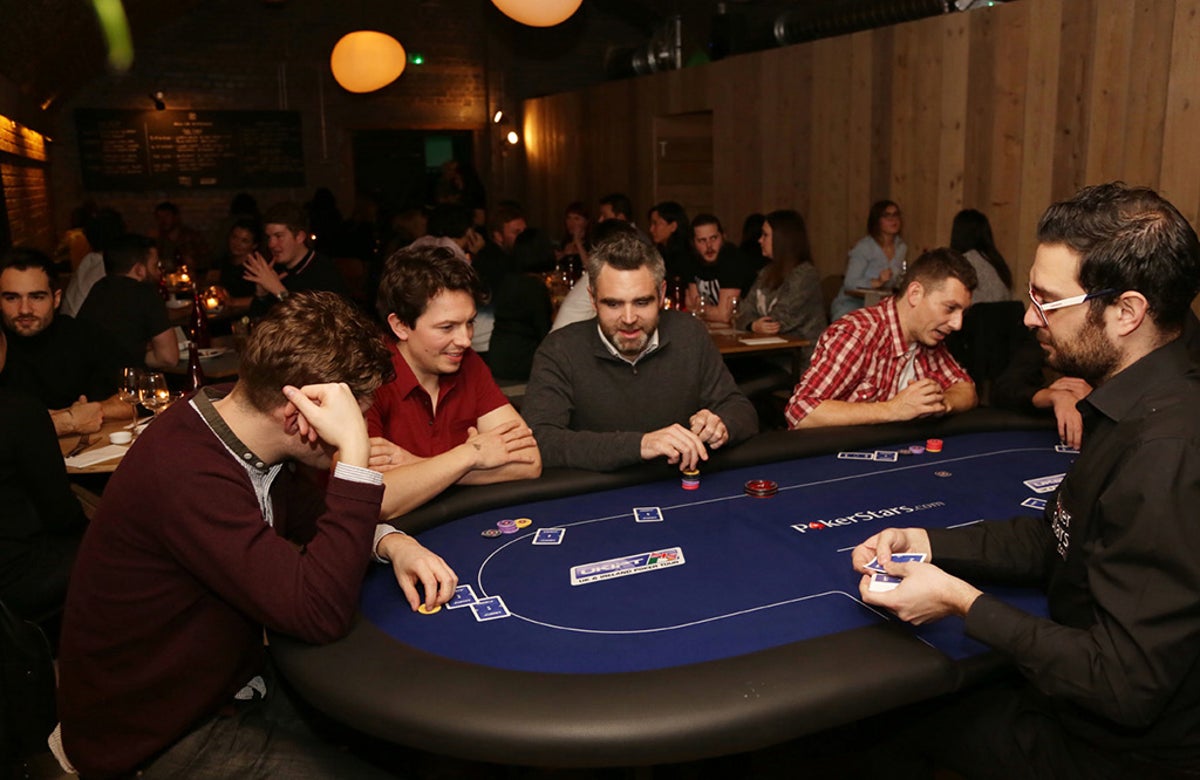 How many players do you want at your poker table? (Image: The Independent)

Live poker games around the world, in most cases, have been limited to between four and eight players per table. Some players have enjoyed the extra arm space, and less exposure to some of their less hygenic competitors. But, others prefer packed tables and have missed the way the game was played pre-pandemic.

What’s the ideal number of players?

Christopher Edmonds (@PKChrisMGMnatty), a tournament supervisor at MGM National Harbor in Maryland, wanted to know what his Twitter followers thought about the issue of deciding how many players to seat at each table. The poll was quite telling and the responses were interesting.

Hypothetical, we remove plexiglass today, after having been 7 handed in Tournament Poker for nearly a year. Would you rather go 9 handed? 8 handed? Stay at 7? Feel free to comment pros/cons based on your experiences.

“Hypothetical, we remove plexiglass today, after having been 7 handed in Tournament Poker for nearly a year. Would you rather go 9 handed? 8 handed? Stay at 7? Feel free to comment pros/cons based on your experiences,” Edmonds asked his Twitter followers.

With over 750 votes cast, it’s clear that poker Twitter is all-in on playing eight-handed poker (60% of votes), while less than 40% are in favor of seven-handed or nine-handed poker. Prior to COVID-19 restrictions, nine-handed play was the standard in most cash games and tournaments. In some cases, mostly busy poker rooms trying to jam as many players in as possible, 10-handed poker was played. But few poker players enjoy playing 10-handed as the tables are just too crowded.

In some major events, such as the WSOP, 10-handed poker is forced upon the players in the larger-field tournaments. Don’t expect 10-handed poker to return anywhere any time soon, however. One Twitter user doesn’t seem to care how players at the table. He just wants to play some cards in whatever form that may take.

“Our casinos are still closed, we haven’t had live poker in over a year so I will, at this point, play with plexiglass, with masks, with carrots instead of chips, standing on one foot, singing the national anthem. You give me whatever rule you want, just give me the freekin cards,” Duncan Ross (@duncanross45) wrote.

Twitter user @CaliforniaPoker1 says he’s in favor of nine-handed poker “until the final table as much as possible” in tournaments. Contrasting that view was @Show4166, who wants either seven-handed or eight-handed play, and argues that nine-handed poker should be eliminated.

“7 handed is great and is been working well. It provides space between players as well,” @1Omid1 argues.

I think 8 handed is the magic number for me. I don’t like being squeezed in with 9 or 10 players at the table.