Defense was optional in this week’s Monday Night Football contest between Kansas City and the Los Angeles Chargers. Poker Twitter marveled at the back-and-forth contest that saw the Rams squeak out a 54-51 victory in one of the craziest – and arguably best – games in NFL history. 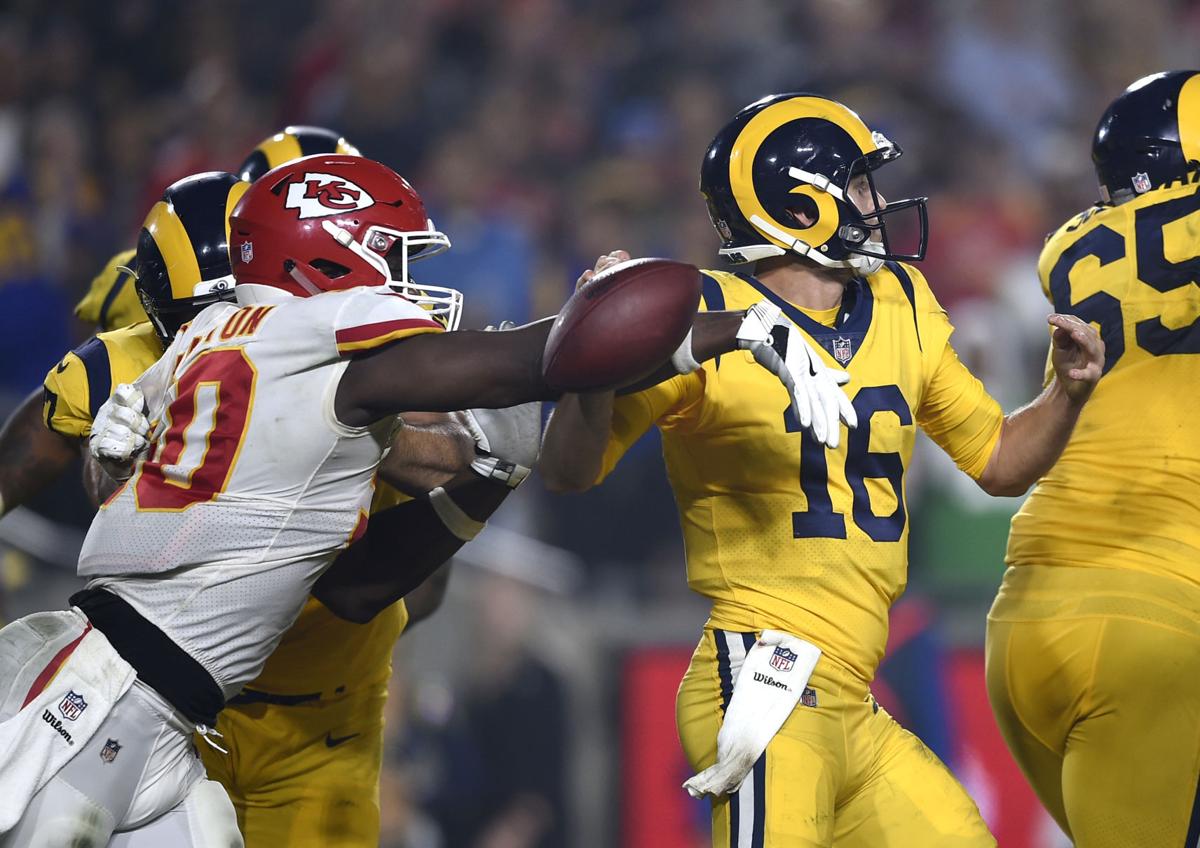 The Los Angeles Rams and Kansas City Chiefs played one of the most epic games in NFL history, scoring a combined 105 points. (Image: greensboro.com)

Kansas City became the first team ever to lose a game while scoring 50-plus points. Quarterback Patrick Mahomes threw for six touchdowns and 478 yards in a losing effort. But his five turnovers proved costly.

Last night was the 773rd Monday Night Football game, and also the highest scoring (third highest among all NFL games). Oddly enough, in an offensive slug fest, three defensive touchdowns were scored, two off Mahomes fumbles. Poker Twitter was amazed at the caliber of play on the field at the Los Angeles Coliseum.

It was certainly a game for the ages. Poker Twitter took a break from the political bickering and chip count sharing to gloss over last night’s epic game.

This might be the greatest football game of all time

While in most cases it’s hyperbole when a fan deems a game “the greatest of all-time.” But last night’s game might have actually been one of the best. Josh Arieh, the third place finisher in the 2004 WSOP Main Event, really enjoyed watching the Chiefs and Rams play, although we don’t think the NFL will go along with his suggestion.

Can we just cancel the rest of the league and have these two teams play every week?? Thx @nfl

If you’re the Chiefs you gotta feel good. In 1 qtr and 3 drives you’ve only given up 2 tds and a field goal

David Williams, another member of that 2004 Main Event final table (runner-up to Greg Raymer), used all-caps to express his excitement for the high-scoring affair.

Game for the Ages

Last night’s game was one of the most hyped NFL contests in recent history. Both teams entered the game at 9-1, tied with the New Orleans Saints for the best record in the NFL.

Kansas City and Los Angeles are near playoff locks and are almost certainly bound to win their respective divisions. So, there technically wasn’t a ton at stake for either of these teams other than trying to secure home field advantage throughout the playoffs. But it’s rare for a pair of 9-1 teams to face off, so the football world – not just poker players – was tuned in for what was sure to be an epic battle.

And the game more than lived up to the hype. Quarterbacks Jared Goff and Mahomes combined to throw for 891 yards and 10 touchdowns.

In a game where the defenses got torched, Rams linebacker Samson Ebukam scored a pair of defensive touchdowns off Mahomes fumbles. Chiefs defensive lineman Allen Bailey returned the favor with a fumble recovery for a score of his own.

Kansas City trailed 40-30 entering the fourth quarter. It took the Chiefs less than four minutes to eliminate that deficit. Los Angeles answered back with a quick touchdown to regain a 47-44 lead. We were just getting started.

With less than three minutes remaining, Mahomes hit Chris Conley for a 10-yard touchdown to put KC back out in front 51-47. But the game was far from over. Chiefs fans knew the team scored too quickly.

It took Goff less than a minute to drive 75 yards for what would be the game-winning score. Kansas City still had three timeouts but a fifth Mahomes turnover sealed the deal for the Rams in what many consider one of the best NFL games ever.

Don’t know about anyone else but I enjoyed it. Aaron Donald reminded folks why he is best defensive player. Had Kansas +3.5 on the spread and had the over in points at over 63 so good night

With respect to those who still watch these games. I have a story. My son was almost killed in Afghanistan. Many people died during 911. An iconic moment was the raising of the American flag at the site. I also witnessed a Marine holding an american flag while a millionaire quarterback showed his disrespect feet away. I twitted one NFL group about how disappointed I was and the only answer I ever was received was “We Don’t Care” in reference to my feelings. The league is artificial. They do what they can to bilk our citizens of their hard earned money. I will not watch professional football again. I hope that all veteran service people and people who love our country will do the same.