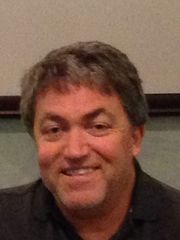 William “Bart” Davis and John Newmerzhycky, two California poker players who, in 2013, had their bankrolls confiscated during a warrantless search by Iowa state troopers, have won damages from the state after a long battle to clear their names.

The state agreed to settle the lawsuit by returning 90 percent of the funds to the players, plus $60,000 in damages.

Also this week, Iowa announced that it would be disbanding its Drug Interdiction Team, which oversees the controversial civil forfeiture policy that allowed the seizure to take place.

Davis and Newmerzhycky were driving along the Interstate 80 In April 2013, when they were pulled over by traffic cops and subjected to a search.

The officers, Justin Simmons and Eric VanderWiel, claimed that they were stopped for failing to signal as they overtook another vehicle, although the patrol car dash cam clearly showed his had not been the case.

Simmons and VanderWiel found $100,020 in the trunk of the car, along with a minimal amount of marijuana, around 0.001 grams, although both men held medical marijuana licenses back in California.

The cash, which represented the entirety of the players’ bankrolls, was seized under the civil forfeiture scheme, which allows law enforcement to confiscate cash and property without the need for a warrant or criminal charge.

The policy was adopted 30 years ago as part of the war on drugs, but its critics say it’s too easy to abuse and that law enforcement agents are incentivized to do so to generate revenue for their departments. Many argue it’s unconstitutional.

“They Took Everything I Owned”

Davis and Newmerzhycky had their bank accounts frozen following the incident and also faced felony charges. They spent thousands in the ensuing battle to clear their names, during which time Newmerzhycky suffered a stroke.

“They took everything that I owned at that point in my life,” Newmerzhycky later told Card Player. “My game was just starting to get on point and we decided to take that road trip. I was dealing with a lot of personal issues. My mom was battling cancer and they were trying to sell their house.

“Those Iowa cops pretty much put an end to [poker] too and ruined my life. I had people willing to back me at the time, but after this happened that was all off the table. Basically, I had to move out of my house and be homeless for a while because I couldn’t pay my mortgage.”

A legitimate government should not declare war and then militarize against its own people. Historically, the use of force to address non-violent, victimless activities has produced only negative results.

During the 1990s, as part of the War on Drugs, General Barry McCaffrey, a Vietnam and Gulf War I veteran, instituted a “troops to cops” program which subsidized police departments for hiring returning veterans who get a rush out of search and destroy missions. This prohibition-fueled cancer of unbridled militarism has helped to evolve our republic into a de-facto police state.

Prohibition, coupled with the senseless contra wars in Latin America (funded by clandestine CIA cocaine shipments into North American cities), has destabilized the whole region south of our border. This has resulted in mass violence and an persistent flood of refugees that seek entry into the United States.

Portugal decriminalized all drugs. in 2001. The percentage of drug addicts infected with HIV has rapidly declined, from 50% to 20%. The number of drug overdose deaths and problematic drug use, especially among adolescents, has also greatly decreased.

Our policy regarding drugs is in the hands of pay-to-play, war-mongering, incompetent frauds; illegal Drug Cartels cannot operate without the support and collusion of politicians, banks, government bureaucrats, and police officers. The American Federal Government has become the most dangerous and corrupt corporation on the planet. Prohibition has been a slow but relentless degradation (death by a zillion cuts) of our cherished national, and also international, institutions. This will leave us crippled for numerous generations.

In 1989, The Kerry Committee found that the United States Department of State had made payments to drug-traffickers. Concluding, that even members of the U.S. State Department, themselves, were involved in drug trafficking. Some of the payments were made even after the traffickers had been indicted by federal law enforcement agencies, or even while these traffickers were under active investigation by these same agencies.

The involvement of the CIA in running Heroin from Vietnam, Southeast Asia and Afghanistan, and Cocaine from Central America, has been well documented, by the 1989 Kerry Committee report, academic researchers Alfred McCoy and Peter Dale Scott and the Pulitzer Prize winning journalist, Gary Webb.

The United States jails a larger percentage of it’s own citizens than any other country in the world, including those run by all the worst totalitarian regimes. US citizens still use drugs at a higher rate than most other countries. Prohibition has truly morphed into a very serious moral transgression against all of humanity.

well said above. these criminal gangs (state troopers) from many many states have been robbing
honest citizens for 25 years and I’m happy to see someone win against them. even knowing they were wrong they only gave back 90%. sic