The poker community sure loves drama. As the 2018 WSOP begins, Phil Hellmuth is causing a stir on social media for charging potential investors what some consider excessive markup on a $10,000 buy-in bracelet event. 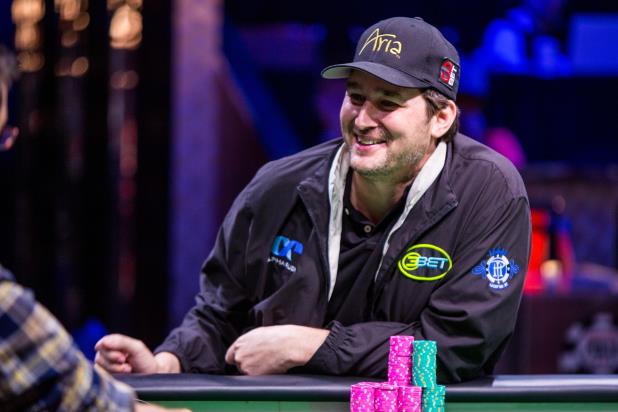 The Poker Brat posted an ad on YouStake, a poker staking platform, seeking a 30 percent investment in Event #2, $10,000 No-Limit Hold’em Super Turbo Bounty. Poker staking is common especially at the high stakes levels, but Hellmuth’s approach has many questioning his character and intelligence.

Most players charge a markup which is typically based on that player’s perceived skill level. A poker pro who has millions of dollars in winnings, such as Hellmuth, will often charge a higher markup than a less successful player because that’s what the market commands.

How Much is He Worth?

No one in history has more WSOP bracelets than Hellmuth (14) and he’s one of the winningest all-time tournament players. But many believe the “white magic” has rubbed off and he’s well past his prime. Still, he asked for and has sold the full allotment of $3,000 for a $10,000 buy-in event at a markup price that has angered many poker players.

Matt Berkey, who is no stranger to the high stakes poker scene and openly admits he sells off a portion of his action, criticized Hellmuth for frequently arriving late for tournaments and said doing so is “bordering on thievery” when backers are involved.

On Twitter, Berkey said although the free market dictates that consumers are free to “do as they please,” he believes it’s “critical to growth and protection of our marketplace/ecosystem to point out valuations that cannot ever see a fair return.”

In layman terms, the poker pro is suggesting, given the excessive markup Hellmuth is charging, his backers are investing in a losing proposition. Scott Seiver, another regular in the high stakes poker scene, agrees.

What a stain on the community he is.

Despite the backlash from the poker community, Hellmuth refused to apologize or offer his backers a better deal. Instead, he defended his actions by claiming to have “the best ROI in history.”

I’m sure I have cashed for $2 for every $1 in @WSOP NLH tourneys! Obs not robbing anyone…Blocking and Muting you https://t.co/DOSgyErjEZ

Matt – I posted two $10k tournies lifetime on @YouStake and cashed for over $50,000 both times. I have best R. O. I. In history (see USA Today article a few years back). I believe my mark up is warranted. You have issue w that. But you use the word “Cannibalistic,” really? https://t.co/obs1eR6Xaf

Hellmuth, like any outspoken person in any industry, has his critics. But, love him or hate him, his love for the game seems undying. For a long time it’s been a place where he’s made money both on the table and off.

Well, I’m not going to say I understand what these guys are talking about because I do not understand.
I think this player is misunderstood. No matter what upheaval he lives, if he thinks he is the best player in the world. Now he is the biggest winner of wsop, he is only left behind when someone goes through it. The problem is that I see many pointing the finger at him, judging him and this does not seem legal. As for the value he’s asking, accept who you want.

I guess he has the right to ask for whatever he wants, and it’s up to the people to decide whether to invest in him or not.. I mean I don’t think it’s a good ting to ask for so much more, but who am I to say what he can and can’t do.