The World Series of Poker seems poised to have a hit on its hands with the introduction of the $1,500 Mystery Bounty event this summer. 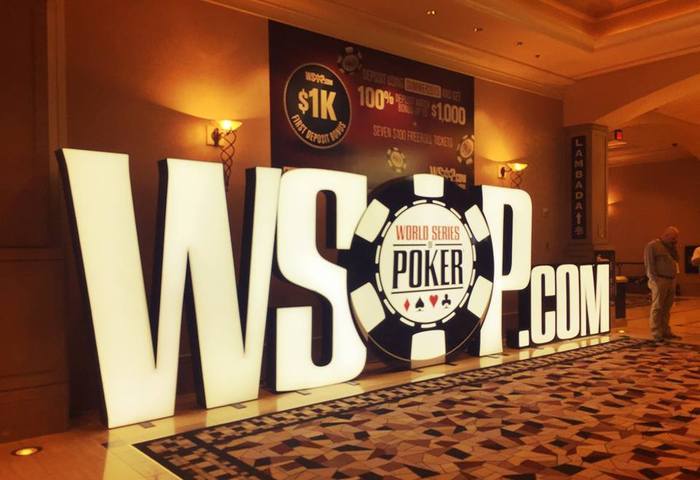 The WSOP has done well in recent years in creating new and exciting events to keep players engaged and the 2020 edition’s $1,500 Mystery Bounty event is likely to continue that tradition. (Image: Cardschat.com)

If you haven’t heard about the June 28 tournament yet it will work like this: the event will run like a normal No-Limit Texas Hold’em bounty freezeout tournament, with every player having a bounty on their heads, except 100 of the bounties will have bonuses worth much more – up to $250,000 for one lucky headhunter.

All other bounties will be worth $100 each. It’s unclear yet, with structure sheets and rake structures yet to be released, what percentage of the prize pool will be kept by the WSOP and how the top-heavy bounty structure will affect actual tournament payouts. The WSOP has said that the normal top 15 percent of finishers will be paid.

The usual $1,500 bounty tournament at the WSOP has featured bounties worth $500 each, with the rest of the buy-ins (less the rake) going to the prize pool.

Adam Schwarz, co-host of the DAT Poker Podcast, said on a recent show that Seth Palansky, WSOP’s vice president of corporate communications, told him that no bounties will be awarded until after registration is closed, which seems logical since tournament organizers don’t want to give out the big bounties until after the field is set, lest it hurt final attendance numbers.

The WSOP plans to use a random number generator to determine the value of each bounty as the tokens are presented for redemption, Palansky said.

“I think this is going to be a huge success,” Schwarz said. “This will drive a lot of casual traffic to this tournament.”

Schwarz and his co-hosts, Daniel Negreanu and Terrence Chan, agreed that more emphasis than ever will be placed on collecting bounties due to the jackpot nature of them in this event, with the action slowing down once the bigger prizes are awarded.

“It’s going to be a Gong Show,” Chan said. “Bounty tournaments are just super fun in general so this is just double extra mega fun if they do it right.”

Chan said he figures it would be smart for players to call with any two cards in the big blind if an opponent shoves with 10 big blinds or less and their call closes the action.

“Give me a napkin and a queen,” he said to laughs from his co-hosts.

Such events as the Monster Stack and Colossus drew plenty of chatter in the run-up to their debuts and proved not only big successes, but also have continued to be on the schedule every year. It will be interesting to see if the Mystery Bounty event enjoys the same success.