We’re only 7 1/2 months into the year but six poker players already have over $10 million in live tournament cashes since January 1. Bryn Kenney, far and away, leads the way after his $20.5 million score at Triton London. 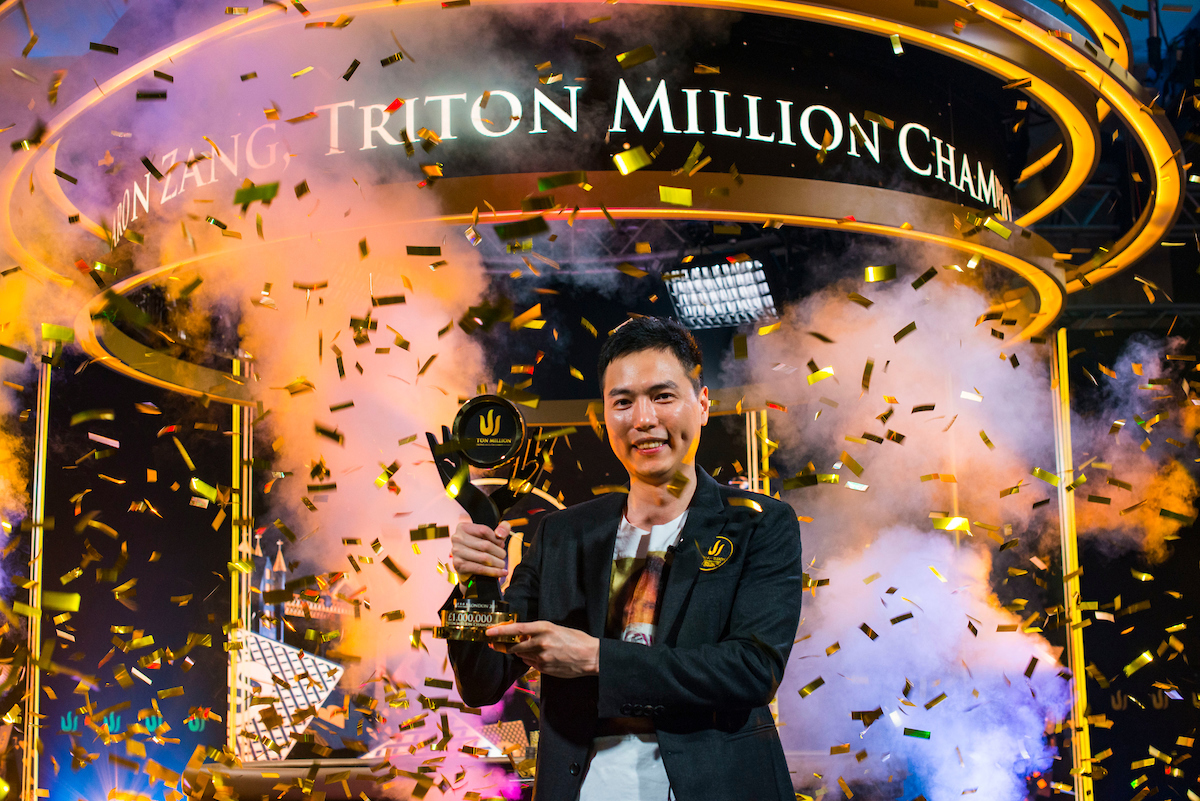 Aaron Zang is one of six poker players with over $10 million in cashes this year. (Image: triton-series.com)

Hossein Ensan, winner of the WSOP Main Event, is one of the six wealthy individuals on the list. The German pro bested a field of 8,569 in July to win poker’s most prestigious event for $10 million.

Ensan became the second German world champion. Pius Heinz, the 2011 winner who has been mostly absent from poker since, was the first.

Bryn Kenney broke a few records this year. First off, with his $20.5 million score in the Triton Million for second place, he surpassed Justin Bonomo as poker’s all-time winningest tournament player at $55.5 million. That runner-up finish was the largest score in tournament history. He also set a single-year earnings record at $29.8 million. And it’s only August.

Poker Players With More Than $10 Million in 2019 Cashes

Zang, depending on how you look at things, was the biggest winner instead of Kenney. He actually won the Triton Million event in London but took home a smaller piece of the pie – $16.78 million – because of a heads-up chop agreement.

Chidwick, one of the most consistent high rollers ever, is the only player on the list to have won $10 million or more last year, or any previous year. The Brit finished fourth in the £1,050,000 Triton Million for $5.37 million in US dollars. He’s earned a profit of at least $1 million in three tournaments this year.

Who’s on the Cusp?

Six poker players currently have over $10 million in cashes this year. But you can rest assured they won’t be the only ones to hit that mark this year. A few others, and possibly the Super High Roller Bowl champion, are on pace to hit the eight-figure mark in 2019.

Congratulations to all the poker millioners! We hope we have seats there too. I would like also to know what are their loses too, to the way to reach those profits. I think they have lose or invest big prices too!

This is really inspiring for the rest of us who dream of advancing to this level. It also shows how mush poker has grown and is continuing to grow worldwide, as more and more people become involved and tournament fields get larger, it will become more and more common to have players either taking down one big score or compiling several larger scores into a big year. I think this is great for poker and I hope that more online sites can get involved by offering seats into these events.