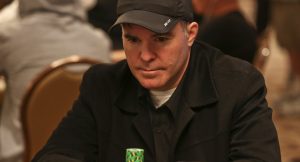 Poker pro Cary Katz is beating out billionaires like Sheldon Adelson and Steve Wynn as 2014 political donor of the year in Nevada. Catz, the high-rolling poker player with a propensity to inflict sick bad beats,  is the Silver State’s biggest contributor to political campaigns during the 2014 election cycle .

He may have come to the attention of most of us recently for cracking aces with aces at this year’s Big One for One Drop, but he’s a well-established poker player, having been a regular on the tournament scene since 2004.

He’s also a big donor to the Republican Party, contributing more than twice that of the next biggest donors from Nevada, who coincidentally are the aforementioned Adelson and Wynn.

And why shouldn’t he? It’s been a very good year for Katz, obviously. He cashed an impressive six times at the World Series of Poker (WSOP) this year and his eighth-place finish at the Big One for One Drop netted him $1.3 million. In fact, if you add up what he’s won this year in poker tournaments and subtract the buy-ins, you arrive at a number not far short of the $860,800 he’s donated this year. Now, we’re not saying that Katz is donating his poker winnings to the Republican Party, but it kinda looks that way.

The figures are according to analysis by the Center for Responsive Politics, which lists individual donors nationwide. The group looks at contributions to federal candidates, parties, political action committees and other political organizations.

Katz made his money outside of poker when he founded a student loan company, the College Loan Corp., in 1999, of which he is board chairman. Located in Summerlin, Nevada, a suburb of Las Vegas, the company is the seventh-largest student loans business in the US, has over 800,000 borrowers and handles $10 billion in student loan assets.

According to the Las Vegas Sun, Katz, who has six children, is also chairman of Stop Child Predators and has served as president of St. Gabriel Catholic School.

Interestingly, and we are sure it’s pure coincidence, Katz’s party of choice recently blocked a bill that would have allowed millions of borrowers, some with longstanding student loan debt and interest rates as much as seven percent, to refinance at today’s lower rates.

Katz unwittingly became one half of a viral sensation when a clip of him running aces into aces at this year’s One Drop became a hit on social media and has been watched over 6 million times on YouTube. Katz makes a flush on the river to knock Connor Drinnen out of the tournament in what must surely be one of the cruelest and most expensive bad beats of all time.