In 2010, Phil Laak set a seemingly impossible Guinness World Record by playing 115 straight hours of cash game poker. Later this summer at the 2019 WSOP in Las Vegas, low-stakes grinder Zach Gensler claims he’s going to surpass that record with a 120-hour session. I caught up with the ambitious poker player to find out if he’s crazy or if he’s capable of pulling it off. 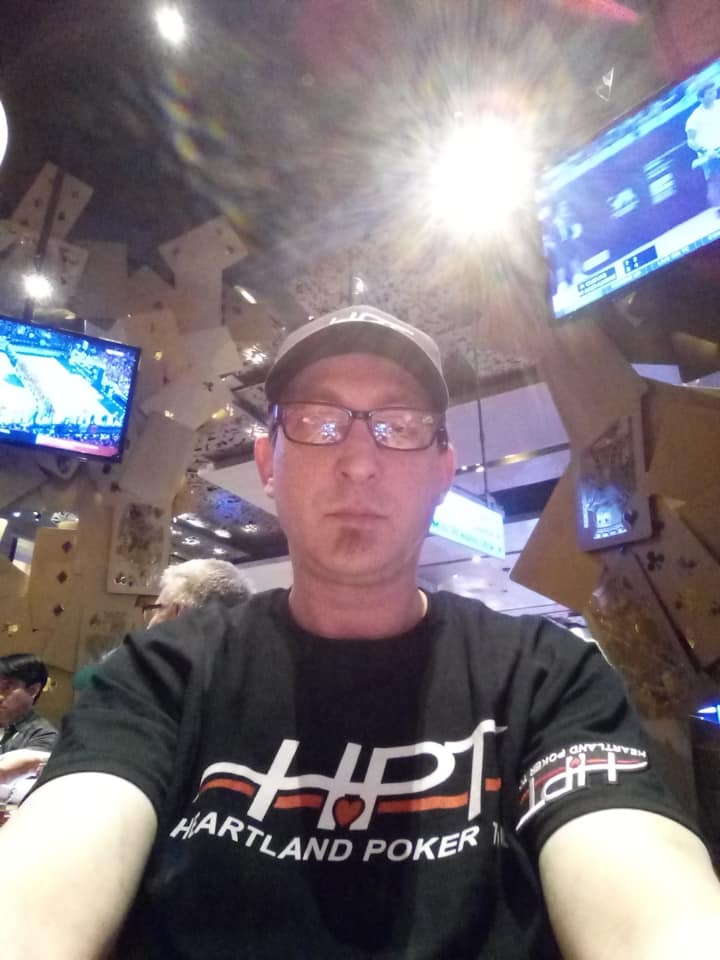 Zach faces numerous challenges, including but not limited to, sleep deprivation, financial losses, and physical strains. But those real possibilities aren’t much of a concern to him, apparently.

“I give myself an 85 percent chance of playing 120 hours straight,” he said.

Gensler says he will play $1/$2 no-limit stakes during his potentially historical cash game session. He vows to give half of his winnings during that session to various charities.

What are the Risks?

Putting aside playing poker, staying up for 120 hours consecutively can be harmful to your health, at least for someone who isn’t in solid physical condition.

According to HealthLine.com, after three or four sleepless nights, you can start to hallucinate. That’s only 72-96 hours, which isn’t even close to Laak’s record. The health advice website also says prolonged sleep deprivation can cause cognitive impairments, delusions, irritability, paranoia, and psychosis.

In layman’s terms, it wouldn’t be surprising if, after a few days, Gensler began confusing A-4 with pocket aces or unintentionally mucked the best hand. Heck, I’ve done those things during eight-hour sessions.

HealthLine.com also claims that sleep deprivation leads to poor eating habits. After multiple sleepless days, the website says, an individual is likely to start craving unhealthy foods. Well, I guess that explains why I always crave Taco Bell or McDonald’s at 3 in the morning after a long poker session but never any other time of day.

FYI, the current world record for sleep deprivation is 266 hours, or just over 11 straight days.

Reaching Out to Laak

If anyone can provide Gensler with some advice for his journey, it would be Phil Laak. After all, he’s the world record holder and also the only poker player to play for more than 100 straight hours.

So, naturally, Gensler reached out to the “Unabomber” for some advice. And he got nothing out of it.

“I reached out to (Phil) and (Aria Poker Room Manager) Sean McCormack also reached out to him on my behalf,” he said. “But Phil is not interested in me or my Guinness World Record quest, it seems. I even tried to place a wager with him of $10,000 through Sean.”

“If I could play 100 hours straight, he would buy me into the WSOP Main Event. If I can’t, I would buy him in. He didn’t want to do that. Also, he has shown no interest in helping me raise money for charity.”

There may be a number of reasons why Laak is disinterested. It’s possible he’s come across numerous players who told him they would break his record and never did. Or, perhaps, he doesn’t take Gensler seriously given the low stakes he’s playing. Phil played in a $10/$20 game during his 115-hour record-breaking session.

Playing long poker sessions isn’t a big deal to Zach Gensler. In fact, he says, the longer he plays, the better he performs.

“I’m better at marathon sessions than, say, a 12-hour session,” he told me.

Zach said his longest session was 80 hours in April at Aria in Las Vegas, his favorite poker room. That was enough hours for second all-time behind Laak, and two hours ahead of previous record-holder Paul Zimbler’s 2009 accomplishment.

“I did get tired around 33 hours,” he says. “But I pushed on and drank fluids and mostly proteins to regain my energy. I’m not built the same as most. I have extreme endurance an willpower.”

Gensler will arrive in Las Vegas later this summer and plans to begin his long poker session on June 27 at the Rio during the World Series of Poker. He isn’t doing it just for the attention or the money. Zach has something more valuable in mind.

“My life’s mission is to help people in the hope to make the world a better place. I did not always think like that. I’ve become more loving since my mother’s tragic death when she was on vacation in Texas in 2008. I was very depressed after my mother’s death. Poker saved my life.”

He began playing hold’em in 2010 and said “it kept me from constantly being sad at that time.” Now he wants to use poker as a way to help those in need, including some children who also know what it’s like to lose a parent.

Gensler pledges to give 33 percent of his winnings from the long poker session to a fund helping the children of the late poker great Gavin Smith.

Coming from a military background, he will also send a portion of his winnings to help Veterans who have bravely served our country.

Preparing for the Seemingly Impossible

Playing 120 straight hours of poker wouldn’t be easy for the healthiest person alive. And although Zach has experience going without sleep – he once stayed awake for 96 straight hours during a cross-country trip – he’s confident he’ll break Laak’s record.

“I know my limits and what I can do,” he claims. “Driving is much harder than playing poker for long periods of time. I wouldn’t recommend anyone doing that.”

Even given his background handling sleep deprivation, he still has a monumental task to conquer. Five days of no sleep, I don’t care who you are, is extremely difficult. And then to make the challenge even tougher, he’ll be playing a mentally draining game while confined to a chair throughout the duration. So, how do you prepare for something so intense?

“I’ve been working out, riding a bike 10 miles per day. Keeping myself hydrated, eating properly, practicing my sleeping patterns, meditating.”

I know I couldn’t play 120 hours straight, not at age 38. After 8-10 hours of poker anymore, I get bored and start losing interest. So no amount of training could help me push through a five-day session. And even if I still had the same passion for playing poker as I did five years ago, I still couldn’t do it.

But I’m not Zach Gensler. He’s clearly motivated and has extra incentive beyond setting a world record as he’s also attempting to raise money for charity. If he quits early, I’m sure he’d feel like he let some people down. That factor gives me confidence he can get the job done.

But even without knowing Zach’s medical history, he’s going to face some obstacles along the way, things that would be difficult for anyone to overcome. I’m pulling for him, though, and I’ll give him a 75 percent chance of setting the record, which is 10 percent lower than what he gives himself.

I’m so impressed by this mensch, to take on such a massive effort with the goal to help others is very commendable and inspiring! I support his endeavor and definitely will be rooting for him. #Team Zach G!