PokerStars parent Amaya changed its name to The Stars Group in 2017, and upped sticks to Toronto from its traditional base in Montreal. It was more than a symbolic move for the company, which clearly had shifted its strategic approach, and was just one of several transitions in a poker and gaming world that continues to evolve. 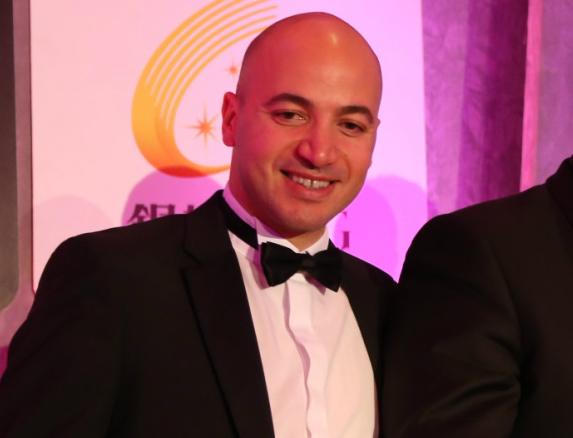 The Stars Group CEO Rafi Ashkenazi believes changes to PokerStars that make it more friendly to recreational players have paid off after online poker saw an upturn in 2017. (Image: PokerStars)

While former regs at the site continued to grumble about controversial decisions to rebalance the poker ecology in favor of recreational players, Stars Group CEO Rafi Ashkenazi announced the company had been largely vindicated by the decision, pointing to financial numbers that seemed to support related moves.

Despite the loss of the Australian market, by Q3 poker revenues were up 12.5 percent, year on year, Ashkenazi said. And the company’s success was bolstered by the launch of the rec-friendly Stars Rewards, and a decision to diversify into casino and sports betting.

In fact, for all the talk of the decline of online poker in recent years, the top three operators all reported growth in Q3. It was a signal that the refocus on amateur players appeared to be paying off in 2017.

The Stars Group had partly changed its name and location to distance itself from its founder and former Chairman and CEO David Baazov, who faces trial on accusations of securities fraud.

New allegations leveled at Baazov in 2017 included a revelation that while head of Amaya, he contributed to the campaign of New York Governor Andrew Cuomo via a lobbyist intermediary. If true, as a Canadian national, this would be illegal under US campaign finance laws.

Later in the year came the extraordinary allegation by AMF, the Quebec securities regulator building the case against Baazov, that the once-golden boy of online gaming had never been the majority shareholder of Amaya at all.

AMF alleges he had instead held up to 75 percent of the company secretly on behalf of his brother, Josh, and another associate. If this were the case, Josh Baazov’s previous conviction for telemarketing fraud would likely have scuttled PokerStars’ applications for licenses in several jurisdictions.

As for bankruptcies, the Players Poker Championship went under this year, putting an end to longstanding rumors on poker forums that the tour had been experiencing financial difficulties. These rumors surfaced when players from the final table of an event in Aruba last year complained that they were never paid their winnings.

But 2017 also saw Caesars Entertainment emerge from chapter 11 bankruptcy, a significantly positive step for the operator of the World Series of Poker and WSOP.com in Nevada and New Jersey. According to one of Caesars’ own lawyers, it was one of the messiest bankruptcies in a generation, involving a bid to reorganize some $18 billion in debt.

But they pulled it off. It took more than two years of legal bickering, with multiple lawsuits filed over how many billions Caesars owed and to whom. But these efforts to resolve disputes amid allegations of asset stripping, a leaner, consolidated Caesars emerged, and for the first time in years, the casino giant has positioned itself to focus on growth.

And they ask why you think online poker can be a scam +)
If it’s not bots/team play you have Baazov. It does raise an intersting question would any1 belive a “honest” operator with “honest” agenda. Despite playing for quite a while and actually making some good $, every time a new operator pops-up or new room, I do get a bit worried that it will be a scam… now how do you expect a rec player to get into poker when they find an article that the biggest operator has a drity CEO.