Since the days of Jack London, poker has long been used as a device to ratchet up tension in novels and short fiction. 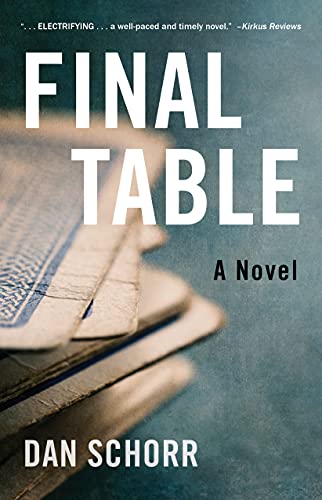 The book is a thriller, complete with a whodunit mystery, but otherwise, is far from being a work of complete fiction. Schorr, whose professional expertise comes in sexual misconduct and domestic violence investigations, tapped his experiences in poker to form the backbone of the novel. A self-described longtime recreational player, Schorr stumbled into the big-time when he qualified for the $2,500 China Poker Open in 2007 through PokerStars’ step system. Although he failed to cash in that event, the experience piqued his creative mind.

Schorr, a former adjunct law professor at Tsinghua University in China, said writing a thriller around a poker tournament was a dream he thought he could make real.

“Poker tournaments are fascinating because you’re on a journey and you’re trying to get to this destination, and there are a million landmines you’re trying to avoid,” Schorr told CardsChat.  “Your good decisions may pay off, but they may not. Your mistakes often will hurt you. I love the way poker tournaments bring in all these issues and feelings that people experience in everyday life, even if they’re not poker players.”

His story is about a sexual assault survivor fighting to regain control of her life, in the face of fear and self-doubt, when she invites in a broke former poker champion seeking her help to get into an international tournament. She’s also a former White House staffer who is trying to build a political consulting business.

The $20 million tournament takes place in a mysterious country where “The host nation faces widespread condemnation for the recent murder of a prominent female US journalist, and a pending presidential executive order threatens to prohibit him and others from participating,” according to Schorr’s webpage.

Schorr’s book is the latest take on a contemporary poker world filled with a certain amount of darkness among the intrigue. He joins a category with a rich history of thrilling reads for mystery and poker fans alike. A few other CardsChat favorites: 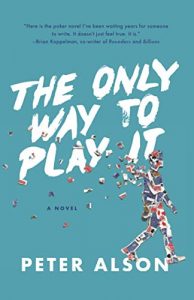 The Only Way to Play It

Alson co-authored the biography of Stu Ungar and penned multiple gambling memoirs, including “The Vig,” about his journey from Harvard undergrad to underground bookmaker, and “Take Me to the River,” about his adventure during the 2005 WSOP. Last year, he made the jump into fiction with a story about a poker player whose “search for salvation takes him from the shady Russian enclaves of Brighton Beach to the exclusive art auctions of elite Manhattan galleries.” 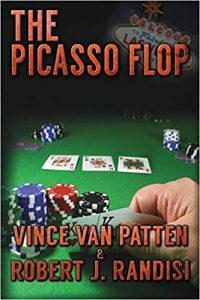 Van Patten is not only the longtime voice of the World Poker Tour, he’s a mystery writer. Well, half of one. He teamed up with Robert J. Randisi to write “The Picasso Flop” and “The Judgment Fold,” both of which take place during WPT events. “Things are coming up aces,” goes the story of TPF, “until a player is found brutally slain with a Picasso flop — three picture cards — on his body. When suspicion points to Kat as the killer, it’s up to Jimmy to find the real culprit — while fighting to remain in the tournament.” Gripping poker drama for anyone who’s ever held a wired pair in Suckoutville. 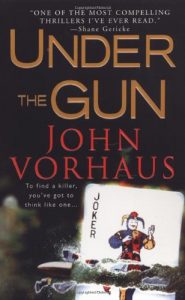 Vorhaus is a prolific writer who brought the how-to “Killer Poker” strategy series to the world in 2002 and wrote several guidebooks on comedy and scriptwriting. UTG was his foray into poker-world thrillers and preceded his 2011 follow-up, World Series of Murder. “Vorhaus is a master of describing poker scenes in a way that players will find interesting and will be able to identify with,” wrote novelist Walter Aschiero, “while non-players will be able to follow without getting lost halfway through the scene. The novel is full of sage poker (and life) advice.” 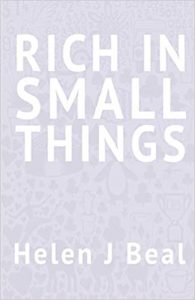 Beal takes readers from London to the capital of Mongolia to play in the exclusive Ulaanbaatar Cup and win its million-quid cash prize (Mongolian togrog or British pounds, we’re not told) in “Rich in Small Things.” The protagonist is on the run from Ukrainian mobsters after losing an enormous hand of poker in East London, and “against all odds, she finds herself having more fun than she can remember, forging friendships that will last for life and falling head over heels in love.” It’s a fast-paced, worldwide whirlwind poker ride. 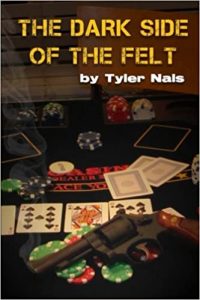 The Dark Side of the Felt

“You know those guys who play poker for millions of dollars on television?” asks Nals’ first-person narrator in “The Dark Side of the Felt,” which topped Goodread’s list of Novels Featuring Poker, “I’m not one of those guys. Instead, I risked my life on a nightly basis playing in underground poker games on Long Island and in Charlotte. This story is about how I managed to survive, but just barely.” This novel is the first in a Dark Side-themed trilogy, which is reportedly being made into a movie.