On Joe Ingram’s “Poker Life Podcast” on YouTube, Poker Masters champion Steffen Sontheimer had some harsh things to say about Phil Hellmuth’s poker game. As expected, the Poker Brat went on the defensive. 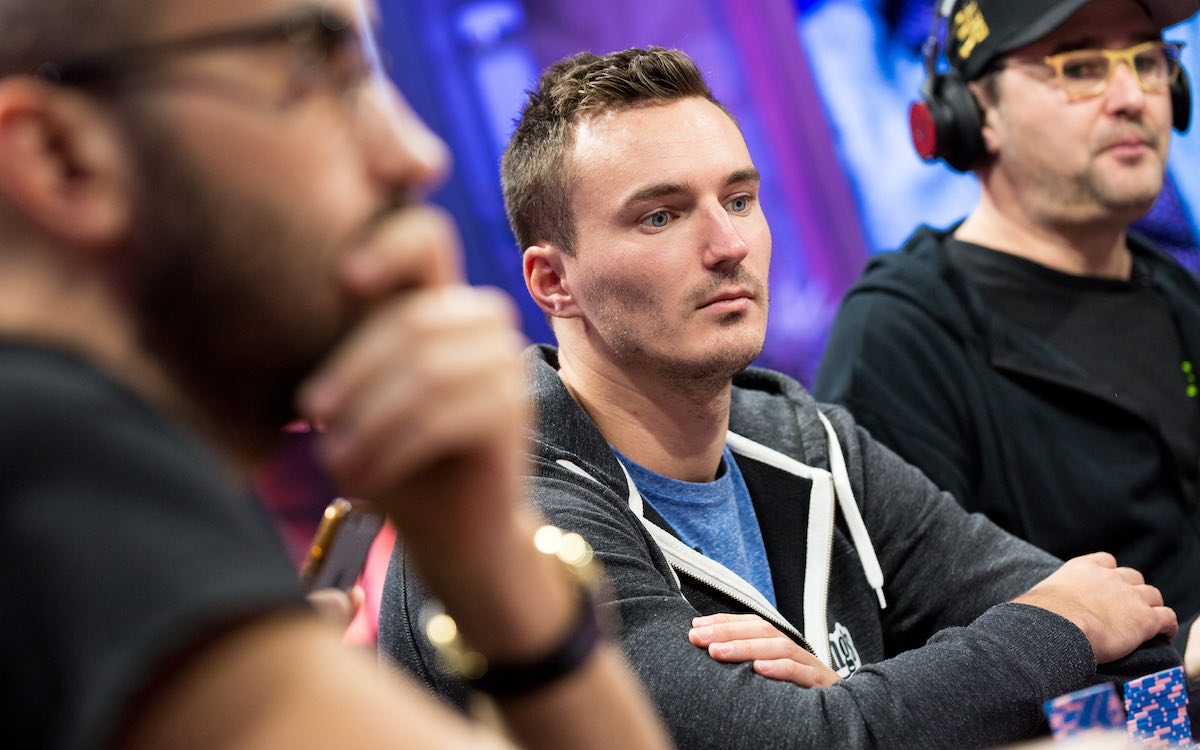 German star Steffen Sontheimer beat Phil Hellmuth handily and repeatedly at the 2017 Poker Masters, and now is engaging him in the age-old game of trash talking. (Image: Poker Central)

When your name is Phil Hellmuth, as Taylor Swift would say, the “haters gonna hate, hate, hate, hate, hate.” But the man with more WSOP bracelets than anyone in history will continue to “shake it off,” and win poker tournaments.

Hellmuth’s been arguably the most heavily criticized poker player in history, and when Sontheimer attacked his game, the Wisconsin native fired back.

It’s true that poker players have doubted Hellmuth for decades. And it’s also true he has continually proved them wrong ever since he unexpectedly defeated two-time defending champion Johnny Chan heads-up to win the 1989 WSOP Main Event.

Since then, he’s won 14 WSOP bracelets, the 2005 NBC National Heads-Up Championship, and, more recently, the King of the Hill heads-up four-player tournament on Poker Night in America, a title he will attempt to defend this coming weekend.

Many of the top pros in the game today hail from Germany, including Sontheimer, which became plainly apparent at the Poker Masters. Players such as Daniel Negreanu, a friend but critic of Hellmuth’s game, have openly stated the young Germans are the best players in the world.

A confident Sontheimer had some harsh words for the Poker Brat on Ingram’s podcast.

“First of all, I like Phil a lot,” he said, providing a disclaimer before laying into Hellmuth. “But Phil is a tournament player, to start with something good, that’s fair enough. He does one thing right: He’s late registering for the tournaments. This increases variance and reduces negative edge.”

Sontheimer followed the backhanded compliment with a critique of his overall poker range.

And then, he went where few high-stakes pros have gone: questioned Hellmuth’s trademark “white magic.”

“I’m not sure what ‘white magic’ is exactly. If it’s like talking a lot when you face a bet and then fold the best hand, this works out perfectly. This is something he does super well. And then blowing up after getting shown random sh*t, that’s great as well,” he said sarcastically.

“But the other parts, I’m not really sure about. I like him talking at the table a lot. I think it’s way more fun having him on the table watching, and, yeah, obviously he’s got his results. They speak for him, no doubt about that, but, yeah, as Fedor [Holz] said, I’m ready to play him,” Sontheimer added with a grin.

Hellmuth has nearly $22 million in lifetime live tournament winnings compared to Sontheimer’s $6.2 million, but has been playing poker longer than the German has been alive.

Tournaments aren’t the only way to determine a poker player’s skill. Sontheimer is known to crush cash games, live and online. Hellmuth doesn’t have much of an online poker resume and is no longer a regular in the biggest live cash games.

To his credit, Hellmuth’s been told for years he can no longer compete with the best in the game. And many players over the years who were, at the time, considered the “best” have since gone bust or burned out. But he’s stuck around and has a resume with 30 years of results.

Sontheimer’s list of accomplishments in poker span only the past few years, including his recent heater at the Poker Masters, cashing in four of the five events and winning two. Time will tell if he flames out quickly like so many players since 2003, or if he stands the test of time, like Hellmuth.