Harvard professor Brandon Adams quickly defeated YouTube personality Doug Polk heads-up for the fourth and final $50,000 buy-in event at the inaugural Poker Masters at the Aria in Las Vegas. It was a climactic close to a weekend of high-roller action that on Saturday saw old-school pro Erik Seidel battle valiantly but unsuccessfully against someone a generation his junior, Bryn Kenney, currently having one of the best 2017s in poker. 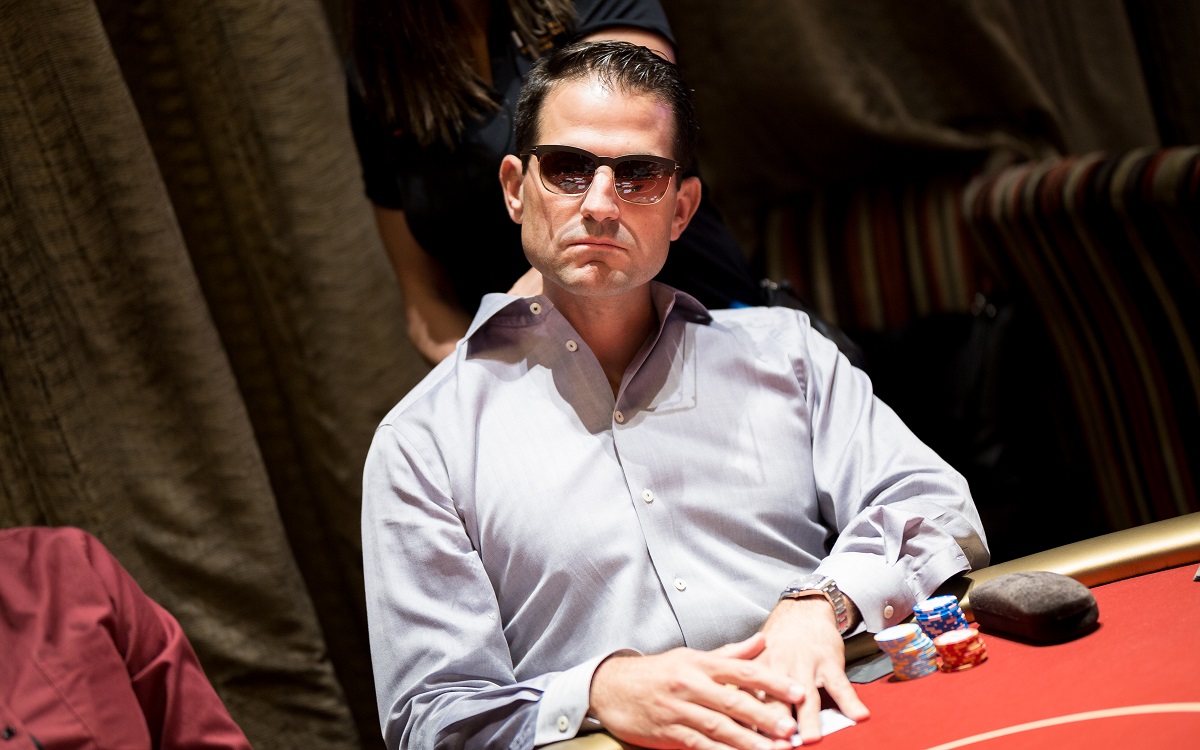 Of the players who shined this weekend, in the race for the Purple Jacket, Kenney is the only one who’s close to Steffen Sontheimer, an up-and-coming German who has been a force to contend so far in every tournament of the Poker Masters.

In the one event where Sontheimer didn’t finish in the money, Kenney was able to stay close on the Purple Jacket leaderboard by winning an epic heads-up battle that featured a dozen double-ups before he snuffed out Seidel’s relentless threats.

Doug Polk is supposed to be the heads-up specialist, but Brandon Adams, a former Harvard professor, taught him a lesson in aggression to win $819,000.

Peters, the smallest stack with 585,000, then looked down to see 8♣8♦, a relative monster in three-way play, and made the standard decision to shove all-in. With the action back on Adams, he opted for a five-bet to put Polk all-in. He snap-called with his aces.

Polk would more than double up when the board ran out safely Q♥7♠J♣7♣Q♠, moving Polk into the chip lead to start heads-up play. But he couldn’t hold that lead very long.

Adams took a page out of Polk’s Upswing Poker playbook, using aggressive three-bets and value bluffs to get Polk off the best hand and win key pots.

The tournament ended with Polk pushing all-in on a flush draw, Adams calling with a straight and a flush draw, the flush getting there on the turn, and Adams winning with a higher flush.

“I will probably go to a Japanese restaurant, have a nice bottle of Sake, and go to bed,” Adams told PokerGO announcer Maria Ho.

‘Best Player in the Game’ Primed for Purple

Going into the final event, German Steffen Sontheimer has won the most money, and is well-positioned to win the ultimate Poker Masters prize, the Purple Jacket.

His 5th place finish on Sunday was his third payday in four series events. And it comes as no surprise to fellow German poker sensation Fedor Holz (who took 2nd to Sontheimer in Event #2, for $550,000):

“Predicting the breakout year of @RunGo0seRun,” he tweeted, introducing many poker players to Sontheimer’s Twitter ID. “Best player in the game right now.”

Sontheimer has cashed so far for $1,221,000, taking a fourth place, a first place, and a fifth place. In Event #3, the tournament he didn’t cash, he was the bubble boy in 8th place when his pocket 10s lost to Ace-Queen.

But despite the German’s dominance, there are players right behind him. Closest is current GPI Player of the Year leader Bryn Kenney. But at least 10 more are easily in contention to win the coveted Purple Jacket with a top finish in Event #5, where the winner is likely to receive more than $1 million.