Today, Jan. 20, 2021, is Inauguration Day in the United States. It’s a time of hope and renewal. In addition to representing a powerful moment of transition, it comes with a highly orchestrated set of pomp and ceremony, each with its own set of rules and procedures. Before our new president can begin to govern – before he even takes his oath of office – he must learn the rules and procedures of our nation, so that he may be fully equipped to act. 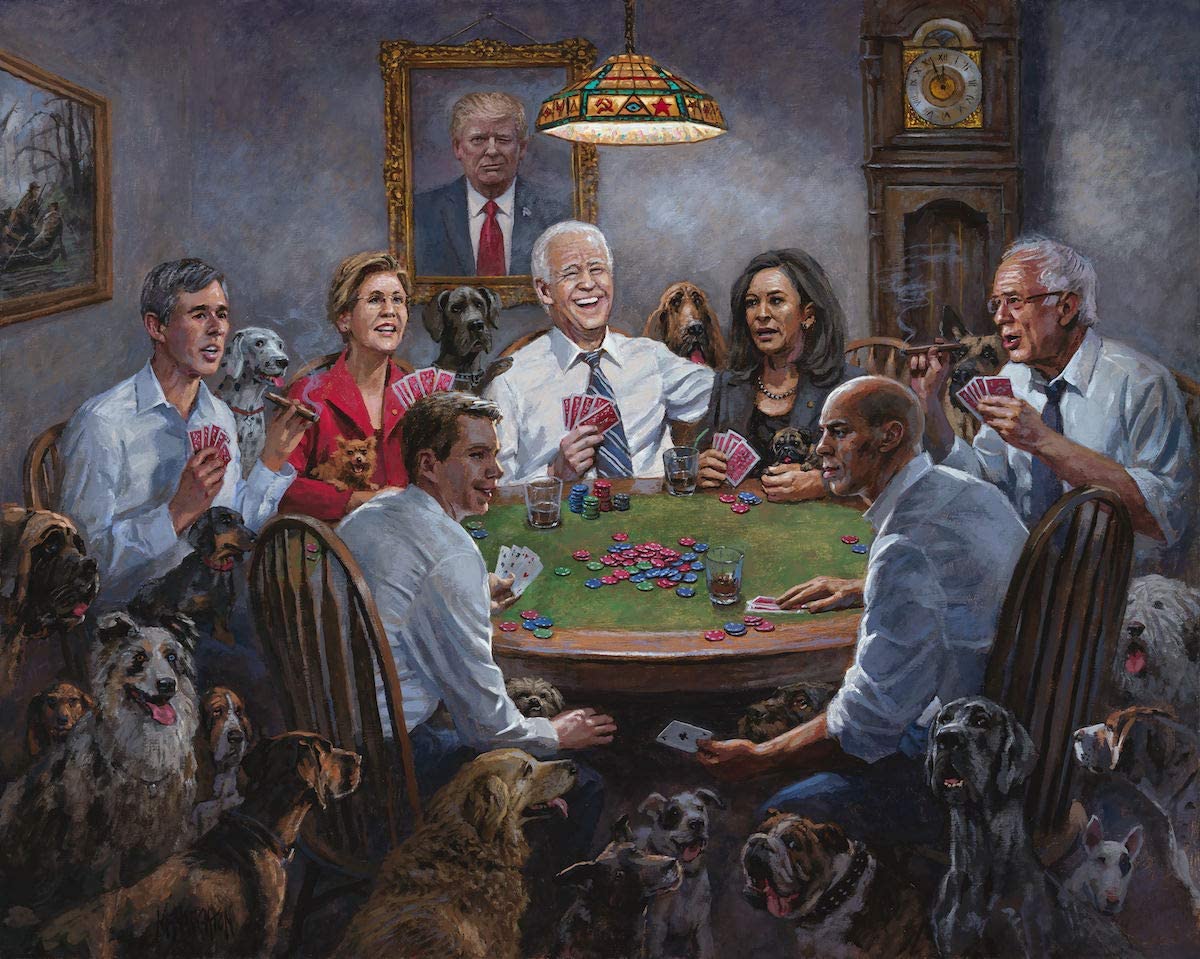 There’s a new game being played in America. Make sure you know what you’re stepping into when you get back to the table. (Image: Jon McNaughton)

Similarly, many of us, at the beginning of 2021, are on the precipice of a new start in poker. With prospects for a coronavirus vaccine coming and with many of our old haunts still closed, many of us will be stepping into games we haven’t played in before.

Inauguration Day may be a time for optimism, but there is also much work ahead, which is why now may be a great time for our own poker renewal.

Before we play our first hand of live poker, I suggest to serious players that we familiarize ourselves with the following eight subjects concerning these games. Don’t assume that the room you’re going to be playing in works the same way as your old room did before the pandemic. This is a new poker administration. We want to go into our poker inauguration armed with all of the information we need to establish, and maintain, an edge.

It’s best to know a room’s rules and procedures before you play there. True, you can just go with the flow and try to pick things up as you play, but there are risks with that approach. For example, an American friend of mine, playing in the UK for the first time, had his winning hand declared dead because he talked about it deceptively on the river while trying to induce his opponent to call. This “coffee-housing” was forbidden, and the rule was enforced with no warning.

Similarly, I play in a home game where the placement of a chip on down-cards indicates you are folding, even though in most places, this indicates you’re protecting your hand. So learn all the rules before you play. Here are some specific questions to ask when you’re playing in a room for the first time, or the first time in a long while:

Remember, different rooms vary on high-hand bonuses, bad-beat jackpots, and other extras and enticements. Players typically fund these with a deduction from the pot. Some promotions only are available at certain times on specific days. It’s important that you know any special rules for qualifying. You don’t want to be playing on Sunday in a game with a $2 promotional drop only to find out that the promotion it funds is only offered on Wednesdays.

Similarly, you want to know how to qualify. Playing in a new room for the first time recently, I almost mucked my losing hand. It’s a good thing I didn’t, as other players at the table alerted me that I had won a $1,000 secondary bad-beat jackpot.

Some rooms provide meals, freeroll tournaments, cash bonuses, and even free rooms to players after a minimum number of hours of play. Oftentimes, you must fill out a form in advance for your hours to count. With rakes and promo drops, the cost of poker can be very expensive. Make sure you’re getting everything you’re entitled to.

Nearly all public poker rooms require that you get a player’s card to be eligible for any promotions or to play in tournaments. Unless you have a reason to remain anonymous at the table, or are really bothered by receiving unsolicited promotional material, you’ll want to get one and make sure you use it when you play. In most rooms, you’ll earn money while you play that you may use for meals and other casino expenses.

How do players pay to play poker? Nearly all games are raked, with money taken out of the pot at the end of a hand. A few higher-stakes games charge a time fee every 30 minutes.  You need to know how much you pay and when you pay it. Though most amateur players don’t pay any attention to this, it is important for the smart player to know, as it affects your ability to turn a profit. It may also affect your strategy. If, for example, there’s a “no flop no drop” policy, you might play the pre-flop round very differently than if they take $4 pre-flop, no matter the betting action.

Dealers rely on tips to make a living wage. In my opinion, everyone should tip – even if dealers pool their tips. But there’s surely more of an incentive to tip pleasant, fast, and otherwise good dealers if they keep their own tips. You might want to know this before routinely flipping a chip to the dealer when you win a hand.

Learn in advance about all of the things you’re likely to use during your playing session. Some are obvious, but sometimes, they’re not. I once was in a game in Reno where they didn’t have a bathroom in the poker room, and having missed the lavatory right outside the room, I got lost trying to find one. I ended up on another floor and missed nearly 10 hands before I found my way back to the game.

Don’t forget to find out about food and drink, too. Some rooms have free beverage service, some provide a free buffet at certain hours, while others offer a discounted poker menu. Still, others provide multiple restaurant options with lower prices at certain hours with a player’s card.

You’re going to want to know when a tournament starts if you’re planning to play in it. But, more than that, it helps every player to know the tournament schedule, as it determines the ebb and flow of the live poker action in a room. Typically, you don’t want to arrive at a new room at 12 noon if they have a 2 pm tournament, as the cash games are likely to be really tight.

Before a tournament, cash-game players often play very tightly, just killing time and waiting for a strong hand that might win them their buy-in for the tournament. On the other hand, if there was a 9am “Early Bird” tournament, arriving for a cash game at noon might be perfect, as players who busted out of the tournament might well be steaming from their ejection, making for a great cash game.

Learn whether there’s a safety deposit box on hand for players. Even low rollers can benefit by not having to stand in line every time they want to buy in or cash out at the end of the game.  Similarly, it’s safer not to have to carry your bankroll in and out of the room (especially if the room is in a sketchy part of town).

If you’re playing away from home and plan on buying into any major tournaments or playing in bigger games, it’s good to know exactly how you wire money or establish credit in the casino so that you don’t have to travel long distances with your cash. It’s also useful to know whether there’s an ATM machine nearby, if you may use your credit card in it, and what the fees and other charges are. If nothing else, finding out the usurious rates most machines charge will serve as a helpful deterrent from tapping them if you go through all your cash.

The best way to learn any of the above information is to speak to either the floor, the shift supervisor, or the poker room manager. Bring a list of what you’re looking to learn, and then ask them your questions with a smile. Their job is to bring new players into the room. That’s how they survive.

What you don’t want to do is pepper your dealer with all of these questions. Dealers are there to deliver cards and keep the game moving. Your questions will be a distraction and an annoyance. It will also alert your attentive opponents that you’re a sharp player, which generally, isn’t a good idea.