The first professional poker tournament league in India, the Poker Sports League, has just completed its inaugural draft. With new PSL’s first event ready to take place later this month, people are seeing a lot of potential for the game to grow in the world’s second most populous nation. 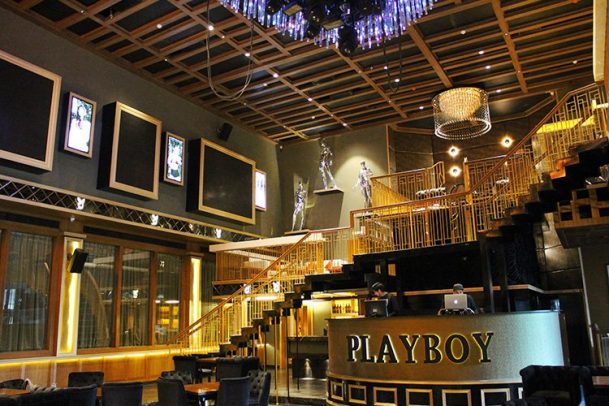 India’s Poker Sports League is set to go after 12 franchise owners and captains finalized their teams in a draft held at the Playboy Club in New Delhi. (Image: Lbb.in)

The draft ceremony was held inside the Playboy Club in New Delhi on March 6.  The PSL is starting with 12 franchises, each of which are owned by poker enthusiasts who happen to also be business leaders in India. In the live draft, each team had their pick from an assortment of pros as well as players who won live and online qualifiers.

For pros to qualify for the PSL draft, they had to submit applications highlighting their poker credentials. In the end, league organizers selected 36 players to be eligible for the draft. In total, 12 franchises picked nine players each, with two pros, two live qualifiers, two online qualifiers, two wild cards, and one captain making up a team.

Beyond the pro players, amateurs from regions across India could qualify for a place in the draft via a network of live and online qualifiers (via Indian poker site and PSL partner Adda52.com). These tournaments determined the players’ rank on a leaderboard, with the top 72 performers in each put through for the live draft.

With the potential picks assembled, the ceremony inside the Playboy Club saw franchise captains draw numbered balls from a batch of 12 to determine the order of their picks.

The end result was that each of the 12 franchises had nine players apiece, including some well-known players from around the world. As part of the PSL’s mission to bring high quality tournament poker to India, wild card entries included established tournament pros such as the UK’s Patrick Leonard and Sam Razavi, as well as Norway’s Henrik Tollefsen.

Before the PSL’s first matchup gets underway on May 24, at the Deltin Casino Royale in Goa, players will attend a two-day boot camp where they will learn tournament skills from more experienced players. The boot camp will also give teams a chance to develop chemistry and formulate strategy.

In addition to raising the profile of the game in India, the PSL is hoping to legitimize poker as a sport. Taking inspiration from the Global Poker League, which has called for the “sportification” of poker, the PSL will highlight skill aspects of the game and thus attempt to align it with popular sports in India such as cricket.

If the PSL can capture the imagination of the masses, it may be a catalyst for a poker boom in a country of 1.3 billion people. That’s a lot of potential new players who could ultimately benefit the poker community both in the region and on a global scale.