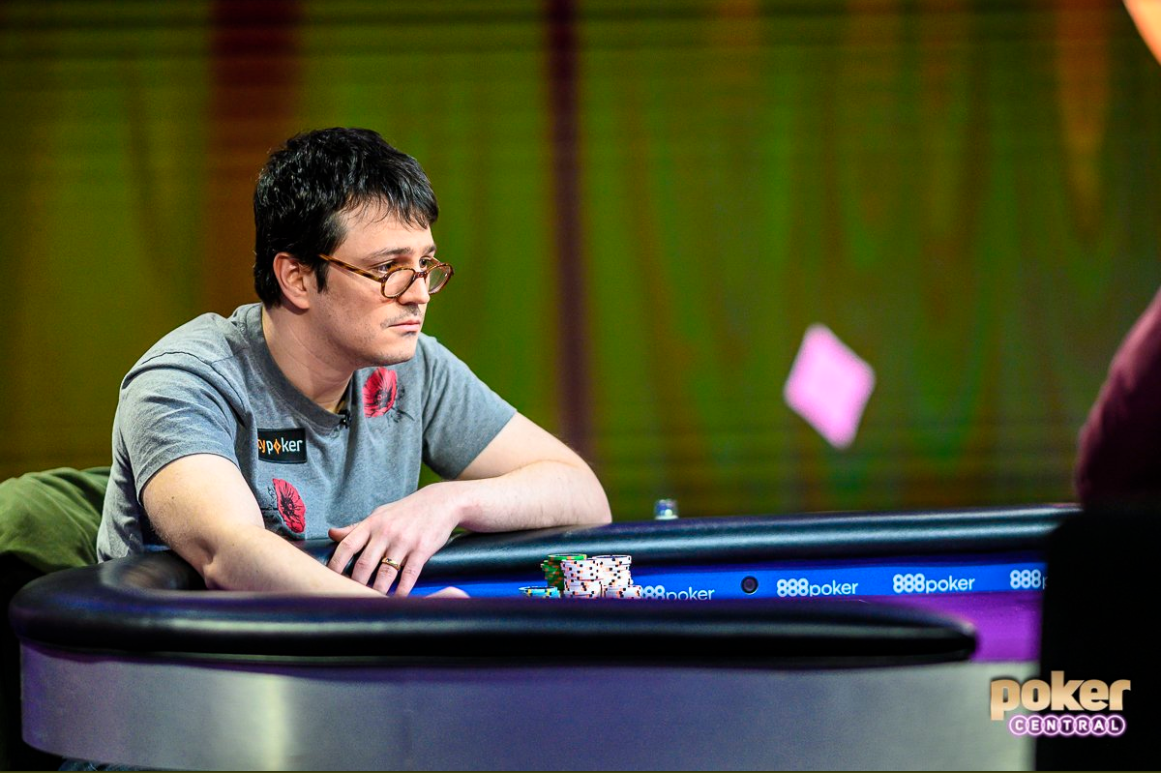 Isaac Haxton kept his eye on the prize at the Super High Roller Bowl this week, where he would go on to claim the first seven-figure score of his career. (Image: Twitter/Drew_Amato)

“Hollywood” had already accomplished more than most poker players can dream about. He was 20th all-time in live tournament winnings ($19.9 million) and that doesn’t include his cash game prowess or online poker success.

But he still lacked that career-defining win in a major tournament. With no WSOP or WPT titles on his resume, he needed a win to all but seal his fate as a member of the Poker Hall of Fame when he’s eligible in seven years. And he got that on Wednesday.

Jason Koon who, coincidentally, dropped to 16th on the all-time money list (barely) because of Haxton’s win, had nothing but kind words for his peer.

Ike has run so bad in so many spots and I’ve never heard a complaint from him. No ego, just pure class and talent.

Dylan Linde, fresh off his WPT Five Diamond win, concurred. He argued that “no one has run worse than Ike on TV poker.” Perhaps a bit of hyperbole as Mike Matusow and Jean-Robert Bellande might disagree. But his point was made.

Haxton “put on an absolute clinic,” according to fellow pro Brian Hastings, and just about anyone who watched the SHRB on PokerGo.

Partypoker, the poker site Haxton represents, was quite thrilled to see one of their pros win on the big stage.

A huge congratulations to #teampartypoker's @ikepoker who won the 2018 Super High Roller Bowl for a career-best $3,672,000 and now has more than $23 million in live #poker tournament cashes! What a boss! @WAFoxen was second for $2.16 million #SHRBowlImage from @PokerGo pic.twitter.com/x0gsAU10Nt

Ali Imsirovic, a young up-and-comer who finished seventh in the SHRB ($540,000), sent a “congrats” tweet to the champion. Mike “Timex” McDonald shared a personal story about Haxton.

Haxton’s $3.67 million score in the SHRB is the biggest and most important victory of his career. But he didn’t need the win to prove he can play. The poker world knew that years ago.

He doesn’t have any WSOP bracelets or WPT titles, but he’s made seven WSOP and four WPT final tables. So, he’s been close but just hasn’t been able to get over the hump.

Haxton didn’t need the SHRB win to prove he’s a great poker player. He needed it to put the icing on the cake of his brilliant career. And he’s only 33, which means he’ll probably win many more major events before being inducted in the Poker Hall of Fame in 2025 when he becomes eligible at age 40.

I think Isaac Haxton is a great poker player, I have seen him play hands with the best cards, as well as win with a great bluff, this way it is difficult to be read easily by his rivals.
He has maintained a balance with gains in his career and has a long career of success at his young age. Congratulations prize deserved!