Poker Central has announced NBC Sports Network will broadcast the 2017 Super High Roller Bowl, a $300,000 buy-in event held at Aria Resort and Casino in Las Vegas on May 28. 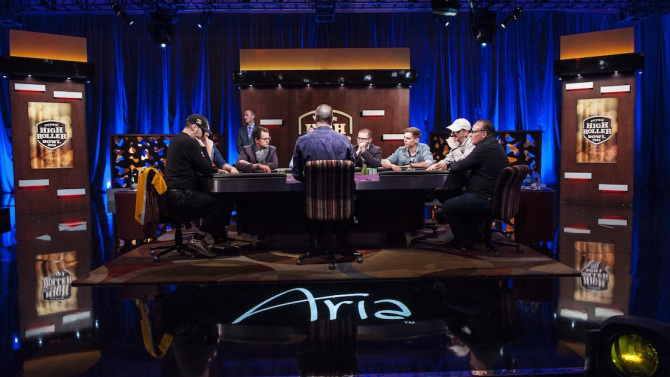 The poker channel and NBC Sports Group will also share broadcast rights to future high-roller poker tournaments. Those events have yet to be announced.

The media rights partnership between the two companies will begin with the Super High Roller Bowl. NBCSN televised the event in 2015. Last year, CBS Sports Network held the broadcast rights.

The inaugural 2015 Super High Roller Bowl, a $500,000 buy-in tournament that year, took place in the Spring, but didn’t air on NBCSN until the fall. Last year’s event was televised live.

Poker Central also announced an “expansive roster of events is lined up for fall 2017 and beyond and NBCSports.com and the NBC Sports app will provide streaming coverage for its Poker Central content.” The poker channel, since its 2015 launch, has strived to provide as much original content as possible.

At the end of last year, Poker Central decided to end its 24/7 live stream and instead focus on providing on-demand programming. A glance at the digital programming channel shows a mix of new and old poker shows.

The newer content includes the 2015 Super High Roller Cash Game, 2016 Super High Roller Bowl, and features such as Inside Poker with Matt Savage and Pokerography, a Poker Central original show that chronicles the lives of poker’s biggest stars.

The older programming includes popular shows such as Poker After Dark and Face the Ace. Each episode is available on-demand 24/7.

Biggest Event of the Year

The Super High Roller Bowl will be the most expensive buy-in poker tournament of the year, anywhere. The 56 players vying for a share of the $16.8 million prize pool have already been announced.

The field was originally supposed to be capped at 50 players. But, due to high demand, Aria allowed for an expansion to 56. First place will pay $6 million, $1 million more than defending champion Rainer Kempe won a year ago.

Kempe will be back to defend his title along with 55 of the top poker pros, wealthy businessmen, and an unannounced celebrity. The list of players includes Jason Mercier, Phil Hellmuth, Daniel Negreanu, Dan Colman, and Bill Perkins.

The final table is set for June 1, right at the start of the 2017 World Series of Poker. The event begins what Poker Central hopes will be a long, successful relationship with NBC Sports.

It will be interesting !
I would love to watch these broadcasts.