After a successful debut broadcast of live action from the WSOP Main Event, rising poker media company Poker Central has been promising to add content to its subscription PokerGo app. Now the company is offering a new show for PokerGo, but this one is venturing away from the felt. 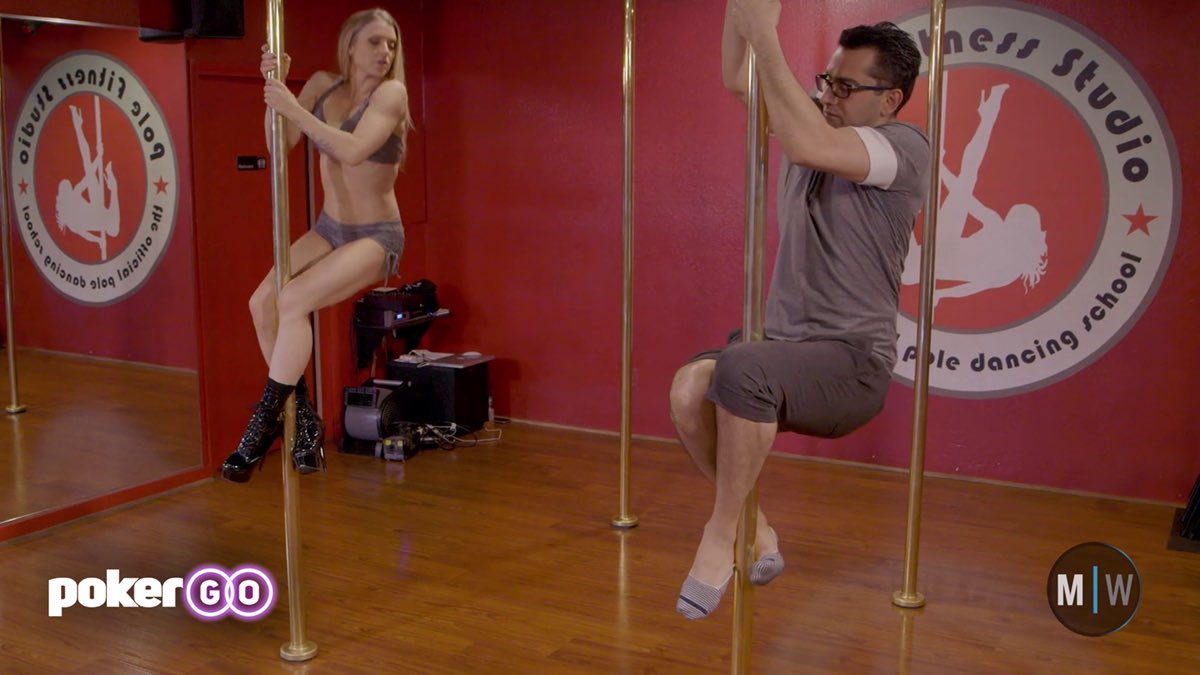 In partnership with Roundhead Creative, Poker Central is bringing “Major Wager” to personal video screens, with its first episode available to subscribers on Sept. 5. The show pits poker pros against each other in a series of thrilling and outlandish contests and friendly wagers, with pride on the line.

Viewing shows on the PokerGo app costs $10 a month. And since the subscription-based streaming channel’s launch in May, Poker Central has been gradually filling its schedule with a variety of poker-related video offerings.

PokerGo has shown its ability for bringing poker fans live table coverage. In addition to the WSOP, they’ve broadcast the Super High Roller Bowl at the Aria and a heads-up invitational from Poker Night in America.

“Major Wager,” however, marks a new direction for poker entertainment available to subscribers, venturing into the reality genre. The show will feature some of poker’s biggest names performing an array of crazy stunts and contests that capitalize on the poker community’s love of prop bets.

As seen in the preview trailer, Antonio Esfandiari, Daniel Negreanu, Brian Rast, Jeff Gross, Samantha Abernathy, and other poker personalities will be vying for supremacy in contrived competitions ranging from car racing and golf contests to pole dancing and circus stunts.

In 2007, Phil Laak and Antonio Esfandiari worked together on a show called “I Bet You,” which aired on the now defunct Mojo HD network. (It went out of business in December 2008.) The pair had become synonymous for making prop bets during their time on the tournament circuit and managed to parlay this into a show that ran for two seasons.

The show featured the two buddy pros engaged in on-screen rivalry, with bets in the $1,000 to $5,000 range on competitive challenges, such as who could be the best catwalk model, or who could guess a bartender’s age. Adding to the fun was seeing the loser have to perform embarrassing acts in public.

Great idea, help convince the various government entities regulating online poker that all the prominent pro’s really are just a bunch of degenerate gamblers. Chris Moneymaker inspired the poker boom, now, “The Magician” is gonna try & bring it down all by himself. Stay classy & remember Antonio, restaurants have restrooms 7 you don’t need to wait for a break in the meal to go use one.

To be fair, the poker boom ended long ago and this is hardly going to “bring it down” any further. “I Bet U” was much more high-profile and it didn’t kill anything. Plus regulators hardly need a TV show to convince them one way or the other that a portion of the poker community are degenerates… 😛