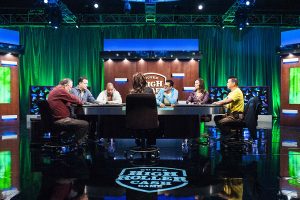 Poker Central, the world’s only 24/7 poker network, has attempted to reach out to millennials with its digital content. Thus far, the network’s efforts have been a great success, according to a recent press release.

When Poker Central first launched a year ago, the bulk of the programming was re-broadcasted poker shows such as High Stakes Poker and Poker After Dark. Most of the content was easily viewable on YouTube or other apps.

But, as CEO Clint Stinchcomb assured us here at CardsChat last year, Poker Central would be upping its original programming in 2016. Turn the clock ahead 10 months since our interview with the network executive and it’s hard to disagree he kept his promise.

In an effort to improve the network even more, Poker Central announced the addition of two key employees as the company prepares to “kickstart” its digital launch. Justin Lundstrom, Head of Production and Programming, and Carl Marxer, Director of Creative Services, join the poker channel after having previously worked for major media outlets.

The 2015 Super High Roller Bowl at Aria in Las Vegas, a $500,000 buy-in tournament, was the first major event showcased on the 24/7 network. It was actually filmed a few months prior to the network’s launch.

In 2016, the same tournament only with a $300,000 buy-in, broke viewership records on Twitch. To top that off, Super High Roller Bowl II was streamed live by 850,000 unique visitors, resulting in 1.1 million total views on China’s Douyu streaming device.

In a press release, “Poker Central consistently hits great numbers, particularly with millennials.” The reason millennials are so important to the network is the younger generation not only represents a large portion of poker players, but also the under-30 crowd is accustomed to watching television via a streaming app like the “older” folks are with cable.

Poker Central is only available as an app on streaming devices such as Roku at this time. That makes it even more important for the network to appeal to millennials. Poker Central didn’t release figures on the number of millennials watching its programming, but did acknowledge some key upgrades to the network.

“When our early access to the initial hours of the Super High Roller Bowl shattered Twitch records, we decided to embrace our audience’s preferred viewing habits,” Sam Simmons, Vice President of Content said.  “This means access to poker programming on the platforms of their choice, while expanding our live TV broadcasts by partnering with several fully distributed networks.”

When Poker Central first burst onto the scene in 2015, most viewers didn’t really know what to expect. Through creating a strong social media presence and increasing its original programming, Poker Central has generated some buzz around the poker world.

The Super High Roller Bowl isn’t its only show receiving attention. Programs such as Pokerography, a show that chronicles the lives of poker’s biggest stars, are also watched live and on-demand by many poker fans.

Creating buzz doesn’t guarantee long-term success. But Stinchcomb told us last year why Poker Central isn’t a fad that will go away any time soon.

“We have a highly accomplished management team with a deep history of building successful networks, long-term programming and production agreements, global multi-platform content rights, and the foundation to win,” the CEO said in an exclusive interview with CardsChat.