Poker Tables Buzzing Across the Country as UK Casinos Reopen

Poker players across the UK are riffling chips again after almost six months of casino closures in England, Wales, Scotland, and Ireland. 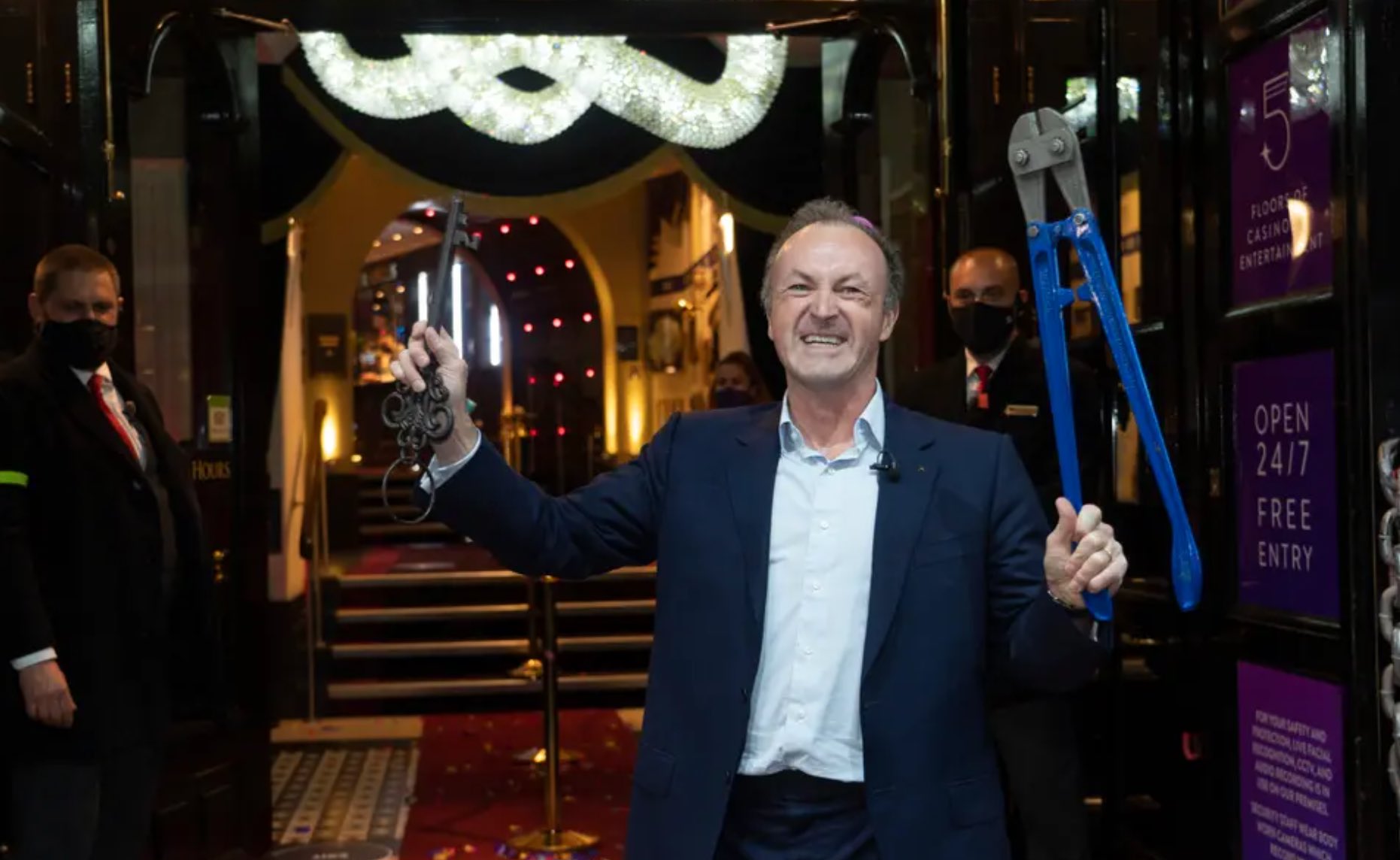 The Hippodrome and other UK casinos reopened on May 17 and, already, poker rooms across the country are buzzing. (Image: Twitter/The Hippodrome Casino)

The constituent nations of the UK have all been in some form of lockdown since January. Even before that, a series of regional restrictions meant so-called “non-essential” businesses were required to close.

Now, with almost 55% of the nation vaccinated and COVID-19 deaths at near-negligible levels, normality is returning. Although not quite on the scale of Las Vegas, UK casinos welcomed back customers yesterday.

Picking up tells might still be a challenge because facemasks and social distancing measures remain in place at all UK casinos. But, despite what some see as unnecessary restrictions due to the low levels of infection across the UK, live poker rooms were buzzing yesterday.

It was a great day to welcome you back again!

London’s Empire Casino, former home of the WSOPE, has had a £1/£2 cash game running non-stop since yesterday. The poker room has also paid out its first £500 high-hand jackpot of 2021.

Just a few yards across London’s Leicester Square, the Hippodrome Casino is also back in business. Cash games at its PokerStars Live room are running from 12pm until 8am throughout the week.

Since the doors opened yesterday, there have been nine £1/£2 NLHE games and some £2/£5 tables. There’s even been a bit of PLO action.

We Are Poker
We Are Back! pic.twitter.com/Vcb8lJFUOl

Buoyed by the initial surge of activity, the Hippodrome is already gearing up for a tournament this weekend. Entry is by pre-registration only and starting flights are capped at a relatively meager 25 seats due to social distancing laws. Given that UK poker rooms were only allowed to offer cash games last year (when they were open), something is certainly better than nothing.

On the other side of London, Aspers Stratford has been inundated with cash game players over the last 24 hours. Just minutes after opening its doors, a £1/£2 game broke out. The action has flowed continuously since then and, on Monday night alone, there were eight tables running.

COVID should no longer keep players locked down

Finally, Grosvenor Poker is also enjoying a positive return. Its network of 53 casinos saw 65 poker games go down last night which, again, is a great turnout for a Monday.

We had 65 cash tables running across our estate!

It's promising to be another busy night tonight and you'll need to reserve your name on the waiting list via the app.

There were times last year when companies such as The Rank Group, owner of Grosvenor, were losing £10 million per month. Job losses mounted during that time and the constant cycle of lockdowns and reopening devasted parts of the industry. Genting, for example, was forced to close its poker rooms for good due to financial losses caused by COVID-19 restrictions. Other operators were put in similarly precarious positions but made it through.

The hope now is that Prime Minister Boris Johnson sticks to his promises. He declared that his roadmap out of restrictions was made up of four irreversible steps. 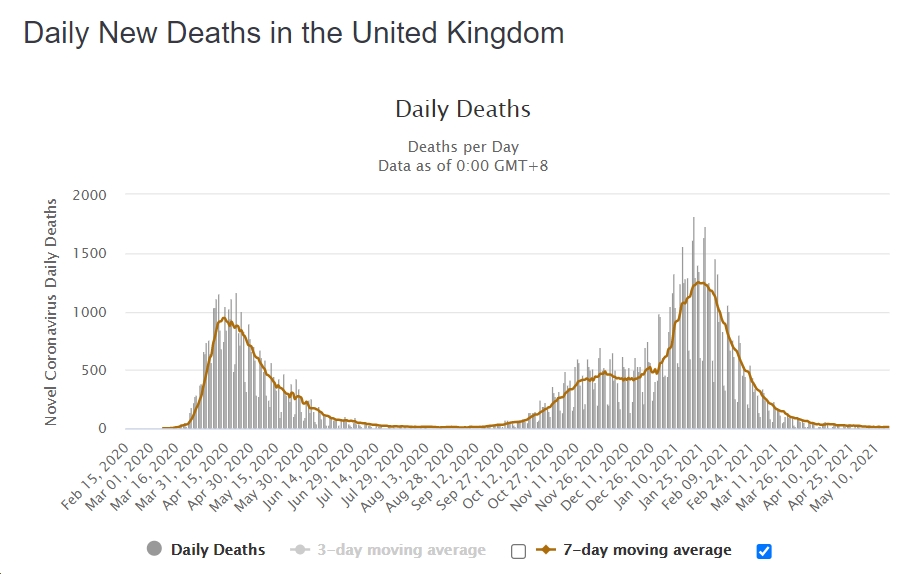 COVID-19 deaths in the UK are now in single digits. (Image: Worldometers)

May 17 saw England and its counterparts move into stage three as the pandemic’s threat weakens. In a nation of 66 million, the UK reported just nine deaths from COVID-19 this week. In England at least, this means things are on course for a complete removal of all restrictions by June 21.

As long as the government keeps its pledge to follow the science and not send the UK back into a lockdown, the surge of poker activity should continue well into the summer.