Poker and Daily Fantasy Sports (DFS) have been classified as skill games in two separate states as lawmakers seek to better define the nature of betting. 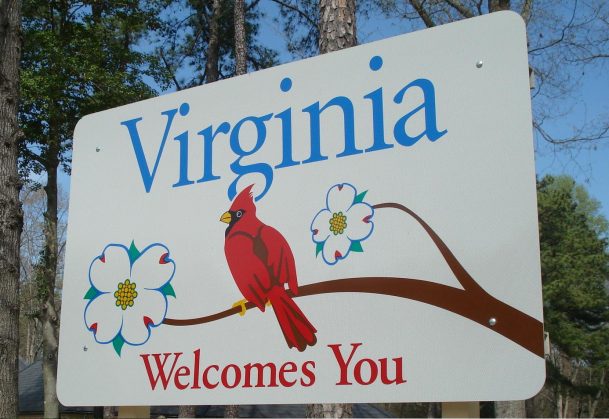 Virginia moves a step closer to defining poker as a game of skill, while DFS could soon get the same treatment in New Jersey. (Image: Wikipedia/ Aurora30)

For poker players in Virginia, a recent win for Senator Louise Lucas (D-Portsmouth) and SB 1400 means that live poker could soon become a real thing within the state. Lucas, who has been a long-time supporter of poker, introduced SB 1400 to the Senate General Laws and Technology Committee on January 11, 2017.

The aim of the bill is to classify poker as a game of skill and, therefore, exclude it from the being defined as “illegal” under Virginian law.

With attempts to legalize live poker stretching back to 2012, Lucas will know that nothing is certain until it’s finally signed into law.

But following a positive reception Senate General Laws and Technology Committee, a full senate hearing was given the green light. Split into three stages, with the final phase being a vote on the bill, the hearing initially reached a stalemate.

With 19 votes for and the same amount against, the fate of SB 1400 sat with senate president pro tempore Steve Newman. After reviewing the bill, Newman voted in favor, which now means it passes to the Virginia House of Delegates.

Assuming it makes it through this stage, it will then land on Governor Terry McAuliffe’s desk where he’ll give it the final seal of approval and write it into law.

Should this happen, poker would be defined as “a game of skill and therefore not illegal gambling” under the Code of Virginia definition § 18.2-325.

As Virginia moved another step closer towards acknowledging the skill aspects of poker, New Jersey looked to clarify its position on DFS. With live and online poker already regulated within the state, DFS has become the next point of interest alongside sports betting.

Although the fight to legalize sports betting is one that doesn’t appear to have a clear end in sight, DFS looks as though it could soon find a place among the Garden State’s online betting industry.

Addressing the Assembly Tourism, Gaming, and the Arts Committee in Trenton, Steven Perskie told members that DFS is legal under state law because it is a game of skill.

Hired by two of the largest DFS operators, DraftKings and FanDuel, Perskie claimed that skill is the “predominate” factor in DFS and that chance plays “no material role” in the outcome of an event. Although other states, such as Washington and Nevada, have come to different conclusions about the nature of DFS, the committee sided with Perskie.

In agreeing with the casino industry expert, the committee also unanimously approved A3532 which is a bill that seeks to regulate DFS within the state:

“A3532: An Act providing for the regulation of daily fantasy sports games and supplementing Title 5 of the Revised Statutes,” reads the official document.

As well as moving the bill forward to a stage where the Senate will now have to approve a version of before it reaches Governor Chris Christie’s desk, the committee also agreed a potential tax rate of 10.5 percent on gross revenue (as opposed to the 9.25 percent listed in the bill).

According to Chris Grimm, a consultant for DraftKings and FanDuel, regulated DFS would generate around $1 million in annual revenue for New Jersey.