The former front man for the the biggest poker advocacy group in the US is making ominous predictions about the future of online poker following the Department of Justice’s (DOJ) reversal of the Wire Act earlier this month. 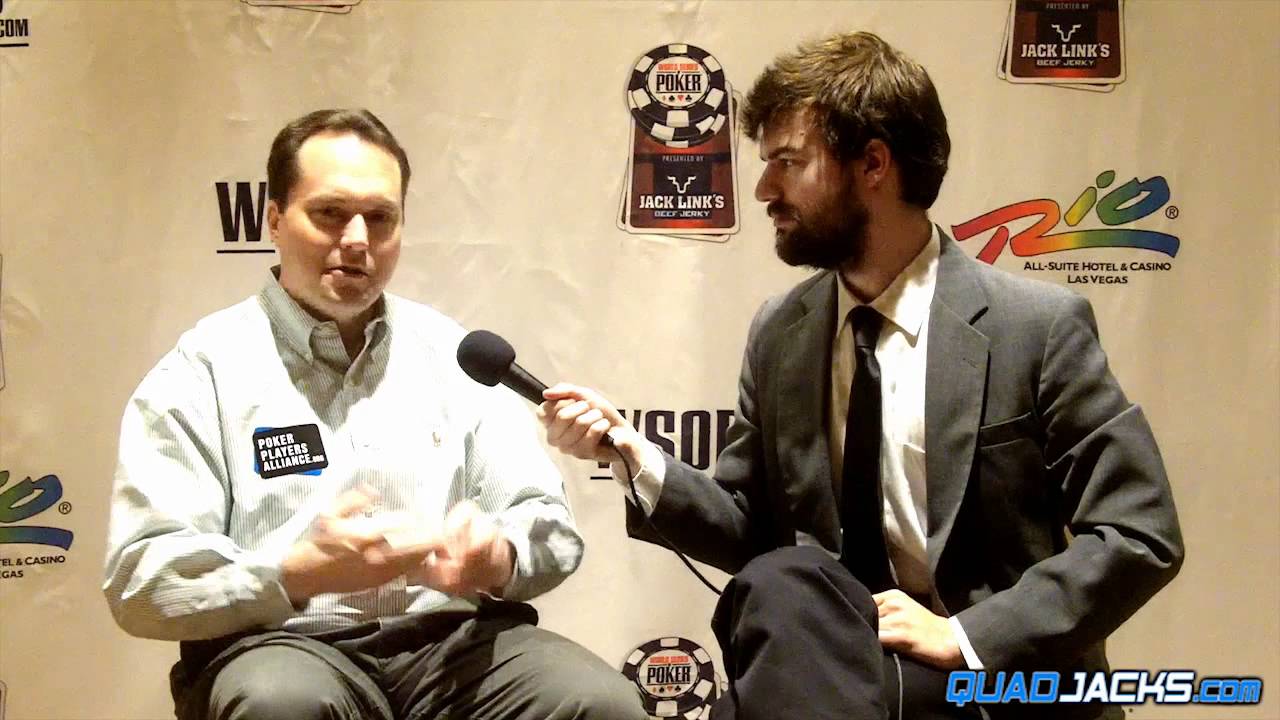 Rich Muny (left) believes the poker community is burying its head in the sand regarding the recent DOJ ruling. (Image: YouTube)

Rich Muny, the former president of the Poker Alliance (formerly the Poker Players Alliance) is expressing serious concern that the poker-playing public hasn’t come to grips with how dire the situation is in light of the recent ruling by the DOJ.

In a series of tweets, Muny likens the latest development to the passing of the Unlawful Internet Gaming Enforcement Act (UIGEA) and Black Friday in that poker players are acting “like this is nothing.”

He warns that US online operators won’t have the option of simply overlooking the DOJ ruling.

Regulators won’t simply ignore the DoJ. And, banks won’t process transactions they feel are unlawful under the Wire Act, even if they meet the letter of UIGEA….

Muny, who has more than a decade of experience lobbying for legal online poker, believes that states will “go to the courts for relief.” However, he expects that they’ll be met with stiff legal opposition from noted enemy of online gaming, Las Vegas Sands CEO Sheldon Adelson.

Muny is making a call to arms for anyone with an interest in online poker in the US to band together and start putting pressure on their elected officials.

However, he doesn’t sound optimistic — accusing the poker media of being complacent and burying its head in the sand when it comes to the impacts of the DOJ ruling.

“Of course, I think some sort of organized campaign of players writing to lawmakers in affected states encouraging such action would be a good thing,” Muny writes. “But poker media and some players seem more interested in hoping everything will just turn out fine.”

If nothing else, the DOJ development is going to slow down any potential progress in the realm of online poker.

While established sites and networks have so far been unaffected, it’s already had a significant cooling effect in Pennsylvania, a state which was previously expected to provide a major boost to the online poker industry.

The Keystone State was all set to join the shared liquidity player pool with Delaware, Nevada and New Jersey early in 2019, but those plans are on hold indefinitely.

Last week, the Pennsylvania Gaming Control Board sent a letter to all gaming operators in the state warning them that they were under the obligation to “comply with federal law in all respects in establishing your gaming operations, which now must be entirely ‘intrastate.’”

All payment processors and servers must now also be located within state lines, further muddying an already complex road to poker legalization in the US.