Plenty of Alternatives for Poker Players Outside of WSOP 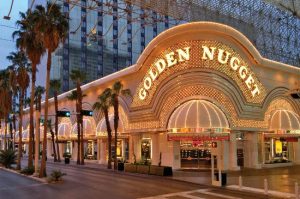 The Golden Nugget poker room in downtown Las Vegas is home to one of many incredible poker tournaments that offer affordable buyins to the average player during WSOP. (Image: tripadvisor.com)

The allure of just being in Las Vegas during the World Series of Poker (WSOP) is a huge draw for tourists come June and July every year. Being able to rub elbows with poker’s elite and even stay in the same hotel brings in plenty to Sin City. For some, it’s about taking a shot and playing in a huge tournament. For others, they would rather watch their favorite players, while themselves playing in events that cater more to their budget.

For those of you in Las Vegas looking for some good tournaments to play in that are well below the cost of a typical WSOP event, look no further.

The Grand Poker Series at the Golden Nugget is a very popular tournament series that offers events that range from $115 up to a little over $1,110 for the Main Event. This event series already kicked off back on June 4, but will run through July 2 this year. Almost all of the events start at noon, with some events starting at 10am, while others start at 5pm. Most are also No Limit Hold’em tournaments, but there are some Seven Card Stud, Open Face Chinese, and Pot Limit Omaha tournaments on the schedule.

Some of the more interesting tournaments include the $1,050 No Limit Hold’em Rebuy/Re-Entry event.

If a fun Friday event is something more your style and you don’t want to blow a grand, check out the $125 No Limit Hold’em Survivor tournament on Friday the 13th at 2pm.

To wrap up the series at the Golden Nugget, located on Fremont Street in Downtown Las Vegas, the $1,100 Grand Finale Main Event Rebuy/Re-Entry event will take place on July 2 and noon.

If you haven’t checked out the Planet Hollywood poker room, it’s one of the more underrated venues in all of Las Vegas to play some cards. The Phamous Poker Series V kicked off on June 6, but runs all the way through July 6. The events have a wide range of starting times, from 11am tournaments to ones that start at 9pm. There are some tournaments that are quite affordable, such as multiple $75 No Limit Hold’em – $25 Bounty events that guarantee a $1,000 prize pool and $500 to the winner.

For many years it was said that the Bellagio was the “It” room in Las Vegas, but in recent years, Aria holds that title to many. This year, they are holding the Aria Poker Classic once more, which starts on June 11 and concludes on June 30. Many of the events in this series range from $150 and get no more expensive than $340 for entry fees.

There is a wide range of games to be played, including No Limit Hold’em, 2-7 Triple Draw, Open Face Chinese Poker, and Pot Limit Omaha. None of the events feature a guarantee prize pool and there is no posted “Main Event” for the series held at Aria. However, given the room’s extremely popularity it stands to reason that many of the events, such as the $150 No Limit Hold’em Rebuy/Re-Entry events will sell out rather quickly, especially on the weekends.

Plenty of Other Poker Rooms in Las Vegas

Players are encouraged to check out other hotels, as many run daily tournaments, such as Caesars Palace and The Venetian. Both of these rooms are extremely popular and offer a high-class feel. Others are welcome to play in very cheap tournaments that offer a different vibe, but certainly no less fun. While tourists in town might enjoy watching WSOP action at The Rio All Suites Hotel and Casino, they certainly don’t have to shell out WSOP buyins to enjoy some great tournament action.

I look forward to being there next year