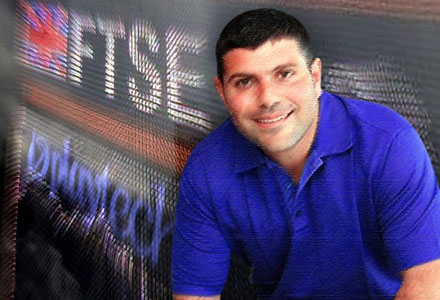 Could Playtech and its owner Teddy Sagi be a part of the Amaya takeover bid? Financial analysts seem to think so. (Image: nocamels.com)

Playtech shares are looking stronger than ever, after reports surfaced last week that it may be one of the investors looking to join CEO David Baazov in his Amaya takeover bid.

Currently the talk of the iGaming world, Baazov’s February announcement that he’s interested in bidding around CDN$4.39 billion (US$3.13 billion) for Amaya is now having a ripple effect across the industry.

According to a recent report by Bloomberg’s Scott Deveau, gambling software development firm Playtech and its owner Teddy Sagi (who recently made the Top 500 in Forbes’ latest Richest list for global billionaires) may be a part of the private investment group Baazov has put together to fund the bid.

Playtech Sizing Up the Market

Although Playtech has refused to comment on whether it will be joining Baazov in that bid to take over the parent company of PokerStars and Full Tilt, its chairman did suggest that it was considering a number of “strategic acquisitions” at the moment.

The software company is already in the process of trying to acquire OpenBet, a sports betting platform which has been advised by Morgan Stanley to sell, so there is every chance it could be looking to make further investments with Baazov.

But if this were to happen, it would certainly be a reversal of a dynamic that occurred in 2014, when Amaya and Playtech went head-to-head in a bidding war for bwin. party. Although both companies eventually lost out to GVC, who secured the deal for $1.6 billion earlier this year, they were on opposing sides at one point in time.

That previous rivalry appears to be behind the two companies now, though, as there is mounting evidence that Playtech will be part of the Amaya takeover.

Perhaps the strongest indication that Playtech is readying itself for a major financial move came today, when Swiss global finance company UBS confirmed eight of its financial analysts had given the company a “strong buy” rating.

In financial terms, that means the company is expected to be experiencing a positive financial performance in the near future. That’s purely a prediction, but talks of a takeover bid often have a positive impact on all parties concerned and that could suggest Playtech will be a part of the Amaya bid.

As yet there has been no formal offer from Baazov, but at the end of February, a number of sources suggested that the board is confident one will be coming within the next few weeks.

If this is the case and Playtech is on board, then we could see more movement in the financial markets as the experts consider the potential impact of Amaya, and thus PokerStars, becoming private entities once again.