The ongoing trade war between the US and Canada has a new victim – playing cards. 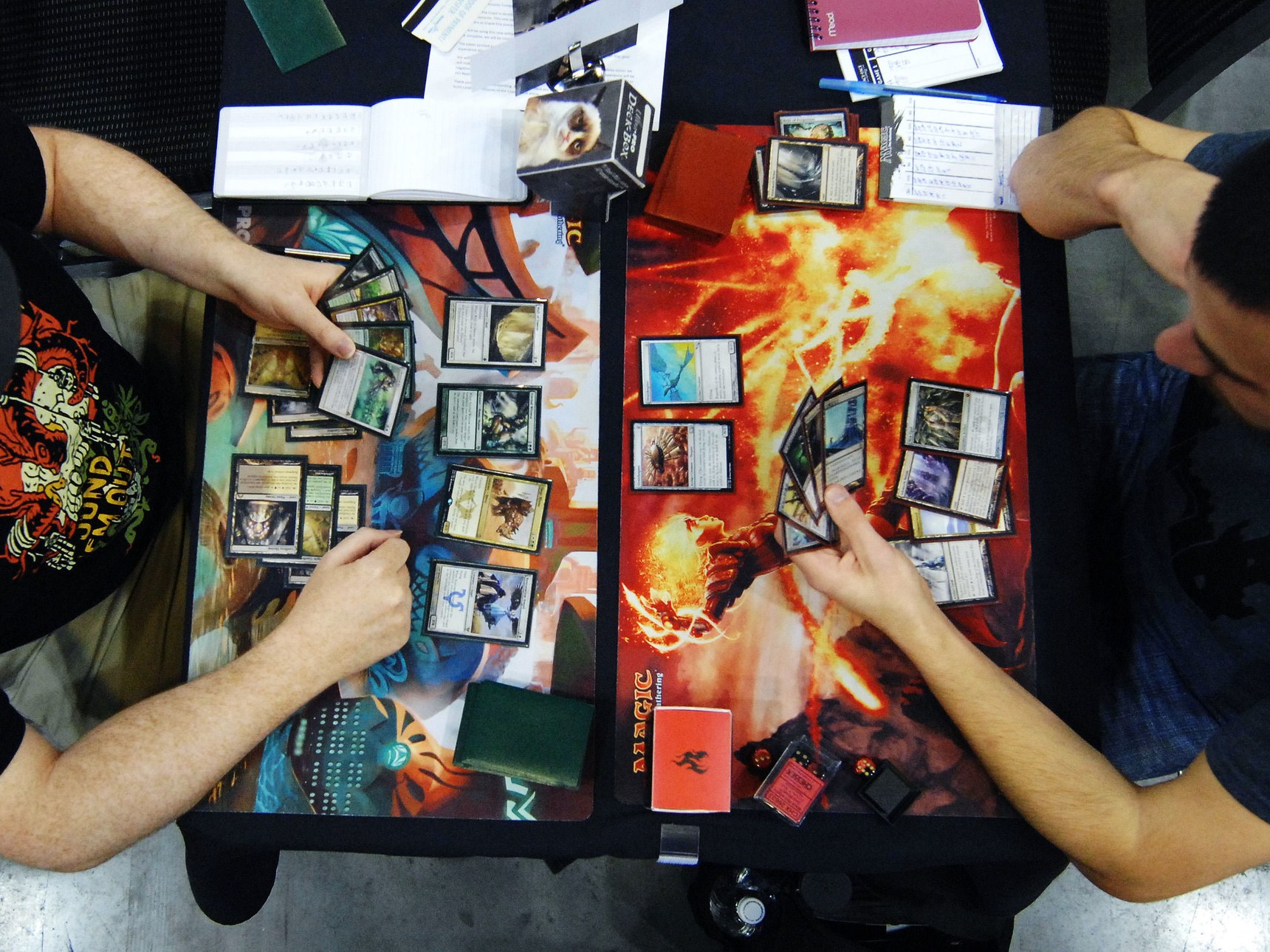 The price of cards for Magic: The Gathering is going up north of the border thanks to an escalating US-Canada trade dispute. (Source: Wired)

America’s northern neighbor is fighting back against taxes on some of its most crucial exports with retaliatory tactics of its own, and playing cards are getting caught in the crossfire.

Earlier this year, the Trump administration slapped import taxes on Canadian steel and aluminum — two of Canada’s must crucial exports. In response, Canadian officials implemented tariffs on US exports, including a 10 percent tax on all playing cards coming into Canada from south of the border.

That’s having an effect on card players north of the border and card manufacturers in the US.

The tariff affects both regular playing cards used in poker games, as well as those used in a game that’s popular with many poker players – Magic: The Gathering.

However, while Canada can turn to manufacturers at home or elsewhere abroad for standard playing cards, Magic cards are made almost exclusively in the US.

That’s affecting Magic players and the local hobby shops which sell the cards. The extra cost is being downloaded on to the consumer, resulting in lower sales for Canadian retailers. Sets of Magic cards can go for hundreds of dollars, so the extra cost adds up quickly.

“Our prices may be 10 percent higher, but we’re not making 10 percent more,” David Teller, who owns the Wizard’s Tower card shop in Ottawa, told CBC News. “And then if our sales drop, obviously that’s a concern.”

Canada is the number one purchaser of US-made cards in the world, importing about $4.6 million worth of cards annually.

If sales slip, US manufacturers will be hurt. Why are they targeting playing cards? While officials haven’t laid out specifics, many trade experts believe Canada is targeting industries that affect the Republican leadership.

Magic cards are manufactured by the US Playing Card Company, which is located in Kentucky. That just happens to be home to Senate Majority Leader and Trump supporter, Mitch McConnell.

So far, poker cards haven’t been significantly affected by the tariffs, but that could change as the trade dispute stretches on. The provincial body which oversees all of the casinos in Quebec has already put out the call for a new contract on playing cards.

“The contract has not yet been awarded. The impact of tariffs could depend on the firm selected, as the origin of the cards vary from supplier to suppliers,” Renaud Dugas of Loto-Quebec told CBC News.

There has been progress on the trade war in recent days, however. The Trump administration is expected to announce a breakthrough in NAFTA negotiations with Mexico this week, which could clear the way for fresh talks with Canada.

Why is he still in office?

I’m glade I picked up 4 new decks from Faded Spade before these tariffs were put in place. Although they are very good quality and imo are worth the extra 10%, especially the 4 colour decks they look amazing.
This trade war shows how incompetent Trump is, he literally has no idea what he is doing. His tariffs on Canadian aluminum and steel while they do help American companies that produce aluminum and steel, they hurt any American company that uses aluminum or steel to produce their products. This creates a net loss in jobs for Americans.