Players to take Action Against PokerStars And VIP Changes 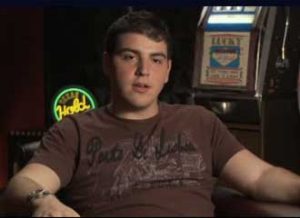 A group of players plan to sit out of PokerStars games at the start of December as a protest against VIP changes. (Image: parttimepoker.com)

PokerStars’ plans to adjust its VIP program in January have received mixed reactions from the poker community.

Since Amaya took control of PokerStars it’s been on a mission to level the playing field and make its platform a more complete gaming destination.

From a practical point of view, the inclusion of casino games and sports betting, coupled with a shift in the general way poker games are offered, has seen PokerStars become more of a destination for recreational players in recent months.

Change is Good for Almost Everyone

From a business perspective this shift has meant an upturn in profits, despite a poker market that’s still struggling in some areas; however, it’s not a shift that’s sat well with some members of the poker community.

In light of PokerStars’ recent announcement regarding VIP changes, a small number of high-volume players believe they will lose out on a number of benefits in the New Year.

At the start of November, PokerStars’ Eric Hollreiser explained that the proposed changes would “improve the playing experience” for every player on the site. However, according to a number of high stakes pros, the changes will significantly impact their bottom line.

At the heart of the disagreement between PokerStars and some of its players is the 30 percent cap on bonus returns as well as the exclusion of VIP points for games with stakes above $5/$10.

As a sign of their discontent, a group of players who frequent the Russian forum Gipsy Team decided to organize a mass sit out between December 1 and December 3.

What initially started out as a Russian movement quickly has since turned into a community-wide show of solidarity thanks to Dani Stern.

The long-time high stakes player took it upon himself to echo the Russian’s sentiments via his Twitter account and quickly found support from a number of peers.

Answering any and all questions, as well as directing people to the official protest thread, Stern has now become something of a figurehead for the campaign.

Stating that he believes the VIP changes will “hurt everyone,” Stern has urged as many people as possible to sign their name in the thread and not play any poker on the site between the selected dates.

As it stands PokerStars hasn’t responded to talks of a protest, but it maintains that its planned changes will be for the good of the online poker community. In fact, according to Hollreiser, the changes will help more players earn more from the game.

“The changes are a move towards a more balanced long-term poker economy and to return the game back to one that rewards skill for winning at the tables,” wrote Hollreiser.

Just how much of an impact the planned sit out will have remains to be seen; however, it certainly looks as though the issue of PokerStars’ VIP rewards will be one that continues well into the New Year.

author of this sounds like a rep. for Pokerstars
Having read some other articles/posts, this one seems a tad dillusional

Did you even read the article PO? The author is reporting news and specifically quotes someone from PokerStars – those are not his words.