Players Line Up for Big One for One Drop 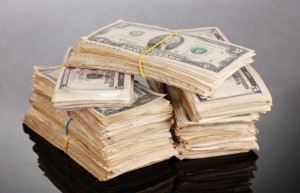 Jean-Robert Bellande is one of many poker pros who has shelled out his $1 million buy-in to the 2014 Big One for One Drop event in Las Vegas.

The World Series of Poker is fast approaching, and one of the highlights on the schedule of summer poker tournaments is the Big One for One Drop. With a $1 million buy-in, the No Limit Hold’em event aims to bring some of the richest people and best known poker players to the tables on June 29 in Las Vegas.

But What Is It?

The Big One for One Drop offers players the chance to buy-in to a WSOP tournament for $1 million and compete for the largest cash prize in the game. There is no rake or fee added to the buy-in for this unique tournament, and $111,111 of each buy-in is donated to the One Drop organization, while the other $888,889 goes into the prize pool.

One Drop is a non-profit group started by Cirque du Soleil founder Guy Laliberté, with a mission to make water accessible to everyone in the world.

With a water shortage affecting millions of people around the globe, One Drop works to create water management projects and deliver access to water in various disadvantaged communities in Latin America, West Africa, and Asia.

The Big One for One Drop was introduced at the 2012 WSOP with a 48-player cap. The field was full of 28 poker pros and 20 businessmen, who competed for the $42,666,672 prize pool. The top nine players were paid, but it was Antonio Esfandiari who emerged victorious to claim $18,346,673 – the largest payout ever in a live poker tournament.

The 2014 WSOP brings the Big One for One Drop back to the tables, but with a higher cap on the field. There are 56 seats available, and as of March 19, a solid number of those were already taken by players like Antonio Esfandiari, Guy Laliberte, Phil Ivey, Jason Mercier, Bill Perkins, Erik Seidel, and several anonymous businessmen.

Just two weeks before the WSOP gets underway, the WSOP released a new press release with additional names on the list. Vanessa Selbst was the most notable, as no women played in the 2012 event, and she will likely be the only female in the field in 2014.

Another player who registered recently was Jean-Robert Bellande, known to his Twitter followers as BrokeLivingJRB. He is not known to be flush with cash on a regular basis, thus his nickname, but he posted a photo of himself at the Rio cashier cage, buying in for $1 million cash that he removed from a gym bag.

Others who recently signed up to play include Anthony Gregg, Fabian Quoss, Max Altergott, Tobias Reinkemeier, Igor Kurganov, and Niklas Heinecker. They are familiar names on the High Roller tournament circuit.

Christoph Vogelsang also committed to play, and he is a stranger to most circles, having never played a WSOP event before and only having cashed in two major poker tournaments.

Another anonymous businessman, this one of the Asian persuasion, according to the press release, has asked to remain nameless until the tournament begins.

The field has 23 committed players as of May 19, and more names are expected to be added as the tournament nears. As the WSOP continues through June and awards hundreds of thousands of dollars to players, there may be some additional and unexpected registrants.