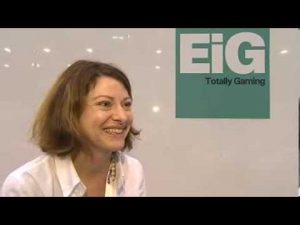 Everest Poker, the online site that was once an official sponsor of the World Series of Poker, is closing its doors in France.

The online poker site, which is now owned by the Betclic-Everest Group, has struggled in France over the last few years due to falling player numbers and increasing taxation by the French government.

With economic conditions looking unlikely to improve, Betclic-Everest has decided it would be more cost-effective to shutter EverestPoker.fr and migrate all its players to its sister site, Betclic Poker.

News of the decision was made public this week after registered players were sent an email explaining how the migration process would be handled.

“From 31 May, the Everest Poker gaming platform will not be accessible. In early October 2016, players who have not migrated will be automatically refunded and their existing accounts will be closed,” players were told.

For those that choose to migrate their accounts, Betclic-Everest will ensure that their full account balance, including their VIP status (Summit Points), is transferred from Everest to Betclic after May 31.

Commenting on the decision, Betclic-Everest’s CEO Isabelle Andres explained that it simply wasn’t financially viable to run two separate platforms in an economy that’s currently in the midst of a downswing.

“There was logic, not logic in maintaining two poker sites in the French market. We keep all our ambition and are confident that our customers will benefit from Betclic’s a quality poker offering,” said Andres.

Consolidation in the Face of Adversity

While the news will come as something of a shock to EverestPoker.fr players, the decision to leave a struggling market is one the operator has made in the past.

Back in 2014 Betclic-Everest announced that it was closing its operation in Russia. Although the company declined to say exactly why it was leaving one of the largest potential markets in the world, the feeling at the time was that it was to avoid Russia’s war against online poker.

In fact, the move was made soon after the likes of Unibet, PokerStars, Titan and PartyPoker were blacklisted by the country’s ISPs on the request of the government.

Fearing the same treatment and possible exclusions in the future, Betclic-Everest joined William Hill in shuttering its Russian sites.

Quite how the latest move will affect Betclic-Everest’s overall presence in France is unclear. Back in January, the government rejected player pool sharing at the same time the market reported another 14 percent drop in revenue.

With all operators struggling to turn a profit in France, it could be the case that Betclic-Everest is making one final roll of the dice before shuttering its French operations completely.