Do You Have What it Takes to Play Poker for a Living?

Perusing the forums on CardsChat, I found a question that I have heard over and over my entire career: “What does it take to become a poker pro?” Variations on the question, like “How much do you have to study?” or “How long would it take to become a pro?” are frequent on the forums, and most of them don’t seem to get very good answers. 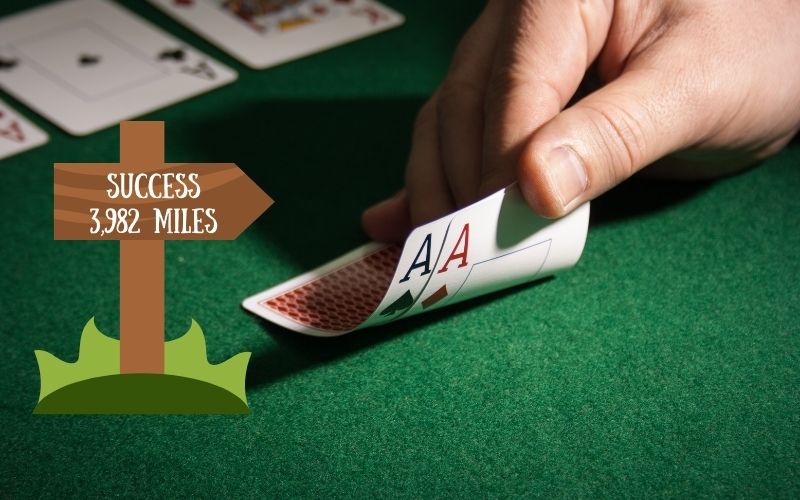 The truth, as in most questions about poker, is simply “it depends.” But that doesn’t help much does it? So let’s look at what it really takes. Maybe this article can help you decide if a career as a poker pro is right for you.

Most people shouldn’t, even if they can

The short answer is that you probably shouldn’t play poker for a living. That’s not to say that poker hasn’t been very good to me. It has. I’ve traveled the world, played in some of the biggest tournaments, and made a fine living. But I still might change my occupation if I could go back 20 years and do it over. And most people won’t have the success that I’ve had, especially starting off now when the game is much tougher.

Very few aspiring pros will be deterred by this, however. If you have the skills to learn to play poker and to make a good living, then you can be a computer programmer and make more money with benefits and job security, or start a business. Things that don’t even require a college education. And being a poker pro isn’t the glamorous life you may think it is.

Many pros are broke, even though it appears as if they’ve won millions in tournaments. They may have been backed, sold action, or simply invested nearly as much in buy-ins as they won. And they may live an expensive life, as well. If you’re a traveling pro, hotels, food, and travel can eat up your winnings very quickly.


Being a poker pro isn’t the glamorous life you may think it is.

Playing poker as a serious hobby or a side-hustle can be very rewarding. Financially, it can be great if you’re a winning player. How many people have a hobby that pays them? While your friends are buying boats or spending money on ski vacations or attending baseball games, you’re actually making money at the poker tables playing the game you love. And that can make a big difference in your finances.

But if you are still curious about playing poker as your primary source of income, let’s talk about what that actually entails.

What traits do you need to become a poker professional?

First of all, it’s much like a menu with no pricing on it. If you have to ask about the cost, the fact is, you probably can’t afford to do it, or more likely, don’t want to invest the time and money required. Not that there’s anything wrong with that.


Being a poker pro usually means you are a self-starter. It means that you can go study things on your own and work hard without someone telling you what to do. And that isn’t the world we live in. Most people are raised and trained to have a job, to do what a manager wants them to do, and to fall within a set of expectations. So if you aren’t already working hard and studying on your own, then your chances aren’t great.

I get emails from prospective students quite often that talk about how bad they want it and how much passion they have for the game. But those students often discover that it’s not as much fun when you have homework. They don’t want to study and spend time learning things that aren’t fun.

The second trait you’ll need is mental toughness. If you can’t take terrible beats for weeks on end and keep playing well, you won’t make it as a full-time pro. Because those ups and downs can be big, and when you are playing to pay the bills, they can be really stressful.

That mental toughness will also be important even on days when you aren’t running bad, because you’ll have to stay sharp and focused for hours on end, day after day. I don’t know of any other job (aside from maybe a trauma or ER doctor) where you’re making critical decisions in complicated spots at least 100 times an hour and working full time. And one mistake can cost you the day’s winnings and send you home wishing you had never gone to work.

You’ll also need some intelligence. How much is certainly up for debate, but to make real money in today’s game, you’ll need more than guts and some people-reading skills. If you can’t learn the basic math, or simply aren’t willing to, you won’t have a chance.

The least effort you can put in is probably hiring a coach for a few hours a week and doing a few more hours of homework. And if you’re only studying for a few hours a week, it will take years to become a winning player, if it happens at all, because the game may evolve faster than you’re learning.

So, can you do it?  Probably. Most people of reasonable intelligence can be successful at poker if they have the other traits and they work hard enough.

Will you do it? Probably not.

The simple truth is, most aspiring poker pros fail. It seems like half the rideshare drivers in Vegas are failed poker pros. Most people discover that it isn’t as much fun as they thought, or they have trouble putting in the hours of play and the hours of study that it takes to make it happen. Some fall into the traps of drinking and gambling that surround the card room and lose it all back even when they’re winning at the table.

But whatever the cause, most people, no matter how bad they say they want it, don’t pull off playing poker as a full-time job.

The best indicator of success in poker is previous success. If you’ve been successful without someone telling you what to do in the past, poker may be right for you. If you’ve been a winning player over a large sample of hands, that helps too. If you don’t know for sure because you don’t track your results, the prognosis isn’t good.

And a few tournament wins don’t mean anything if you don’t know how many you’ve played and what your ROI is.

An exercise you can try for yourself

To find out if you might be able to play poker for a living, try a small experiment. Play micro-stakes online. Play the same game without moving up or taking shots at different games until you’ve played 50,000 hands. You can track that with PokerTracker or another similar product. Play at least 15 hours a week and study five hours a week. Spend your study time efficiently, watching videos, reading books, taking notes, working with a coach, whatever works for you. And keep doing this until you are a serious winner over a sample size of 50,000 hands.

If you’re playing two or three tables, you should be able to get 50,000 hands in less than 300 hours of play. That’s like working a full-time job for less than a month. It may take you six months to get there, but if you can’t manage to stick with it until you get the proof that you are a long-term winner and can stick with it, you don’t stand a chance playing for a living.

You may discover that you get bored and want to play different games and bounce around. If so, it will be hard for you to grind out a living in the same game that you know you can beat.

You may discover that it’s hard to make enough time to get in that many hands. If so, you probably don’t want to try to play full-time where you’ll be grinding out a ton of hours. Some people just can’t go to work if there isn’t a boss who holds them accountable. There’s nothing wrong with that, it’s just how a lot of people are wired.

You may discover that you can’t manage to beat the games because you aren’t studying hard enough or aren’t able to find the right materials. If you can’t beat micro-stakes after studying five hours a week for a few months, then playing for a living definitely isn’t right for you. It doesn’t mean you aren’t a smart person, or even that you aren’t a good player, it just means that you aren’t in the top few percent who are able to play so well that they can beat their opponents for more than they’re paying in rake.

The secret to playing poker for a living

Since you read this far, I will tell you the secret to playing poker for a living.

It’s just hard work. That’s it. No different than any other job.

The good news is that it’s very doable if you have the skills I listed above and are willing to put in the work. In fact, it’s a great career for some people. If you put in as much work studying the game as would into getting a one-year certificate from a college, you’ll probably be making more money than most people who spend that much time in school, and you won’t have any student loans to pay off.