Russia’s Arseniy Karmatskiy has won PokerStars EPT Sochi and $464,100 after dominating the final stages of the $3,300 main event. 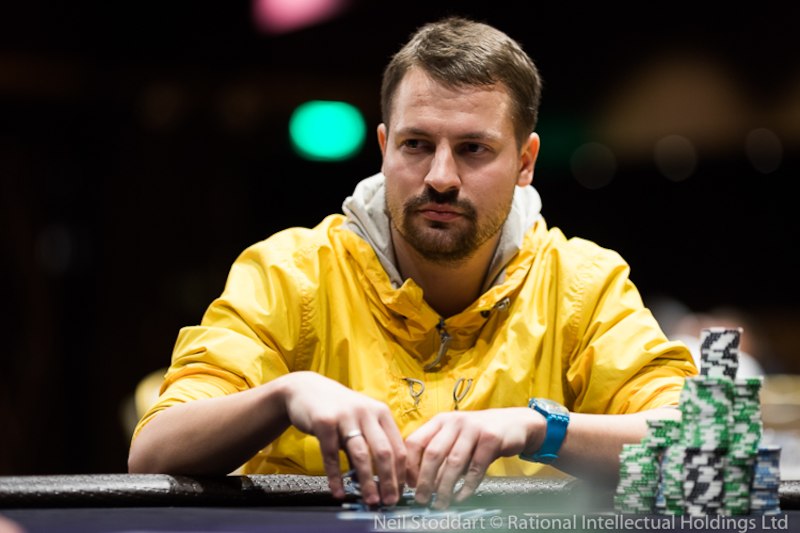 On the final day of the inaugural European Poker Tour (EPT) in the Russian city of Sochi, Karmatskiy was a fitting winner.

Born in Russia, the pro player sat down at the final table of the main event with the largest stack and barely moved from the top spot.

After starting the penultimate session in the middle of the pack, the Russian found himself on the right side of a coinflip against Mikhail Zavoloka inside Casino Sochi on Day 6.

With his opponent dispatched and his stack burgeoning, Karmatskiy was able to parlay his momentum into a run that would eventually see him outlast Viktor Shegai to win his first major title.

When the cards started to fly on Day 7 of the 861-runner tournament, Karmatskiy made the first decisive move by busting Andrey Kaygorodsev in seventh place. With the elimination floodgates open, he went on to play a part in the demise of almost all his tablemates.

However, by the time Shegai was the only remaining player, Karmatskiy didn’t have things his own way. Despite facing a 4:1 chip deficit, the eventual runner-up dug deep to make a fight of it.

That effort was to no avail though, as Karmatskiy found his way across the finish line with Q♠T♦. After getting all the money in against the J♣8♣ of Shegai, the new EPT Sochi main event champion wrapped things up after the board ran out T♣7♦6♦7♠6♥.

As the confetti finished falling and Karmatskiy took stock of his achievement, the biggest win of his career and his impending wedding were the furthest things from his mind.

“The idea of winning the Platinum Pass was more exciting than the money jumps. I’ve never played a $25,000 tournament. It’s going to be a great experience to play such a big tournament,” the Russian pro told PokerStars Live reporters.

Even though he managed to bank north of $464,000 and his wedding was scheduled to take place the next day, Karmatskiy was happy to become the latest Platinum Pass winner.

Worth $30,000 and offering an all-expenses paid trip the Bahamas for the 2019 PokerStars Players NL Hold’em Championship, the pass was a nice addition to a winner’s prize package.

I watched this tournament from the first day and on the last day Karmadsky had a lot of luck.