Planet Hollywood’s draft schedule for its annual summer Goliath series includes “The 2020” event with a guaranteed prize pool worth at least $202,020, and a $1,700 main event with a $1 million guarantee. 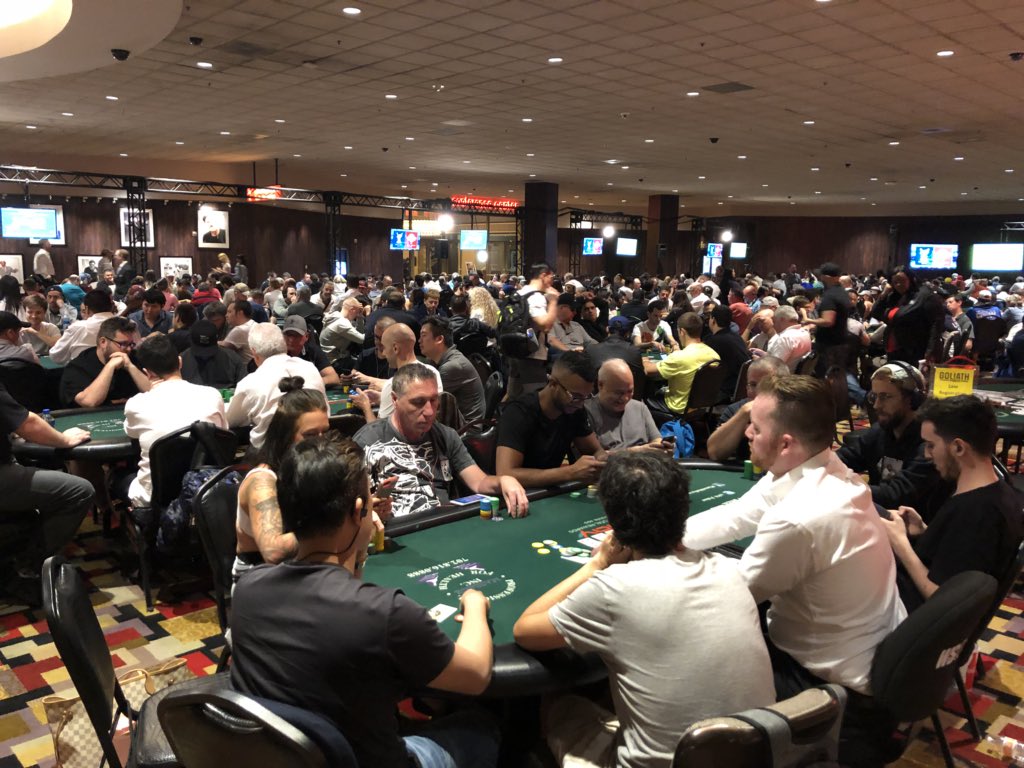 Planet Hollywood will again host its annual Goliath summer series, and released a draft schedule for the festival this past weekend. (Image: Twitter)

The casino released the tentative schedule this weekend before finalizing its plans, as has become an annual tradition by Poker Operations Manager Chris Gawlik. Players provide feedback on the offerings, and management tends to make minor tweaks before releasing the final schedule.

The 2020 Goliath is tentatively scheduled to run from May 27 to July 8, with mostly No-Limit Hold’em events (featuring big blind antes) along with a variety of Pot-Limit Omaha and other mixed games. The draft schedule doesn’t include any Triple Stud or HORSE tournaments.

Highlights of the initial plans include:

Other notable tournaments include $400 buy-in Dealer’s Choice and Seven-Card Stud events, a series of $200 Survivor tournaments, a $500 Big O event, and a $100 All-In or Fold tournament in which all of the payouts are bounties, with each player being worth $80.

While plans are subject to change, Planet Hollywood has tended to make only minor adjustments from its draft schedule in previous years before releasing a final draft.

The poker room’s Twitter account said structures will likely not be released until April, but hasn’t said when a final schedule is expected.

can’t wait for another year of tourney’s.