Piotr Nurzynski qualified for the EPT Barcelona main event though a €250 ($290) satellite on PokerStars. After battling through a field of 1,931 entries, he’ll be leaving the tournament having won €1,037,109 ($1.2 million) and his first major poker championship. 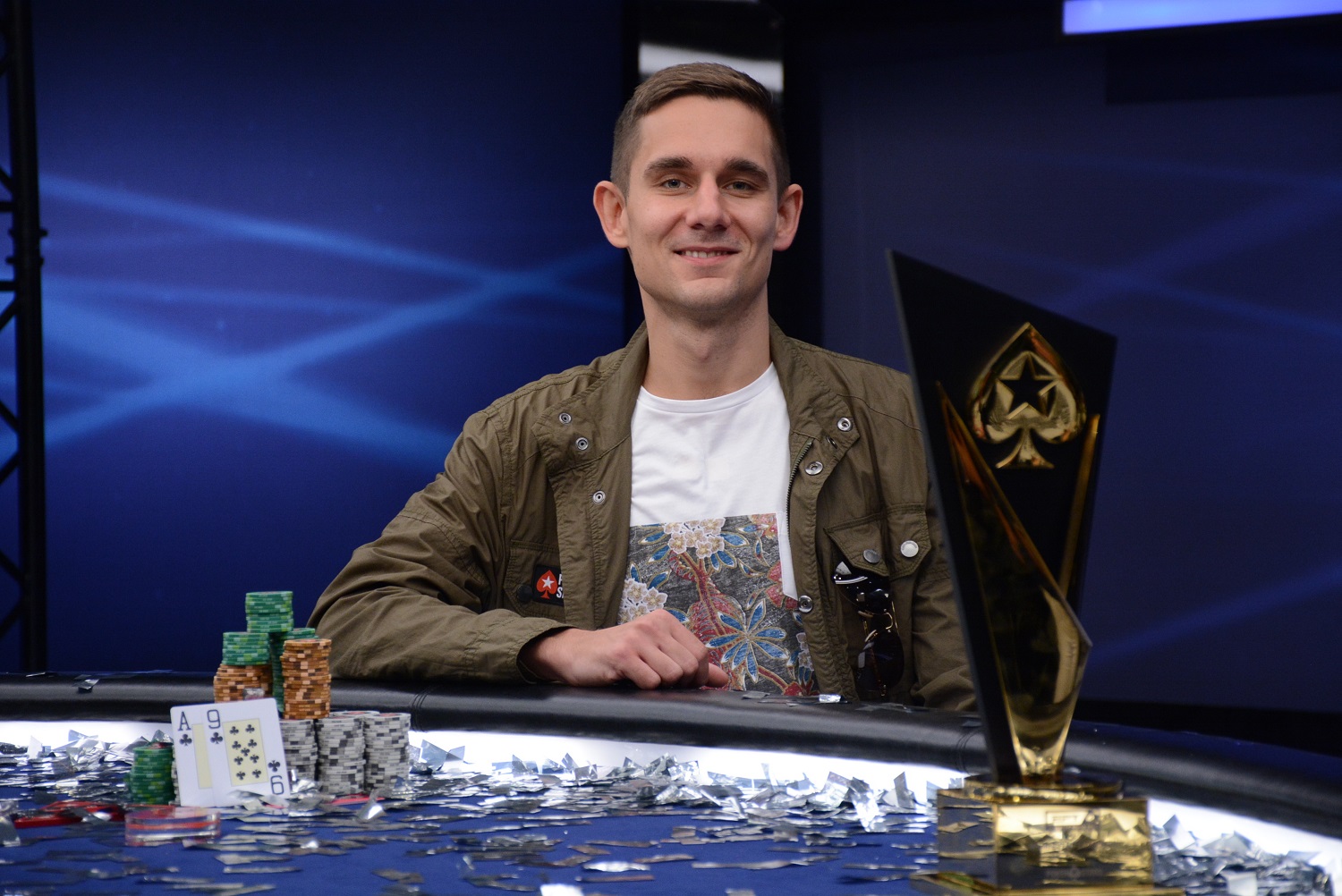 The final four players in the tournament had agreed to a deal before the conclusion that guaranteed everyone at the table a lucrative payday, while still leaving the trophy, €180,000 ($209,000), and a Platinum Pass to the 2019 PokerStars Players NL Hold’em Championship (PSPC) in the Bahamas for the winner.

Ultimately, that agreement worked out well for everyone involved. When Portugal’s Pedro Marques and Bulgaria’s Ognyan Dimov were eliminated in fourth and third place respectively, they each earned far more than the original third place prize.

That left Nurzynski, a 28-year-old doctor, to compete against Wang, who was playing in his first ever major poker tournament. The title came down to a battle between two players who had shown plenty of skill throughout the tournament, but who lacked experience in high-pressure, high-stakes spots.

With some of the pressure relieved by the deal, however, Nurzynski was able to play calmly. Starting from a significant chip deficit, he doubled up with pocket kings and proceeded to dominate the heads-up session.

The Doctor Is In

The tournament was ultimately decided by two hands that took place within 10 minutes of each other. First, with the two competitors having almost equal stacks, Nurzynski managed to get full value out of his pocket jacks against Wang’s pocket nines, giving the Polish player a nearly five-to-one chip lead.

Two hands later, Nurzynski limped from the button with A♣9♣, while Wang checked with K♠2♦. The flop came 6♦K♣A♦, giving both men a pair. Wang led the flop, and Nurzynski coolly called. A 7♣ on the turn changed nothing. Wang checked, allow Nurzynski to lead the betting.

Wang called again, and a 4♦ hit on the river. Wang checked to Nurzynski, who moved all in. Wang called, but his pair of kings was no good, giving the title to Nurzynski.

The win was an incredible experience for Nurzynski, who had less than €10,000 in career tournament earnings before EPT Barcelona.

“It’s shocked me, but wow, I did it. I ran really, really well,” Nurzynski told PokerStars. “I have been watching EPT series for so many years and it was my dream to enter the final table. And it’s shocking.”

The result was nearly as sweet for Wang, whose Hendon Mob profile showed only $1,658 in lifetime earnings before his runner-up finish in the main event. Because he was the chip leader when the final four made their deal, he earned €1,023,701 ($1.19 million).

He’ll also be heading to the Bahamas alongside Nurzynski. The online qualifier who lasted longest in the EPT Barcelona main event was guaranteed a Platinum Pass, as was the winner – so with the final two players both having qualified through PokerStars, it was assured that they would each earn a PSPC package along with their prize money.

Congratulations to both of these guys, to go from a satellite to $1.2m has to be every casual poker players dream! They even have the chance to turn it into more in the Bahamas.

good performance and deserved congrats, keep up the good work)