Phil Ivey is making moves in the prestigious $50,000 Poker Players Championship at the 2019 World Series of Poker. The 10-time bracelet winner has the chip lead entering Day Four on Thursday with 12 players remaining out of 74 entrants and over $1 million headed to the eventual champion. 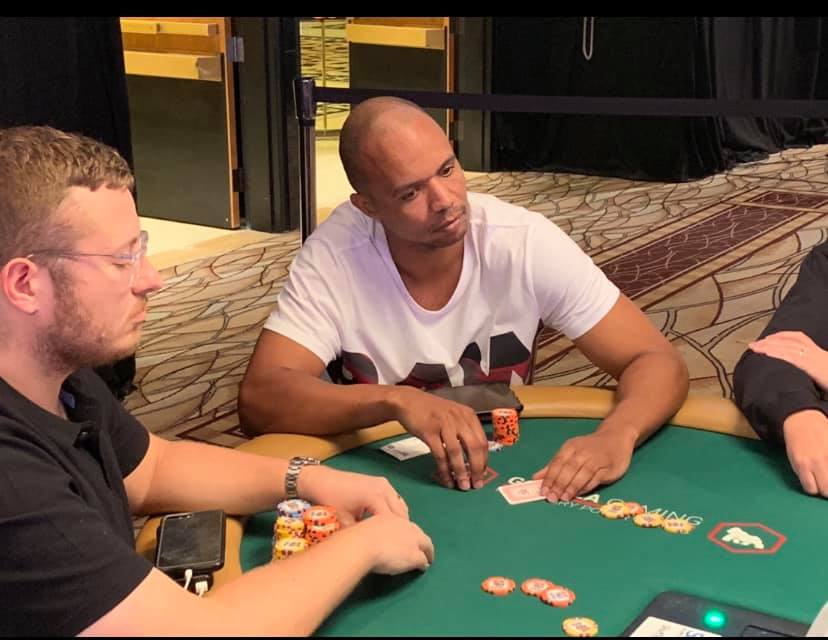 Day Three concluded on Wednesday when Josh Arieh busted Chris Klodnicki in 13th place. It was at that point when the tournament officially reached the money. That means every player left is guaranteed a payday of at least $72,078.

When Phil Ivey won his 10th bracelet in 2014 in a $1,500 8-game mix tournament, just about everyone in the poker industry assumed he would catch Phil Hellmuth – who had 14 titles at the time – within a few years. Fast forward five years later and he’s still stuck on 10, tied with Doyle Brunson and Johnny Chan for second all-time.

In fairness to Ivey, he took a few years off from tournament poker. He spent most of his time grinding the nosebleed cash games in Macau. Last year, however, he returned to a regular WSOP grind but only had moderate success.

Still, it’s a bit surprising that arguably the greatest poker player of all-time hasn’t won a bracelet since 2014. But that drought could soon come to an end, perhaps as early as Friday. Ivey holds the chip lead in one of the most important high stakes poker tournaments all year: $50,000 Poker Players Championship.

Michael Mizrachi was kind enough to allow someone else to win the Poker Players Championship this year. The “Grinder” bowed out on Day Three and, thus, won’t be winning this event for a fourth time.

That leaves the door open for other poker greats, including Ivey, who will sit down with the biggest stack (4,775,000) when play resumes at 2 pm PT on Thursday. Josh Arieh, a skilled golfer most known in the poker world for his two bracelets and third place finish in the 2004 Main Event, is in second place with 4,029,000.

After those two talented players there is a significant drop off in chip stacks. Shaun Deeb, the defending Player of the Year, is next in line with 2,450,000.

David Oppenheim, also in the mix, has a stack size of 2,108,000. A title in the Poker Players Championship could prove even more valuable for Oppie than anyone else. He’s a finalist for the Poker Hall of Fame and for those who haven’t turned in their ballots, a title in one of the biggest events of the year could push him over the hump.

Oppenheim has never been much of a tournament grinder with only $1.8 million in lifetime live tournament earnings. But he’s one of the best high stakes cash game pros in history, according to his peers which includes Daniel Negreanu.

Thursday’s session will play down to the final table of six, which will air live on PokerGo at 1 pm PT on Friday. You can also catch Day Four action on PokerGo beginning at 3 pm.

Phil Ivey is one of the players I enjoy following. In my books, he takes second place to Daniel Negraneau though. I think he lacks the charm and social flare that Daniel has, but this may very well improve over time. I cannot question his skill though. One cannot help but marvel at those guys when they are in action – a definite x-ray type vision into their opponents. Wow!

One thing that I definitely must do is take one of his lessons and possibly see which site he plays on and join it. Just that I am a pokerstars fan and do not want to join too many poker sites. I was on full tilt and fortunately it merged :).

Some of you may beat me to it since I have to save up first – check out his Poker Master Class: