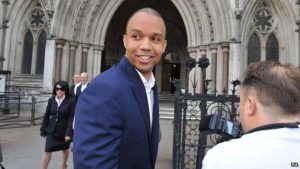 Back in Court: Ivey outside the Royal Courts of Justice where his initial attempt to pursue his Crockfords “winnings” failed last year. He’ll be back in a London court on December 10. (Image:

Phil Ivey has won the right to appeal a London High Court ruling that his edge-sorting run at Crockfords Casino amounted to cheating.

The poker player will once again pursue through the courts the £7.8 million he believes the casino owes him.

In the initial case last year, the judge, Mr Justice Mitting, ruled that the practice of “edge-sorting” employed by Ivey and accomplice Cheung Yin Sun during the punto banco sessions at the casino in 2012 was not a “legitimate strategy,” as Ivey had argued.

Ivey himself brought the action against the exclusive members-only casino for non-payment of winnings, the first time the legality of edge-sorting has been tested in a court of law.

The practice allows the skilled player to determine the value of certain cards by observing subtle flaws in the pattern on the back, thus turning the odds in his favor.

Crockfords said it believes that its dealer was tricked into using a certain deck of cards with a pattern suited to edge-sorting after Ivey claimed to be superstitious and insisted that the cards were “lucky.”

“What Mr Ivey and Ms Sun did was to persuade the croupier to turn some of the cards in the dealing shoe to permit them to know that they were or were very likely to be sevens, eights or nines, and in circumstances where she did not realize she had done so; and, if she had, would have immediately stopped play,” summarized Mitting in his ruling of October 8, 2014.

However, an appeal judge said this week that the case raises some important points of civil law and Ivey “has a real prospect of success.” The poker player will return to High Court in London on December 10 to plead his case.

“This is really great news,” Ivey told The Mail on Sunday. “I am getting a second shot and I’m hoping we will win this time around.

“It is not in my nature to cheat, which is why I was so bitterly disappointed by the judge’s decision a year ago, even though he said I was a truthful witness.

“When you are a professional gambler you are always looking for ways to gain an advantage over the casino,” he said. “It’s their job to prevent me from having any advantage. Sometimes I come out on top, sometimes they do.”

Ivey and Sun are also engaged in a legal dispute with the Borgata in Atlantic City over a similar incident, except that in that case Ivey and Sun are the defendants. The Borgata is suing the pair for “cheating” it out of $9.6 million during four sessions of mini-baccarat, which also occurred in 2012.

I have not followed this case. Was Ivey accused of marking the cards, or simply noticed subtle differences in the cards?

Hi simply noticed some differences in the cards…