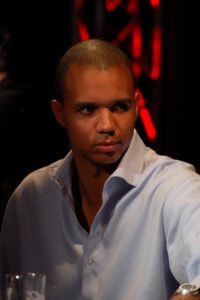 UPDATE: July 29, 2014: Media reports are now telling us that the Phuas have been released from federal custody at the Henderson Detention Center in Las Vegas; the release took place late Monday night.

The Phuas’ attorney, David Chesnoff, expressed gratitude for his clients’ release, and reiterated that they would have their day in court.

How far would you go to bail a friend out of jail? If you’re Phil Ivey and fellow poker superstar Andrew Robl, pretty far, it turns out. Because last week, Ivey and Robl put up a combined $2.5 million in an effort to free Paul Phua and his son Darren Phua from custody.

Paul Phua and his son had been arrested for their roles in an illegal, international sports betting operation running out of Caesars Palace that was busted by the FBI earlier this month. But while the massive effort from Ivey and Robl was designed to free the men, it instead only changed who exactly was holding on to the two Malaysian citizens.

According to a report in the Las Vegas Review-Journal, agents with US Immigration and Customs Enforcement (ICE) took custody of the Phuas after their bail had been posted. They are now listed as being in ICE custody at the Henderson Detention Center.

Court papers show the extent of the cash put up by the two poker players in an attempt to free the Phuas. Ivey himself put up $1 million, half of which was to pay the entire $500,000 bond for Darren, and the other half went towards Paul Phua’s $2 million bail. Andrew Robl then put up the remaining $1.5 million towards Paul Phua’s bail. Robl signed a sworn affidavit saying that he had been a friend of Phua’s for four years, and that he would cover the $1.5 million by cashing in chips at the Aria.

Another major poker player has also shown support for the Phuas: Tom Dwan was seen with the two men when FBI agents arrested them, and signed an affidavit that questioned the tactics used by the agents during the raid. He has been said to be in close contact with defense lawyers and has been present in court when the Phuas and their fellow defendants made their initial appearances.

Lawyer David Chesnoff, who has been representing the Phuas, said that they plan to challenge their clients’ detention by ICE.

“Our clients have complied with every condition set by a federal judge for their release,” Chesnoff said. “We have repeatedly attempted to contact ICE authorities, who have not responded. We are going to take further legal steps.”

The Phuas were expected to be released under the custody of a Las Vegas physician who knew the two men, where they would have been confined to home detention with electronic monitoring devices. However, ICE took custody of them before they could be released.

The Phuas and the other defendants in the case were taken into custody by the FBI on July 13, just days after a raid on their alleged sports betting operation. According to officials, the ring was taking bets on the World Cup, and was operating out of three villas at the resort. Caesars Palace itself was not a target of the investigation, and neither Ivey nor Robl are accused of any wrongdoing in connection with the case at this time.