Phil Ivey turned 40 this past February, making him eligible for the Poker Hall of Fame. The 10-time WSOP bracelet winner is expected to be a near-unanimous selection. 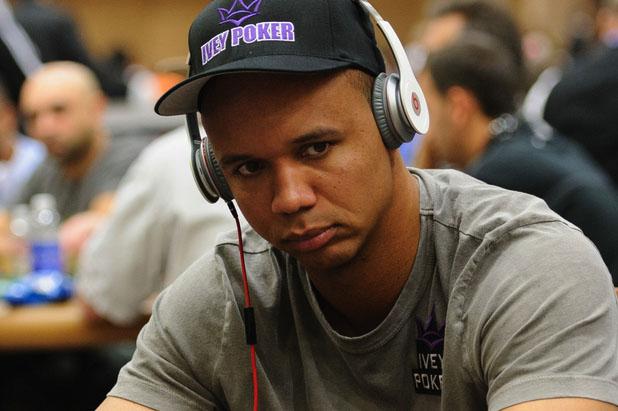 Phil Ivey seems like a lock to join the Poker Hall of Fame as a 2017 first-ballot inductee. (Image: highstakesdb.com)

Poker fans can nominate their own candidate online at WSOP.com. You must fill out a form including your personal info, nominee of choice, and reasons why you are nominating that candidate.

You can’t just nominate anyone, so stuffing the ballot box with votes for Hashtag King, Puff Daddy (or is it P-Diddy these days?), and Seymour Butts won’t do you any good. There are some strict criteria each candidate must meet to be considered.

To be considered for induction into the Poker Hall of Fame, players have to live up to these six criteria:

Is Ivey a Lock?

Ivey unquestionably exceeds the criteria for consideration. He plays in the highest stakes cash games in the world, has been a consistent performer for the entirety of the 21st century, has 10 WSOP bracelets (tied for second most all-time), and has more than $23 million in live tournament winnings.

Considered the best player in the world by many, Ivey ranks 5th all-time on the tournament money list, which is even more impressive considering he hasn’t been a regular on the tournament scene for the past few years. His biggest single tournament score was in the 2014 Aussie Millions $250,000 Challenge for $3.5 million.

Ivey hasn’t won a bracelet since 2014, however, when he took down the $1,500 Eight Game Mix. It can hardly be argued though that the mini-drought is indicative of declining skills. Ivey simply hasn’t played many WSOP events since the past two-and-a-half years, as he says there’s more money to be made half a world away in nosebleed cash games in Macau and across Asia.

The Poker Hall of Fame will narrow down its list to 10 finalists before choosing two winners. It’s hard to imagine Ivey isn’t one of the selections, leaving one more up for grabs. Who will it go to? Here is a list of potential candidates.

Gus Hansen: With more than $20 million in documented online losses, the Great Dane to some can be seen as the biggest loser in online poker in history. But he’s also had one heck of a live tournament career, having won more than $10 million, including three World Poker Tour titles. Gus also has been one of the more popular players in the game for more than a decade. The only knock against him is he hasn’t won any WSOP bracelets.

Mike Matusow: The Mouth is another interesting choice. The former dealer has one of the best WSOP resumes ever, winning four bracelets and cashing 51 times and counting. Matusow made the Main Event final table in 2001 and 2005. He was a regular on televised high stakes cash games and tournaments during the poker boom era, and was the 2013 NBC Heads-Up Championship winner. Even though he’s often controversial for his antics, he’s consistently put up results while being an ambassador for the game.

Chris Moneymaker: The man responsible for the 2003 poker boom could also be under consideration. He won the 2003 WSOP Main Event, one of the first amateurs to do so. But his value to the poker community far exceeds his accomplishments on the felt. Moneymaker has been one of the game’s top ambassadors ever since his monumental victory 14 years ago. But, as a player, he only has $1 million in tournament winnings since then, with his biggest score being $300,000 for 2nd place in the 2011 NBC Heads-Up Championship. The lack of continuous results could hurt his Hall of Fame chances.

Other possible candidates based on age and accomplishment include Ted Forrest, Pierre Neuville, Max Pescatori, David Sklansky, and Huck Seed.

Winners will be enshrined at a ceremony at the Rio during the WSOP Main Event final table next month.