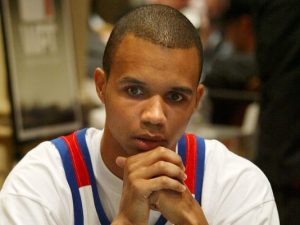 Phil Ivey, this year’s most notable World Series of Poker (WSOP) absentee, is currently in the middle of a major online downswing.

According to high stakes results tracking site, HighstakesDB, Ivey has dropped $968,264 under his PokerStars alias “RaiseOnce” in the past week.

Accessing the site from his hotel suite in Macau, Ivey managed to log 3,485 hands in the last seven days and suffered a loss rate of $-277.83 per hand.

A Bad Year for Ivey

Unfortunately for Ivey, his downswing hasn’t been confined to PokerStars. A quick search through Ivey’s recent results on Full Tilt it reveals more than $1 million in losses, mean his overall deficit for the year is more than $2 million.

Fortunately, however, Ivey has a robust bankroll and while a $2 million loss will no doubt sting, it certainly won’t cripple him.

In fact, with the WSOP now in full swing and Ivey nowhere to be seen, it’s a pretty good sign that the high stakes games in Macau are playing pretty big at the moment.

With so many players in Las Vegas at the same time, the Series is traditionally a lucrative time for high stakes cash game pros.

However, with Ivey unwilling to leave his comfort zone in Macau, it’s likely that games in Vegas can’t match the limits currently being played in the Asian gambling Mecca.

Of course, this may soon change as Ivey is expected in Sin City next week and when he flies over in his private jet he’ll no doubt bring some of Asia’s highest rollers with him.

In fact, Ivey’s estimated time of arrival should coincide nicely with the $50,000 Players Championship; an event which should bring out the best players in the world and generate a top prize large enough to erase Ivey’s current online deficit.

If that wasn’t incentive enough, Ivey will have heard about Phil Hellmuth’s record-breaking 14th bracelet in recent days.

Back in 2009 Ivey started getting more serious about bracelets (mainly because he started making crazy prop bets) and since that time he’s stated that he can surpass his namesake in the race for the most WSOP titles ever.

With ten already in the bag he’s gradually creeping up on Hellmuth; however, if he continues to fleece wealthy amateurs in Asia, it’s unlikely he’ll catch his rival any time soon.

Of course, while few would bet against an Ivey who is 100% focused on winning more bracelets, it seems the man himself isn’t too concerned with shiny gold trinkets at the moment.

He will take twice more in Macau cash games