Phil Hellmuth has never been one to shy away from representing a brand. He’s chomped down on a Carl’s Jr. burger on television, has had his mug plastered across Milwaukee’s Best beer cans, and currently represents Kimo Sabe Mezcal, Aria, and Muzik Headphones. Now the Poker Brat has added YouStake, a relaunched backing operation that allows fans to buy equity stakes of their favorite players in major tournaments and big cash games. 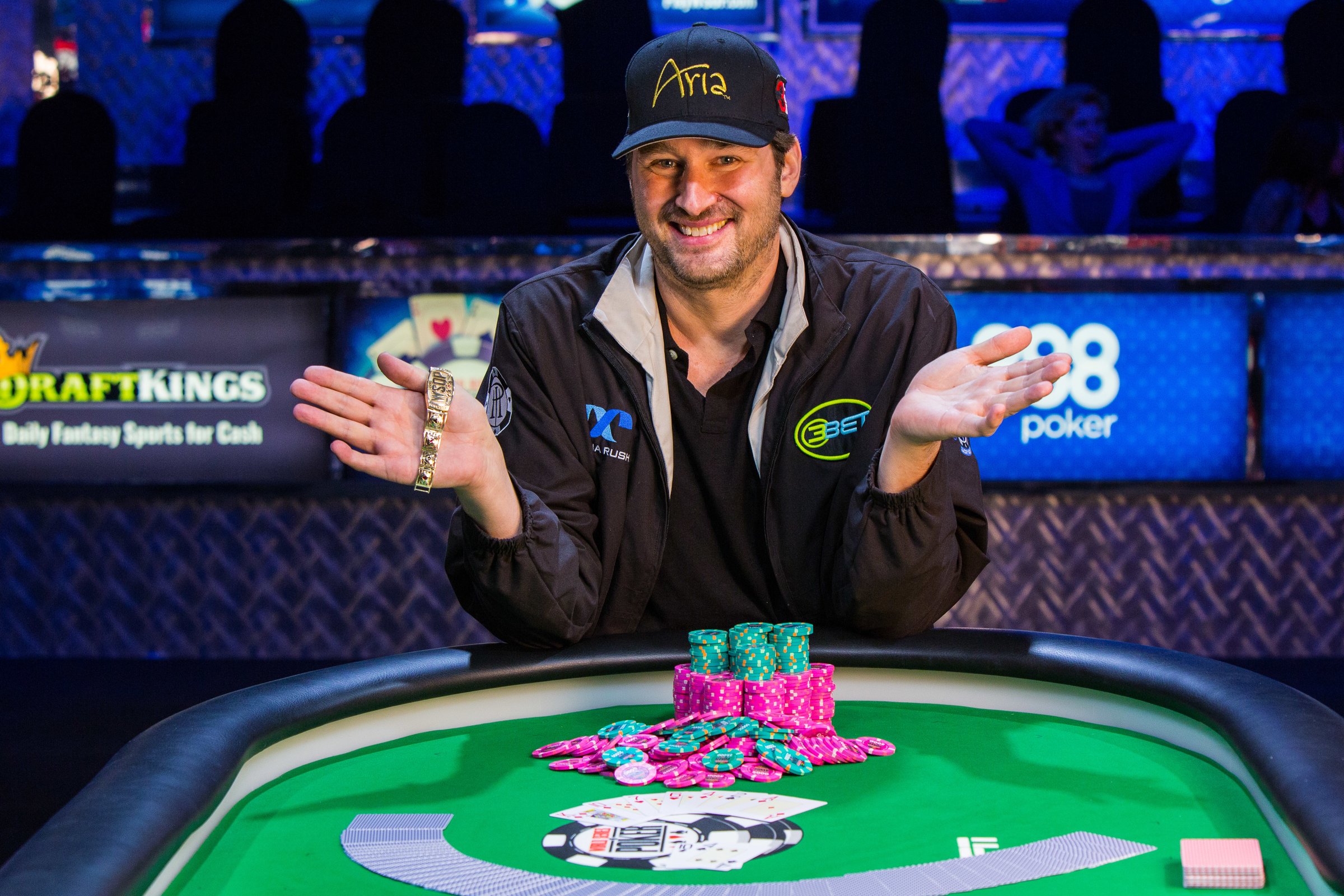 Phil Hellmuth’s first attempt at selling action on YouStake was a success, with 72 backers paying a 1.5 markup to buy 60 percent of his upcoming WPT LAPC Main Event. (Image: WSOP)

YouStake announced this week that Hellmuth would be joining their team as both an advisor and ambassador. The site launched in 2015 and calls itself a fully integrated sports crowdfunding platform. It allows the public to contribute to a poker player’s buy-in for live events, and offers a secure marketplace for both buying and selling shares, thus turning poker action into a tradable commodity.

As part of the team, Hellmuth will not only represent the brand, bur also he’ll promote a variety of tournaments and cash game action on the YouStake marketplace.

As an example, Hellmuth put up 60 percent of his action for the upcoming $10,000 WPT LAPC Main Event. His action came with a 1.5 markup and sold out within a day.

“I speak for the entire team at YouStake when I say that we have been grateful for the amount of support from the poker community, with notable professionals joining the ranks throughout the years,” YouStake cofounder and CEO Frank DeGeorge said. “Phil Hellmuth is our newest team member and we are excited to have him on board.”

DeGeorge also revealed that Hellmuth, a noted poker author who has won record 14 gold bracelets, will be offering action during the 2018 World Series of Poker.

“We look forward to him offering his tournament action to our users during the WSOP,” DeGeorge said. “He brings an enormous amount of positive branding, poker accomplishments, and business experience to our team and we are anticipating continued growth of our marketplace with him on board.”

In late 2016, YouStake temporarily shut down operations to comply with SEC requirements for registration as a crowdfunding portal with the Financial Industry Registry Authority.

The goal for YouStake was to align themselves with Kickstarter and GoFundMe. Up until that time, they had more than 6,500 registered users and had facilitated upwards of $8 million in poker backing transactions.

Former WSOP Main Event champs Jamie Gold and Greg Raymer, as well as Poker Hall of Famer Todd Brunson were among the notable players who used the service.

During the downtime, YouStake also relocated their headquarters from Las Vegas to Phoenix, Arizona. YouStake also has plans to expand into other sports beginning with golf tournaments and esports, with an eye toward mixed-martial arts (MMA), tennis, and rodeo in the future.

Does this give YouStake enough credit so I can now start leaving posts about my staking for WSOP and WPT events here on CC?

That has never had anything to do with YouStake’s credit or reliability. I know plenty of people who have used them and been satisfied. 🙂

He is boosting the profile of the website he is a partner of.

Money in the hand is always worth more than any that has not been won yet. Check out my post below.
😀 😉 😎