When most people think of Phil Hellmuth, the word “diplomatic” doesn’t necessarily spring to mind. But Hellmuth 2.0 has shown a more subdued and thoughtful version of the once-brash player, and the poker star’s post-presidential debate reviews reflect that new side. 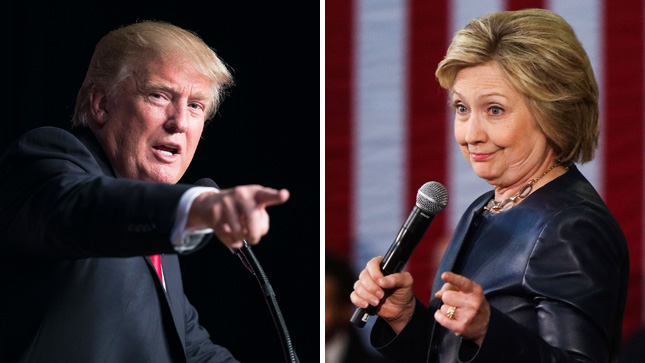 Once known for his epic blowups as much as he is for his 14 WSOP championship bracelets, Hellmuth was asked by TheStreet.com, a financial news website, to share some advice for US presidential candidates Donald Trump and Hillary Clinton prior to Monday’s debate.

At that time, the Poker Brat suggested Clinton should be more aggressive than in previous debates and that Trump should attack the former First Lady for her alleged corruption. Now that the debate has concluded, TheStreet brought the poker champ back to grade the candidates.

“Hillary looked very presidential,” Hellmuth told TheStreet. “I think she did a great job — attacking was smart for her. I think she highlighted Trump’s lack of experience and the temperament stuff was effective. She did a really good job of attacking those two things.”

The all-time most WSOP events winner admitted he was surprised at how aggressive Clinton was. Her strategy was similar to the advice Hellmuth gave prior to the debate. But she did something even more important, according to the poker pro.

“I think she did a pretty good job of letting us know that she could be a really good president,” he said.

Donald Trump, the Republican nominee, has no experience in politics. He’s a wealthy businessman and reality TV star whose campaign wasn’t even taken seriously by most of America a year ago. But he built up a strong following and now has an opportunity to shock the world. To do that, however, experts believe he needs to show undecided voters he can act “presidential.” And Hellmuth felt that he too did that on Monday night.

He also gave Trump an “A” grade. After praising the businessman, Hellmuth explained what Trump could have done better.

“I was surprised that he didn’t use his best move that got him there and that’s calling her ‘Crooked Hillary,'” he said, suggesting this “playground tactic” helped get him this far in the election.

The second of three presidential debates will take place October 9 at Washington University in St. Louis, Missouri. No word on if TheStreet will bring the Poker Brat back to give his two cents before and/or after Debate #2.

Monday’s debate, the first of the general election season, had 84 million viewers and was aired on 13 channels, according to Nielsen ratings. That makes it by far the most-watched presidential debate in history.

Coming in second, we’d have to look back more than 35 years to 1980, when eventual winner Ronald Reagan (R) went up against increasingly unpopular incumbent Jimmy Carter (D). That debate pulled in some 80 million viewers, per Nielsen. Taking the #3 spot would be the Mitt Romney (R) vs. Barack Obama (D) 2012 battle, which Nielsen says brought in 70 million viewers.