Phil Hellmuth may or may not win the Round 2 match of High Stakes Duel against Daniel Negreanu, but he is, in my opinion, the smart wager. 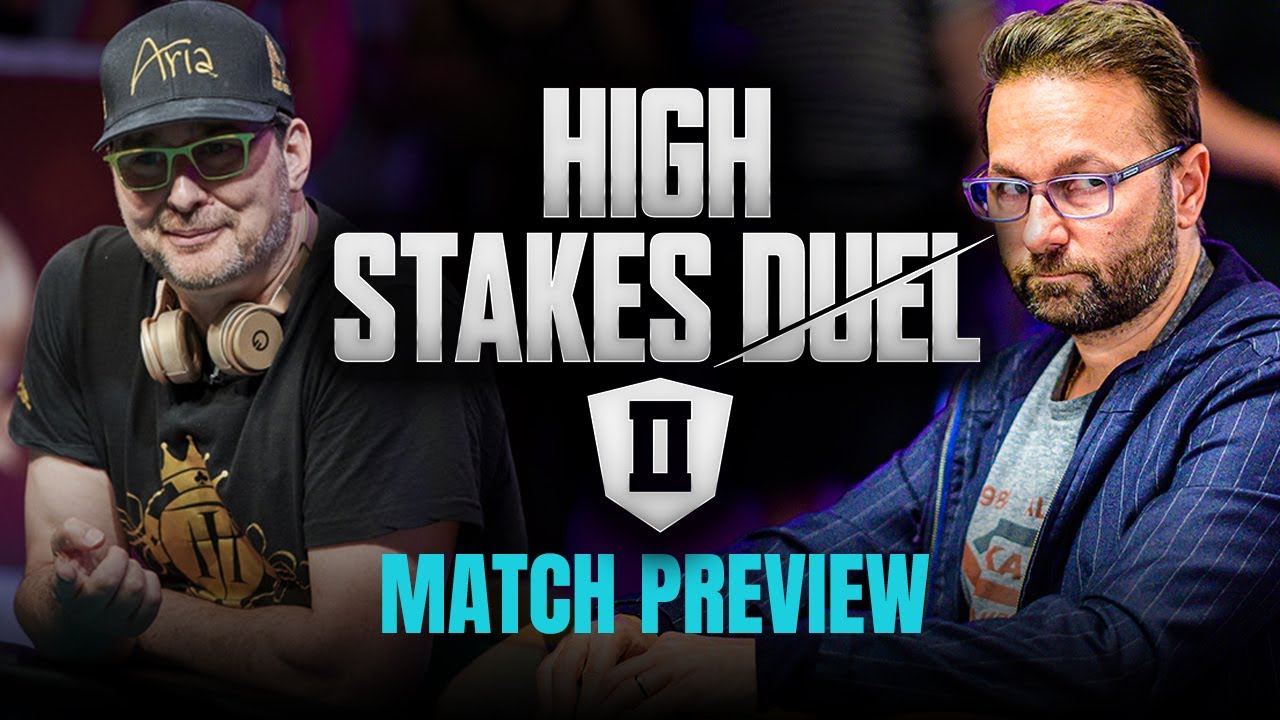 The poker legends, both Hall of Famers and two of the most popular players in poker history, will face-off for the second time on the PokerGO app on Wednesday, May 5 beginning at 5 pm PT. In Round 2, the pot will have $200,000 in it.

Hellmuth won the first match in March, a $50,000 buy-in game. He pulled off an improbable rally after trailing at one point by a greater than 19-1 margin. Negreanu let that one slip away, and per High Stakes Duel rules, must pay $100,000 to enter Round 2, while the Round 1 winner isn’t required to add a penny to the pot.

Why Hellmuth is the dog

Despite blowing a massive lead in Round 1, Negreanu is again a heavy favorite in Round 2. According to the PokerShares betting platform, owned by poker pro Mike McDonald, Negreanu is a -161 favorite, while Hellmuth is a +142 underdog. For those unaware of how sports betting lines work, if you bet on Negreanu and he wins, you’d have to pay $161 just to earn a $100 profit. If you bet on Hellmuth and he wins, you only have to risk $100 to profit $142.

It’s not always a smart play to chase the bigger win for a lower investment. Sometimes, the favorite is the best bet. In this case, however, a wager on the underdog makes the most sense. Why? Because Hellmuth is an undervalued heads-up player in the sit-n-go format, which is played on High Stakes Duel.

That’s not to say Hellmuth will win or that he should be favored. But the +142 odds PokerShares is offering are quite juicy. On the flip side, having to risk $161 just to win $100 on Negreanu in a format in which he doesn’t have a proven track record of success is, at least to me, not a winning proposition.

Negreanu is favored despite the Round 1 loss due to his improved reputation as a heads-up player. Against Doug Polk, he lost $1.2 million over 25,000 hands at $200/$400 stakes. Although that might seem like a ton of money, and it is, he was more competitive than most anticipated. Polk is one of the best heads-up No-Limit Hold’em players ever, so losing 30 buy-ins over such a large sample isn’t as horrible as it might seem.

Thus, the reason he’s so heavily favored against a poker player — Hellmuth — who doesn’t garner much respect these days from other poker pros, especially the heads-up grinders. Pros such as Polk, Fedor Holz, Bryn Kenney, Olivier Busquet, and even Negreanu have openly mocked Hellmuth’s poker talents in recent months.

I’m not going to argue with their assessments of Hellmuth’s talents. They’ve gotten to a level in poker that I, and 99.9% of all other poker players, could only dream of achieving. But I have followed Hellmuth’s career closely, and what I do know is, despite all the disrespect from the poker community, he’s been highly successful in sit-n-go matches.

On High Stakes Duel, he’s 4-0 in three matches against Antonio Esfandiari and one versus Negreanu. In 2017, he won three of four similar matches on Poker Night in America’s special four-player heads-up tournament, King of the Hill. He even defeated two heads-up giants, Polk and Dan “Jungleman” Cates.

You can criticize Hellmuth all you want for refusing to adapt to the modern GTO poker strategy. You can even claim that the game has passed him by, or that he’d be a fish in high-roller tournaments and cash games, if that makes you feel better. But on High Stakes Duel, which is the only thing that matters when betting on the match, he’s performed at a high level.

For that reason, given that he’s a fairly sizable underdog, you’re getting better value betting on Hellmuth than Negreanu, in my opinion.

you were spot on