Phil Hellmuth and Scott Seiver Will Pull Out the Big Guns in $1.6M ‘High Stakes Duel’ on Aug. 22

The heavyweight poker rematch between Phil Hellmuth and Scott Seiver will take place on Aug. 22 and, with $1.6 million on the line, the confrontation will be the biggest battle in “High Stakes Duel” history. 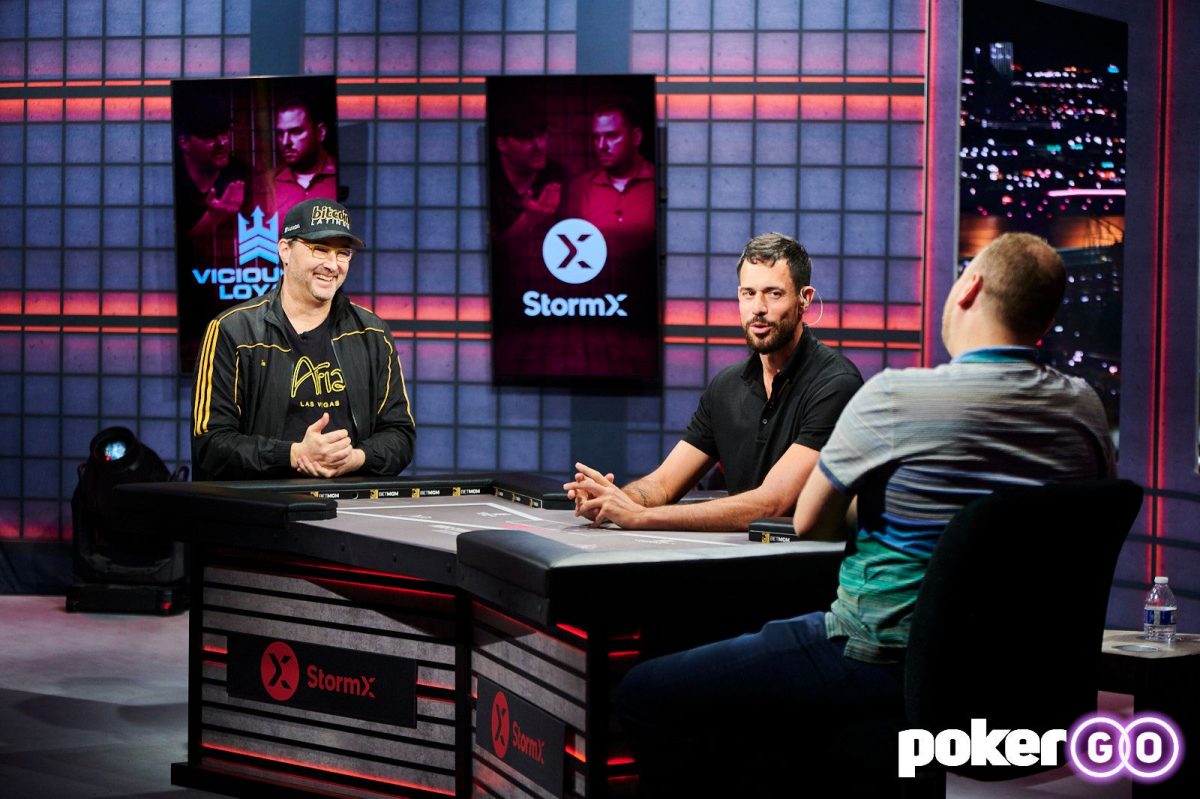 Phil Hellmuth and Scott Seiver are set to meet in another “High Stakes Duel” on Aug. 22. (Image: PokerGO)

The two last met in May when Seiver lost to Hellmuth in the winner-take-all, $800K battle. At the time, each player bought in for $400K, generating the single largest prize pool in the show’s history.

The formula behind “High Stakes Duel” is quite simple: the PokerGo show is a heads-up poker challenge that’s divided into rounds. A player must win three rounds in a row to cash out and walk away. If players advance to the fourth round or later, they can cash out after winning two consecutive times.

Buy-ins start at $50K per player and double in each round. A duel can last as long as eight rounds, which means the final round would have a buy-in of $6.4 million each and a prize pool of $12.8 million.

The loser of each round has 30 days to challenge the winner to a rematch. If the loser declines to exercise that option, other players can make the challenge. If no one challenges the winner within 30 days, the contest is over and they take home the money.

Hellmuth has been unbeatable throughout the first two seasons of “High Stakes Duel.”

In Season 1, he dispatched Antonio Esfandiari in three consecutive matches, taking home the prize pool of $400K. He did the same thing to Daniel Negreanu in Season 2, wiping the floor with his long-time rival three times in a row for another $400K.

After banking the three wins, Hellmuth could have accepted challenges from others, but he declined and cashed out.

A rockier road in Season 3

Season three hasn’t gone as smoothly for Hellmuth, but he’s still winning. He had to stage a comeback against F1 racing announcer and amateur poker player Nick Wright to win the first round, which took place at the PokerGO studios at the Aria last July.

Wright declined to lay down the $100K required to stage a rematch, so Tom Dwan stepped up for Round 2, giving Hellmuth his first loss by cracking aces with 9-3.

Hellmuth quickly asked for a $200K rematch, which he won.

Dwan bowed out from the competition following his loss, opening the door for Seiver to ante up $400K to try and take Hellmuth down.


A new rivalry in the making?

It took more than five hours for Hellmuth to dispatch Seiver in the fourth round and set the stage for the upcoming $1.6 million match.  The tournament ended when Hellmuth’s bottom two pair held up against Seiver’s top pair.


“I’ve had more fun playing with you than anybody else,” Hellmuth said after the match. “You handled yourself so well. You could have won this easily. It could have gone either way, you know that.”

If Seiver wins Round 5 and Hellmuth seeks a rematch, Round 6 would see the players return to compete for a $3.2M prize. If, on the other hand, Hellmuth wins, the season will come to an end and Hellmuth will retain his title.

If Hellmuth loses and doesn’t seek a rematch, Seiver will take the title so long as another high roller doesn’t step up with $1.6M that’s burning a hole in their pocket.