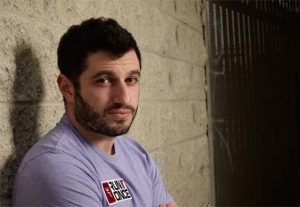 The online-only glory concept was set-up late last summer by Terrence Chan and Adam Schwartz as a way to recognize the players, industry insiders, and companies that have helped to make online poker the popular game it is today.

Doing away with many of the rules and stipulations that preclude some of poker’s best young players from earning a spot among the playing elite, the IPWOF is hosted on forum site 2+2, and is largely based on public opinion and personal preferences.

Since launching in August 2015, the forum thread of recognition has been graced by many of the game’s top online figures, including PokerStars founder Isai Scheinberg, former high stakes pro and part-time rapper Prahlad Friedman, and MTT maestro Chris Moorman.

Continuing the trend of inducting those who have changed the online poker landscape and inspired countless players, Chan and Schwartz recently paid tribute to Phil Galfond, Shaun Deeb, and Neteller.

When it comes to high stakes cash games, Galfond is consistently hailed as one of the best players of all time. And unlike many of his peers, such as Tom Dwan or Viktor Blom, who would sit in any game regardless of whether they had an edge or not, Galfond has always taken a more calculated approach to the game.

That strategy has not only allowed him to win more than $10 million on Full Tilt alone, but has also earned Galfond a reputation as one of the top teachers in online poker.

Like Galfond, Deeb was one of the original online legends, and since becoming a full-time player, the American pro has banked more than $6 million in the online arena.

However, as noted by Schwartz in the latest IPWOF thread, one of Deeb’s finest moments and a great reason to be named among online poker’s biggest legends is the time he pulled off an epic slowroll against Mike Matusow, as shown in the video clip below.

The final inductee (and one that might bring back some painful memories for Isaac Haxton) is Neteller. The online payment processor was once the number one option for online poker players around the world. Following the advent of the Unlawful Internet Gambling Enforcement Act (UIGEA), the company ran into problems with the US Department of Justice (DOJ) and was ultimately forced to close up shop for US online poker players.

After its founders were arrested and all of its assets frozen in 2007, a number of players found themselves sweating the fate of their bankroll, and none more than Haxton. The American pro had just finished second in the PokerStars Caribbean Adventure (PCA) for $800,000 and had his money transferred to Neteller.

Unfortunately for him, the timing hit just a few weeks before Neteller went into the federal deep freezer, leaving Haxton’s locked down with the DOJ.

Fortunately, the DOJ eventually agreed to release all funds to US poker players and Haxton got his money back before Neteller was forced to leave the US. In March 2014, and now under the auspices of Optimal Payments, Neteller was reintroduced, this time legally and fully regulated, to Internet poker players in the states of Nevada and New Jersey.

Given the company’s iconic position in online poker’s sometimes notorious history, Chan and Schwartz felt that Neteller deserved a spot in the IPWOF alongside the latest players to be inducted.