Fernando “JNandez” Habegger won’t compete against Phil Galfond in a heads-up pot-limit Omaha contest after all. The poker coach was apparently unaware that he was facing a stiff challenge, which is a bit odd considering Galfond has long been considered one of the best, if not the best, online PLO players in the world. 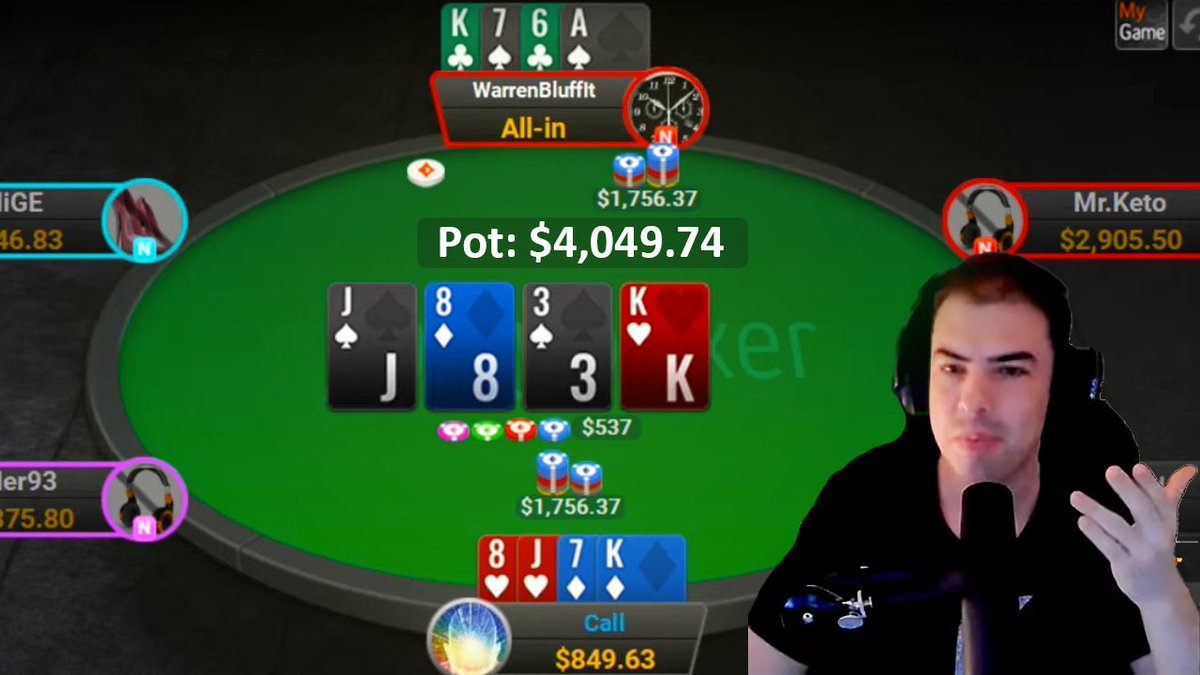 Habegger was the second of four players to accept the #GalfondChallenge. Bill Perkins, Dan “Jungleman” Cates, and Internet crusher “VeniVidi1993,” are all on board, at least for now.

“Jungleman” is the most confident, at least publicly, of the bunch. He essentially guaranteed victory when he told Galfond, “I’m going to break your spirit” to his face. That’s a stark contrast to Habegger, who for some reason, decided to take his ball and go home before any cards were dealt.

Galfond isn’t an imposing figure – he is neither big nor tall – but he’s a beast on the felt. During the Full Tilt Poker days, playing under the screen name “OMGClayAiken,” he crushed the highest stakes games, mostly at pot-limit Omaha.

Habegger initially offered a 50,000-hand challenge at $10/$20 stakes, but Galfond politely declined, as he prefers higher stakes. To sweeten the pot, he offered his $1 million against Habegger’s $200,000 as a side bet, awarded to the player who wins the most money during the 50,000 hands. “JNandez” couldn’t turn down such a juicy offer.

But he would later apparently discover that Galfond is a very good PLO player. Perhaps, too good for the PLO coach to handle. On Tuesday, Habegger announced his decision on Twitter to drop out of the challenge before any contract was signed.

He wrote that he wouldn’t have a problem getting staked for the match, but his “responsibility for maximizing my shareholders EV would call for a much more extreme preparation and execution than I originally intended.”

In layman’s terms, he came to the conclusion that a match against Galfond wasn’t going to be profitable.

When Habegger posted that tweet, he had to know the critics would come out of the woodwork. After all, this isn’t the first time “JNandez” backed out of an agreement. He once quit as a PLO coach for Upswing Poker to create his own coaching website, a move that infuriated Doug Polk.

Habegger and Polk feuded on social media following the fallout. “JNandez” went so far as to challenge Polk to a boxing match. The offer was declined, but who knows if Habegger would have even shown up for the fight.

Polk needed just one acronym to effectively describe his thoughts on this whole debacle.

Following his decision to back out of his heads-up challenge with Galfond, “JNandez” took some heat on Twitter.

“Playing 50k hands of 100/200 vs one of the best in the world would “take more extreme preparation and execution than you originally intended”? What kind of coach doesn’t realise the commitment? Amazed Phil isn’t holding you to the sidebet. Soft,” Twitter user @TurnRiva wrote.

LOL at challenging him to a boxing match. Really? Just like the old days we read about in poker …. not.