Phil Galfond is off to a rip-roaring start in the third Galfond Challenge. The Run it Once poker site founder has opened up a six-figure lead still in the early stages. But his opponent, Chance Kornuth, is far from down and out. 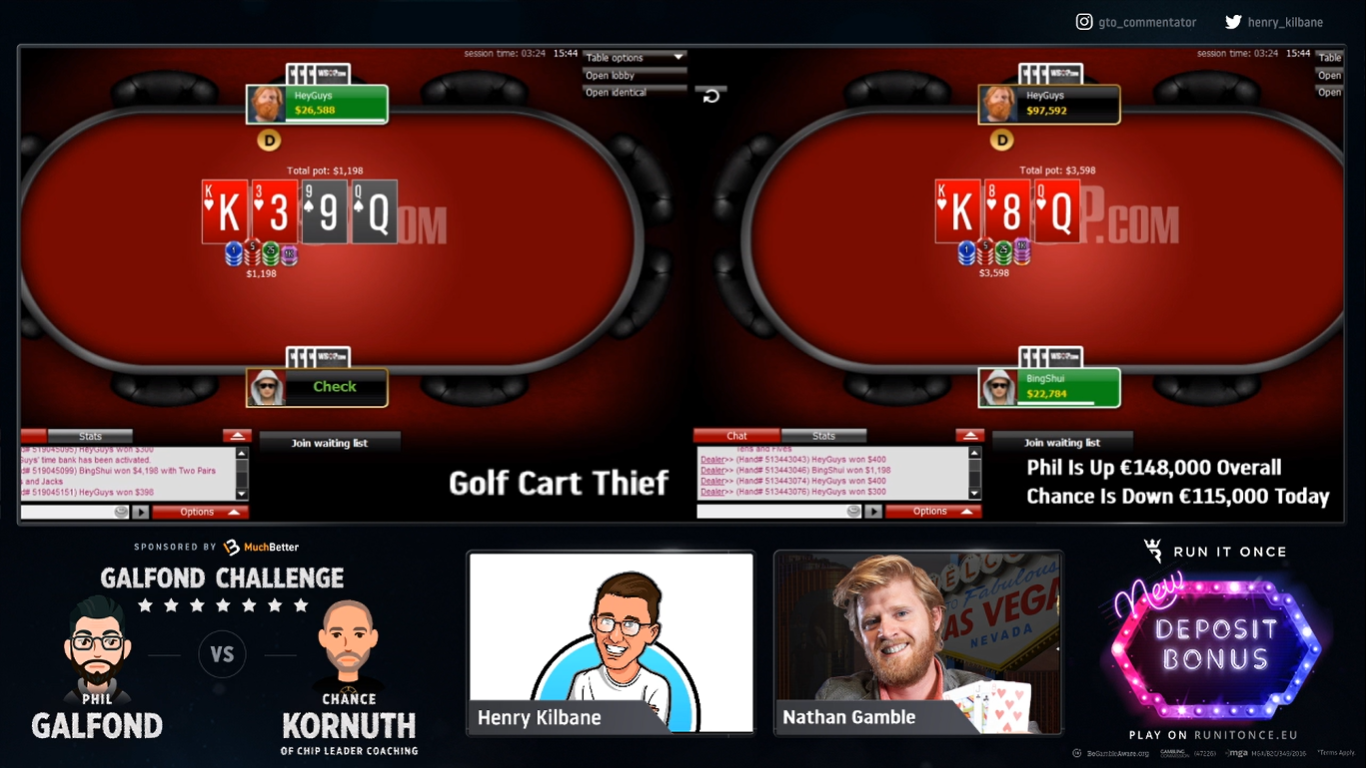 Galfond lost the opening session of the 35,000-hand match last week. He’s taken full control of the high-stakes pot-limit Omaha competition ever since.

On Thursday, the former Full Tilt Poker crusher booked a $125,000 win. Early on in the session, Galfond won a $48,000 pot with two-pair that held up against an over-pair and flush draw. Had Kornuth binked a favorable river card, perhaps the day would have gone better for him.

Galfond and Kornuth are competing on WSOP.com as both players reside in the US. Neither agreed to travel outside the country to play on Phil’s poker site, Run it Once. The poker stars are playing at the $100/$200 stakes, and also have a large side bet. Should the challenger win the Galfond Challenge, Kornuth would take home an extra $1 million. If Galfond wins, Kornuth owes him $250,000.

Through approximately 6,500 hands (18.5% complete), it appears Galfond is destined to take home that side bet money, along with the cash he wins throughout the match. But history suggests this match is still up for grabs.

Can Kornuth Rally to Win the Galfond Challenge?

The Run it Once founder is competing in his third Galfond Challenge this year. He won the first two matches against online poker pros, “ActionFreak” and “VeniVidi1993.” But neither match was smooth sailing for the PLO legend.

Galfond trailed by nearly $1 million before rallying to defeat “VeniVidi1993.” And although he led nearly the entire way against “ActionFreak,” he lost approximately $100,000 after a fast start. So, it’s far too early to write off Kornuth, especially in a high-variance game like PLO.

On Friday, the online poker grinders battled for approximately five and a half hours. Galfond again came out ahead in a big way, with approximately a $70,000 win, although the final totals aren’t yet official. That puts the challenge host up around $227,000. With consecutive big winning sessions, he’s now completely erased Kornuth’s huge $100,000+ profit day on Thursday.