PokerStars MicroMillions Kicks Off this Week

With PokerStars edging more toward the casual end of online poker’s player spectrum, another round of MicroMillions action is set to introduce more high-value innovations. 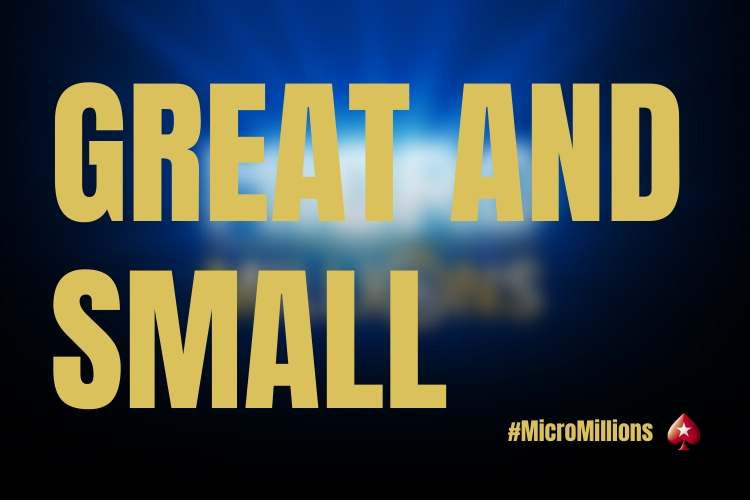 PokerStars is set to host another version of its ever-popular MicroMillions. (Image: PokerStars)

Now in its 16th season, MicroMillions is markedly bigger than it once was, and will offer players more chances to win than ever before.

Kicking off on Nov. 10, the online series has 147 tournaments scheduled, and at least $4.3 million in prize money up for grabs.

In addition to adding $500,000 more in guarantees than last time out, MicroMillions 16 will introduce regional leaderboards.

Instead of an international Player of the Series, PokerStars is focusing on local achievements in five regions:

The new structure should, in theory, make it easier for players to finish within the top 50 performers and win extra cash prizes. What’s more, it’s plays into PokerStars’ increasingly regionalized network.

Alongside these new innovations, MicroMillions 16 will stick with tradition and provide casual players with more value. Looking through the schedule, 41 events will cost just $1.10, while 58 of the MTTs will be non-Hold ’em showdowns.

Bringing the festival to a close on Nov. 24 will be the $22 MicroMillions Main Event. Costing $22 to enter, the closer boasts a $1 million guarantee and an eight-max, No Limit Hold ’em format.

For low stakes players, MicroMillions has long been a bastion of hope. With the legend of Chris Moneymaker still looming large, the dream of turning a small buy-in into fortune is what makes online poker a draw.

To capitalize on this, and generate as much interest as possible, PokerStars is serving up a smorgasbord of satellites. Costing pennies, the qualifiers will give grinders more ways to take part in what’s arguably best value series in online poker.

Although MicroMillions has been a longstanding offering from PokerStars, it has more significance than ever. Given the operator’s evolution over the last five years, casual players have become much more of a focus.

This shift has often caused tension among those who remember PokerStars as the home of high-stakes action. Even though there is still plenty of value for pros, the winds of change have altered the landscape in recent years.

With innovations such as anonymous tables aiming to protect casuals, PokerStars is more of a haven for novices than it once was. MicroMillions fits nicely into that ethos, and that could make the latest event a record breaker.

Micro Millions looks very interesting to me, i will join the game.

It is a very attractive event, ideal for online poker, because the buy-ins are very suitable. I think it will be very popular!