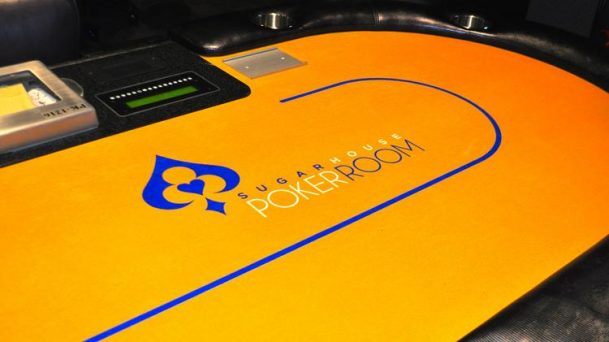 Pennsylvania’s brick-and-mortar poker room revenue was on the rise in March. There’s no guarantee that fact will have a positive impact on a pending online poker bill, but it can’t hurt.

The 10 Keystone State land-based poker rooms combined to rake in $5.4 million last month. That’s a slight increase from the $5.17 million generated in March 2016. While many states, including Nevada, have seen a decline at the poker tables, Pennsylvania has gone the other way.

More than one-fourth of that revenue came from Parx Casino ($1.4 million). Sands Bethlehem, a Philadelphia-area casino owned by Sheldon Adelson’s company, brought in $1 million from poker in March.

SugarHouse, another Philadelphia-area casino, generated $798,000 last month from its poker room. It was a busy month for the popular casino, hosting Poker Night in America and the highly anticipated Mike Dentale versus Cate Hall heads-up grudge match.

On the other side of the state, Rivers Casino in Pittsburgh brought in just over $684,000. This poker room has 30 tables and hosts major events throughout the year.

Poker rooms in Pennsylvania have been consistent in recent months. During February, the card rooms in the state generated $4.9 million in revenue. That was almost identical to that month’s 2016 figures. The same casinos raking in the most dough in March did the same in February.

That may seem like revenues have dropped off the 2016 pace, but the most profitable months are yet to come. In most states, including Pennsylvania, the summer months are the best for poker rooms.

Pennsylvania lawmakers have been debating an online poker bill the past few years. Many expected legislation to pass last year but to no avail.

The bill remains a hot topic in the state. On one end of the spectrum, Rep. Tom Murt (R-152nd District) has proposed a measure that would criminalize online gambling. On the other, Rosita C. Youngblood (D-198th District) is fighting to make it legal for poker sites to receive a license to operate in the state.

One of the main reasons advocates of online poker want it legalized is to help the state meet its annual budget. The lawmakers are most certainly paying attention to revenue generated in brick-and-mortar card rooms which, as previously mentioned, are doing well.

Could the success of live poker rooms in Pennsylvania have a positive impact on the pending internet poker bill? Keystone State poker players hope it will.