Online poker players may soon be able to play legally if Pennsylvania state senators succeed in bringing a bill to a vote this year. While bills have floundered in the past, two state representatives expect legislation some time this year. 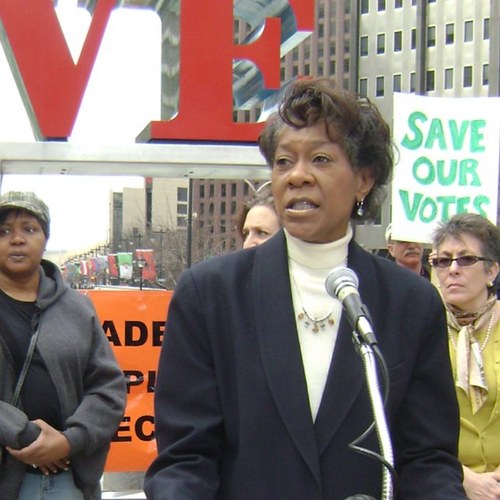 George Dunbar (R-56th District) and Rosita C. Youngblood (D-198th District) sent out a memorandum to fellow members of the Pennsylvania House of Representatives on Wednesday. The message encouraged others to join them in supporting online gambling.

“In the near future, we will be jointly introducing omnibus gaming legislation that will protect consumers, maintain and improve the competitiveness of Pennsylvania’s casino industry and generate needed revenues for the Commonwealth,” the memorandum began.

The House passed a 2016 bill to legalize internet gaming but it never made it past the Senate. Despite high expectations to get something done last year, Pennsylvania’s poker players are still unable to play online legally.

Despite being in different political parties, Representatives Dunbar and Youngblood agreed on the benefits of legalized internet gambling and voiced that solidarity in the memorandum.

“Pennsylvania casinos are an integral part of the Commonwealth’s economy; to date, the industry has sustained 18,000 living-wage jobs and generated $11 billion in tax revenue that has benefited local communities, homeowners, the agricultural community and our General Fund.

“As impressive as these numbers may be, the General Assembly cannot afford to rest on its laurels and hope these numbers continue into the future. The Pennsylvania General Assembly must pass legislation to allow our gaming industry to adapt to the challenges of increased competition from other states,” they penned.

The proposed measure would regulate and tax internet gambling, allow gaming tablets in international airports, require operators to pay a licensing fee, and impose consumer protections on and tax fantasy sports websites. The bill doesn’t differentiate poker from other forms of gambling.

John Pappas, executive director of the Poker Players Alliance (PPA), wrote an op-ed in The Philadelphia Enquirer on January 30 titled, “Pennsylvania must approve online gaming to help budget.” In the article, he used a nearby casino town as an example, stating gambling revenue in Atlantic City increased last year for the first time in a decade.

“According to the chairman of the New Jersey Casino Control Commission, current operators increased revenue from slots and table games by 2.1 percent, while online gaming revenues shot up by 32.1 percent – accounting for nearly $200 million just from online,” Pappas wrote.

Why should lawmakers in another state care? Pappas says the news should be a “wake-up call to Pennsylvania legislators concerned about a $600 million budget shortfall.” He suggested online gambling is one way for the state to “re-imagine government.”

No timetable has been set on when the House will meet to discuss the proposed legislation. But, along with the PPA, many lawmakers in the Keystone State are making a strong push to get online gambling legalized quickly.

to be honest, im super worried about getting fenced in in PA…