Pennsylvania Online Poker Gets Love and Hate, Like It’s Donald Trump or Something

Two amendments to Pennsylvania’s gambling laws, both of which sought to legalize online poker, went to a vote on the floor of the state House of Representatives yesterday, and both were rejected. 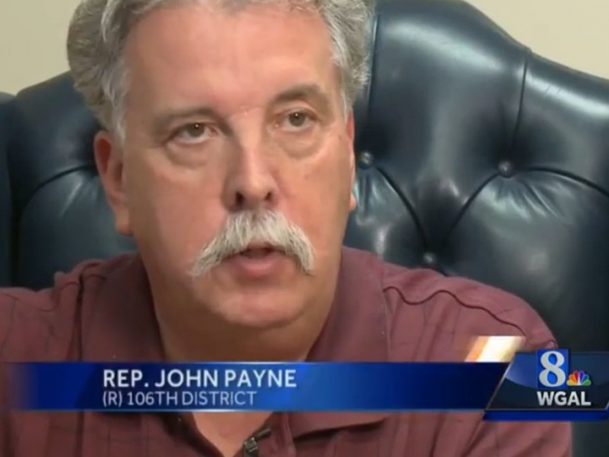 No Payne, no gain: Pennsylvania State Representative John Payne’s amendment to legalize online poker and gambling may have been voted out due to a big misunderstanding. (Image: WGAL TV)

But in a surprising move immediately afterwards, both bills were unanimously voted for reconsideration, which means another hearing and vote will take place as soon as possible, maybe even before this week is up.

Confused? Well, a pervasive sense of puzzlement still reigns about exactly what went down on the floor of the House in Harrisburg on May 24, and it seems that the fight for legalized online poker may have been the victim of a case of mistaken identity. But more on that later.

While both amendments sought to legalize online poker and online casino gaming, the motion which poker fans were pinning their hopes on was Representative John Payne’s A7619, which was almost identical in language to the online poker bill he has been pushing for over a year.

Amendment A7622, meanwhile, was similar, but also included the expansion of video gaming terminals (VGTs) beyond casinos and into airports and off-track betting parlors. While VGTs have minority support in the House, they are considered poison in certain political circles. And Pennsylvania’s land-based casinos, somewhat unsurprisingly, are universally opposed to the machines’ expansion.

There had been concern among proponents of online poker that Payne’s Internet gambling bill would be tied to the contentious VGT legislation, which might derail the whole thing.

There was a sense of relief, then, when the two amendments were presented as two separate motions, a dynamic that would give the pure online gaming legislation a greater chance of passing.

But here’s where things got a little out of whack. Payne was listed on the docket, erroneously, as the author of both amendments, despite the fact that he only supported A7619 and voted against the VGT-friendly A7622.

It was clearly a mistake, as A7622’s author was Representative Mark Mustio, and as OPR’s Steve Ruddock noted, the resulting confusion meant that an unknown number of A7622 supporters voted against it by mistake, believing it to be Payne’s bill. It seems that these same House members, natural supporters of gambling expansion, then voted against Payne’s bill, in an effort to force the reconsideration.

Either way, we are likely to find out very soon.