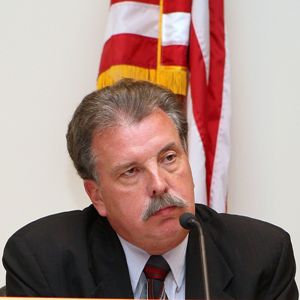 Representative John Payne has said that his online gambling bill is due for legislative action in the spring and that “at least some” measures should be approved by July. (Image: abc27.com)

Payne introduced bill HB 649 last year that aims to authorize and regulate online casino gaming and poker in his state, as well as proposing some provisions for land-based gambling expansion, such as the extension of casino liquor licenses and the adoption of skill-based slot machines.

The representative said this week that his bill is due for legislative action in spring and that “at least some” of the measures proposed by HB 649 will probably be approved by July.

“Look, we need revenue,” he said. “They’re not going to find votes for (higher) taxes in an election year. So I would think gaming will be a component.”

In November 2015, HB 649 sailed through the House Gaming Oversight Committee, which is chaired by Payne, without amendments and with a majority vote of 18-8.

But from there, it largely took a back seat, as state lawmakers focused on overcoming their seven-month-long budget impasse. Hopes that the bill, or aspects of it, might be included as part of a 2016 budget plan appear to have been overly optimistic, although since the impasse is ongoing and shows no sign of immediate solution, there is still hope.

Pennsylvania Governor Tom Wolf (D) has called for a tax increase of over $1 billion to deliver a record boost in public school aid and to fix a long-term $2 billion deficit. But Republicans eager to find alternative means of generating revenue other than raising taxes may find online gaming to be a potential solution.

Wolf, while not a natural proponent of Internet gambling, has at least declared himself to be “open to a discussion.”

Under the terms of the Payne bill, only the state’s existing land casino licensees would be eligible to apply for an online gaming version, which would cost them $5 million to obtain. These new licensees would then be taxed at a rate of 14 percent of gross gaming revenue. A study commissioned by the Legislative Budget and Finance Committee asserts that online gambling could boost state coffers by $120 million in its first year.

HB 649 is very much for interstate liquidity sharing and Pennsylvania would be by far the most populous state regulated to date, should it choose to do so.

Payne also announced recently that he would retire at the end of this legislative session.

“Being a state representative is an honorable position and one that I’ve taken very seriously,” he told local TV station Fox 43. “While I will miss many aspects of this job, I have decided it’s time to begin a new chapter in my life; one that includes more time spent with my family.”

Obviously, he would like to leave a legacy of helping to solve Pennsylvania’s financial problems before he leaves office, and he’ll likely push his online gaming bill as hard as possible before he steps down.