Penn National is set to become the largest gaming operator in the United States if a proposed $2.8 billion deal to acquire Pinnacle Entertainment is approved by regulators. If approved, the amalgamation would change the gaming landscape across the country. 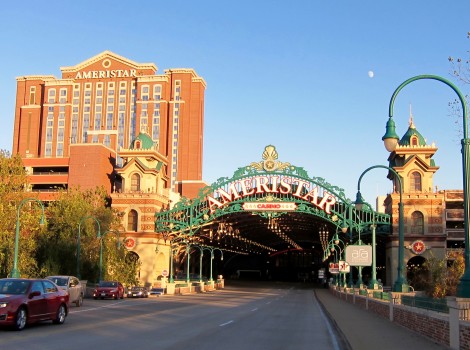 In 1972, Penn Gaming began as a single racetrack and is now the largest regional gaming operation in North America, with 38 US regional properties. Meanwhile, Pinnacle owns and operates 16 gaming facilities in 11 jurisdictions across the country.

“We’re going to be paying $2.8 billion to acquire Pinnacle Entertainment, which will enhance our opportunities to be the largest regional casino out there,” said Eric Schippers, senior vice president of public affairs for Penn National Gaming.

The deal will see Pinnacle shareholders receive $20 for each of their shares, plus 0.42 shares of the new combined company. It will increase Penn National Gaming’s casino properties to 41, allowing the company to expand into new states such as Louisiana, Iowa, and Colorado. In addition, they will take over Las Vegas’ Tropicana and M Resort.

According to Las Vegas brokerage Union Gaming, approximately $10 billion in US casino acquisitions have occurred in the past few years.

“Casinos are not like a Walgreens that you can open on any corner,” said Union Gaming analyst John Decree. “There is a finite supply [of licenses].”

One unanswered question concerning the deal is the future of the Heartland Poker Tour (HPT), which is currently owned by Pinnacle. That asset will also go to Penn, who previously operated the now-defunct Hollywood Poker Open (HPO), but it’s not yet known what impact that’ll have.

While it opens up the possibility of adding current Penn properties to the HPT schedule, it may result in the tour losing stops at the aforementioned properties being sold to Boyd. For example, the HPT’s most recent event, the HPT $2,500 Championship, attracted 316 entries to the Ameristar St. Charles. Poker pro Ari Engel won that tournament for $162,154.

“I wonder what this means for the future of St. Louis poker,” player Tone Wallace asked in Facebook’s St. Louis Poker Club. “Will we lose HPT which is owned by Pinnacle?”

“I think this is a very bad thing for St. Louis poker,” wrote Brett Kunin. “This is the beginning of the end of the HPT.”

The HPT currently has 10 events listed for the upcoming year, including at Ameristar St. Charles and Indiana Belterra.

I played at this AmeriStar it was quite fun and the buffet was superb. The service excellent,Never had a bad moment while I was here

Interesting to see how the casino industry is consolidating. What makes the 4 Casinos being sold to Boyd so special to eliminate monopoly issues? Are they located near existing Penn National properties?