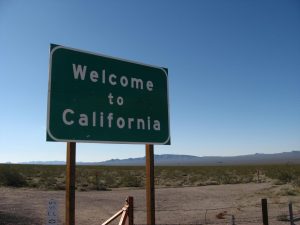 Ahead of the May 27 hearing of California’s latest iPoker bill, the Pechanga Tribe of Indians has retracted its support. (Image: travelactiontour.com)

The fate of online poker in California took a knock earlier this week after the Pechanga Tribe and eight of its allies decided to rescind their support (read: neutrality) of Adam Gray’s AB 431 bill.

Up until late last week the Native American tribe hadn’t been opposed to Gray’s proposal and was broadly aligned with PokerStars and its closest California ally, the Morongo Band of Mission Indians.

However, in a letter to the Appropriations Committee dated May 21, the tribe and its allies confirmed they will no longer be supporting the bill now or at any stage.

According to a tweet by Chris Krafcik, the group believes AB 431 would be “directly counterproductive to any iPoker efforts” within the state.

In defense of the bill, the PokerStars/Morongo coalition directed its own letter to the Appropriations Committee a day later, outlining the benefits of Gray’s proposed legislation.

Using the argument that regulated online poker would mean a safer environment for players, the letter is a clear attempt by the two bodies to distinguish regulated iGaming from illicit sites that currently offer services to California poker players.

“Authorizing online poker will be good for millions of consumers and poker players who will benefit from a safe, regulated, commercial gaming environment where they are protected. Every year that California fails to act not only puts consumers at risk while playing online games from offshore localities,” read the letter.

This isn’t the first time the Pechanga Tribe has turned its back on Gray’s legislation.

In the early stages of is lobbying efforts, Gray was forced to make some last minute changes in order to satisfy the demands made by a coalition led by Pechanga.

Disagreements on All Sides

When the initial hearing took place Pechanga stated its position as neutral; however, this neutrality has now switched to outright opposition.

According to the letter addressed to the Appropriations Committee, AB 431 would do little to advance iPoker regulation in California as it fails to address some of the main disagreements between the relevant parties.

As it stands, the Pechanga led coalition sit in opposition to PokerStars/Morongo and the horseracing/labor coalition and, until these parties can agree terms, the chances of regulation being passed look slim.

Although most are agreed that regulation is a good thing for the state, the financial implications of who gets what and which side owns what stake in the industry are a major sticking point.

With AB 431 being heard on May 27, the landscape of what may happen in the coming weeks should become a little clearer. However, in all likelihood, talks of regulation will probably continue moving at a less than desirable pace.

Hasn’t this gone on long enough … far enough ?? Why is it that the Indians think they should be the ones to decide and control what is good for Californians ??

What the Hell did poker ever have to do with Native American Indians that THEY should control everything about it ??

Two things stand in the way of agreement to move California online gaming forward: (1) The dirty PokerStars company; and (2) the leadership as presently influenced at Morongo.

As to the dirty PokerStars, this text explains its unwholesome status:

“Under the terms ‘of a Justice Department lawsuit alleging bank fraud, money laundering and violations of gambling regulations against it,’ PokerStars . . . will pay $547 million to the Justice Department and $184 million to poker players overseas owed money by rival website, Full Tilt Poker.”

We do not need criminal companies doing business here in California. And for shame to any state official who considers involving the dirty PokerStars even for a nanosecond. Just say goodbye to PokerStars.

Yet Anthony Miranda now works for the Morongo Band of Mission Indians in some capacity, behind the scenes, dirtying Morongo’s online gaming position if for no other reason than his presence there. The leadership at Morongo should reconsider its association with Anthony Miranda. His presence taints Morongo.

After all, a sensible citizen must suspect that because a leopard does not change its spots, Anthony Miranda very likely has been receiving some kind of reward from the dirty PokerStars for his continuing influence on Morongo to stay with the dirty PokerStars.

The State of California must reject the dirty PokerStars, and Morongo should consider the same for Anthony Miranda.

Then tribal leadership and the elected state leadership can work with the legitimately involved parties to move ahead with a clean online gaming law.